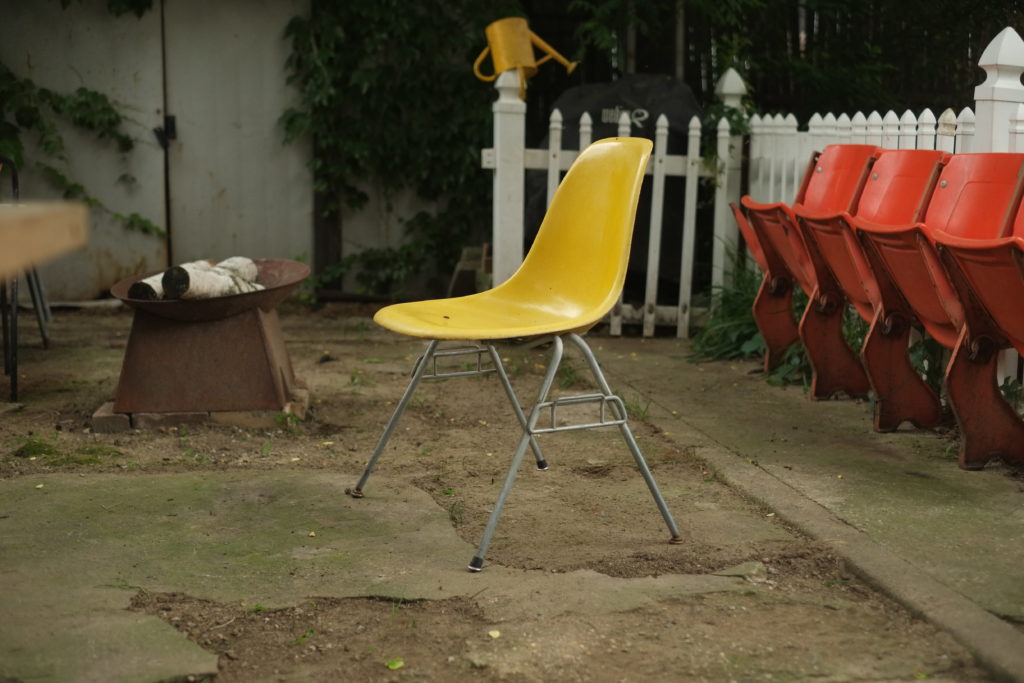 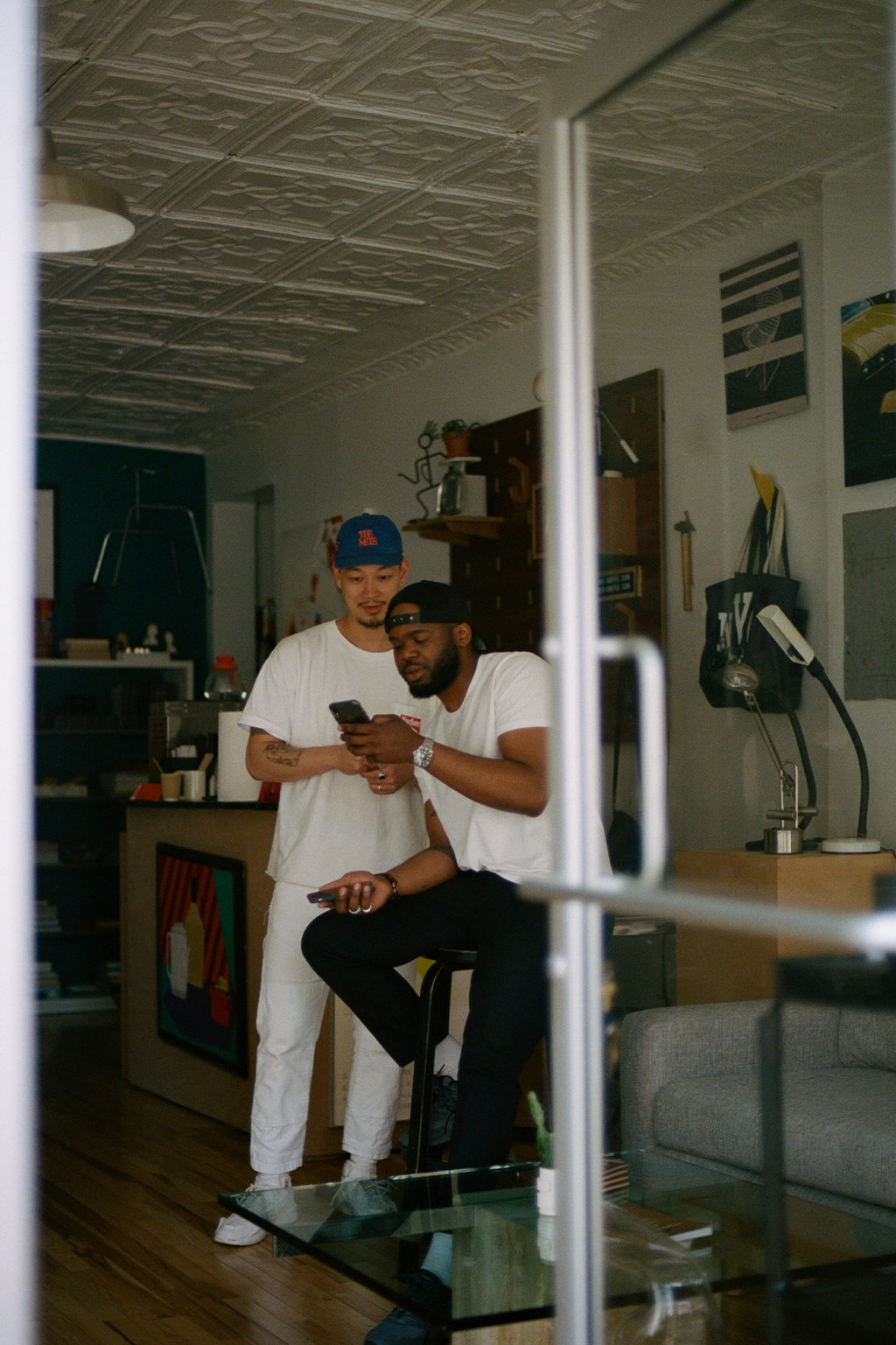 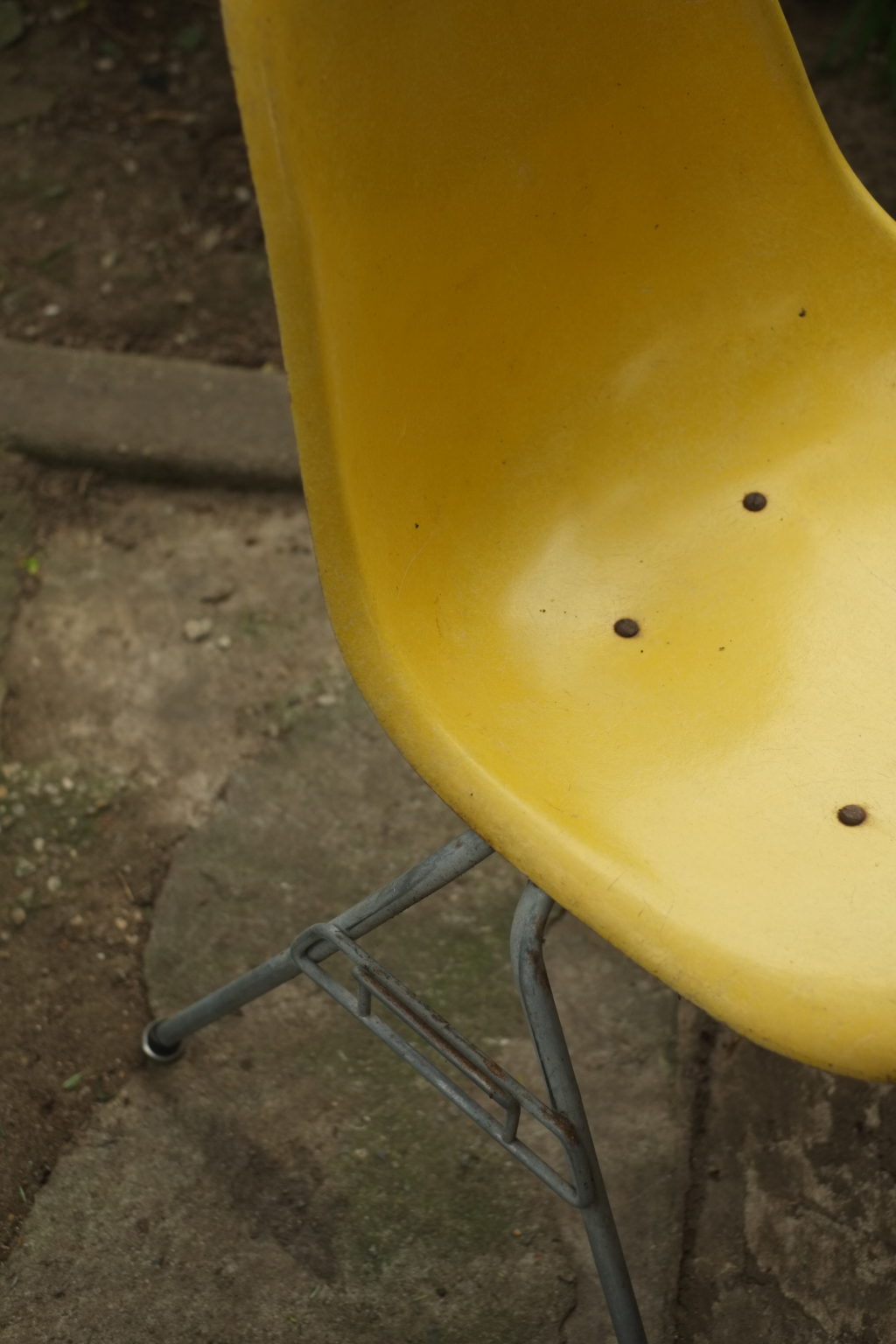 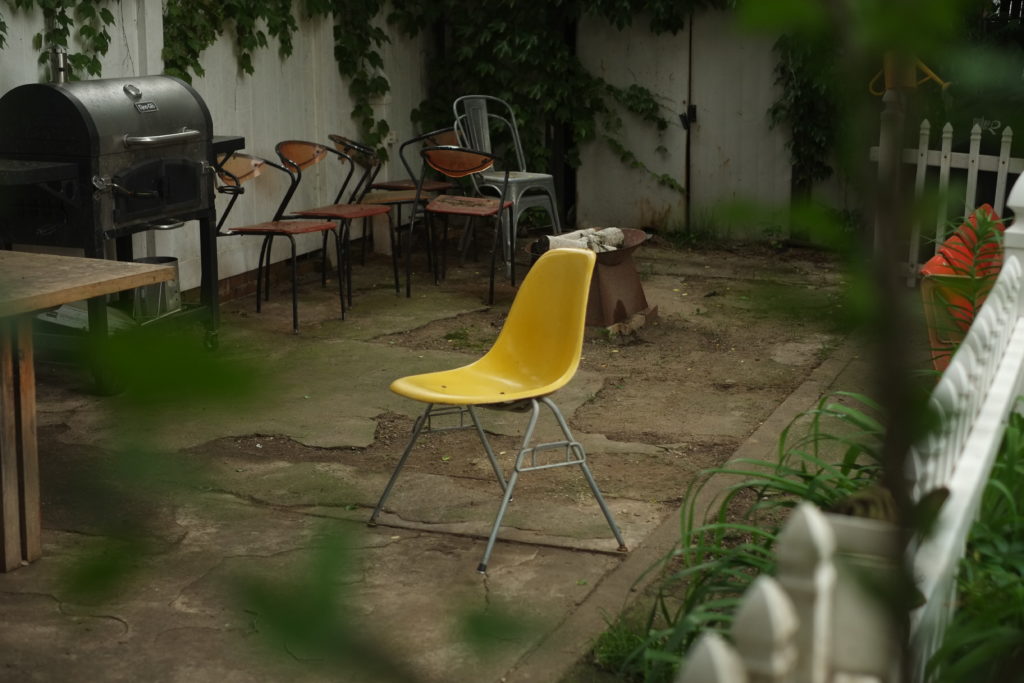 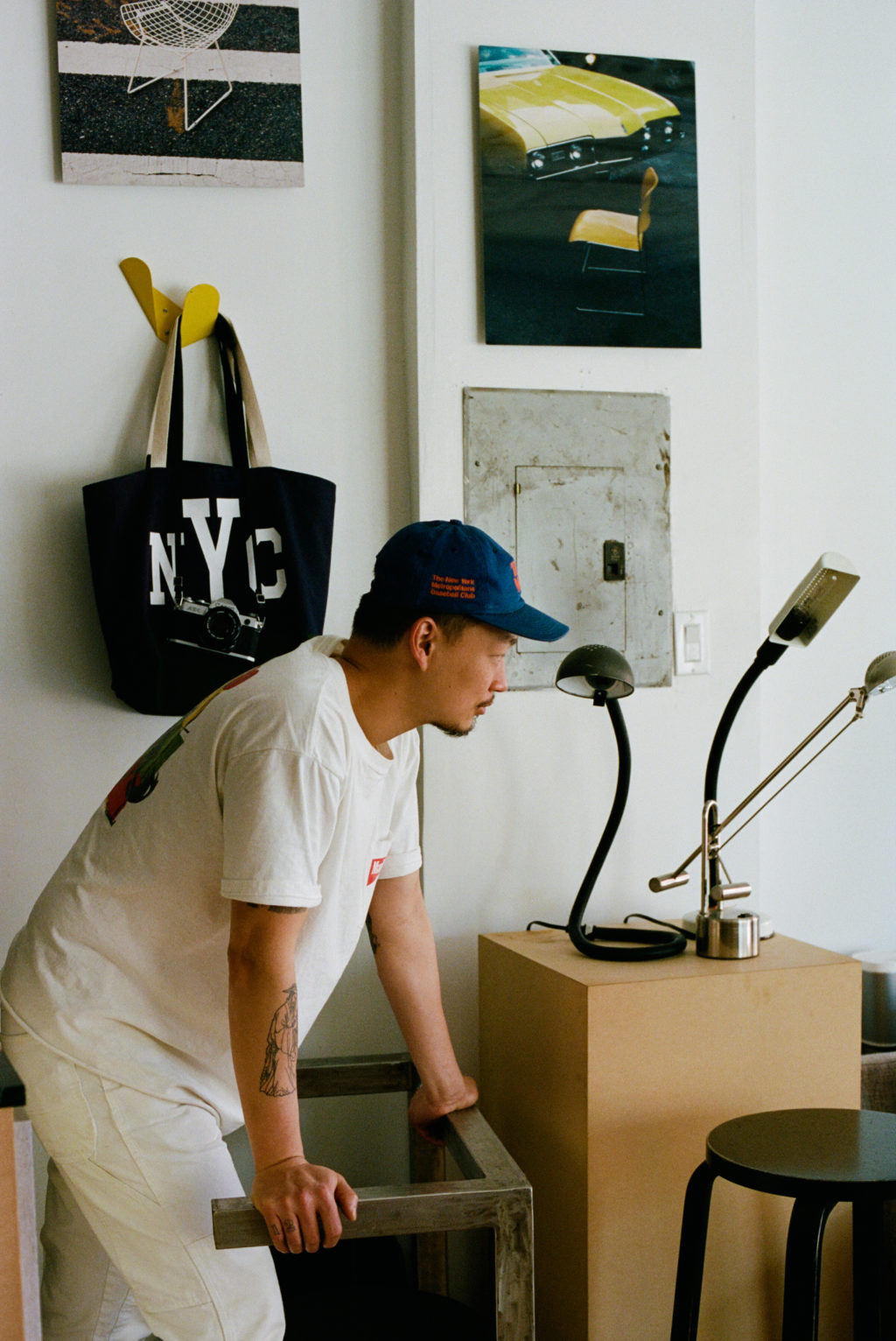 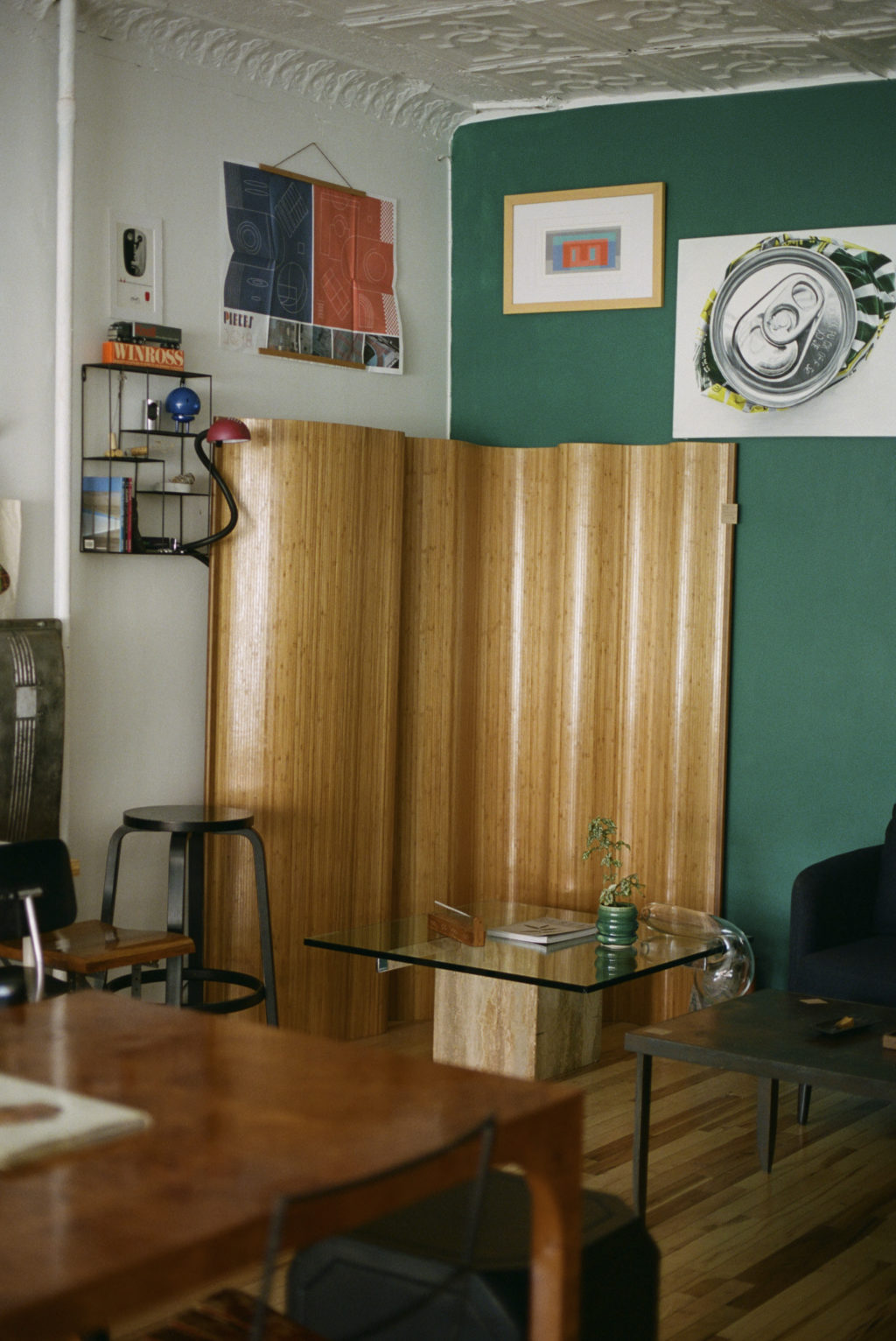 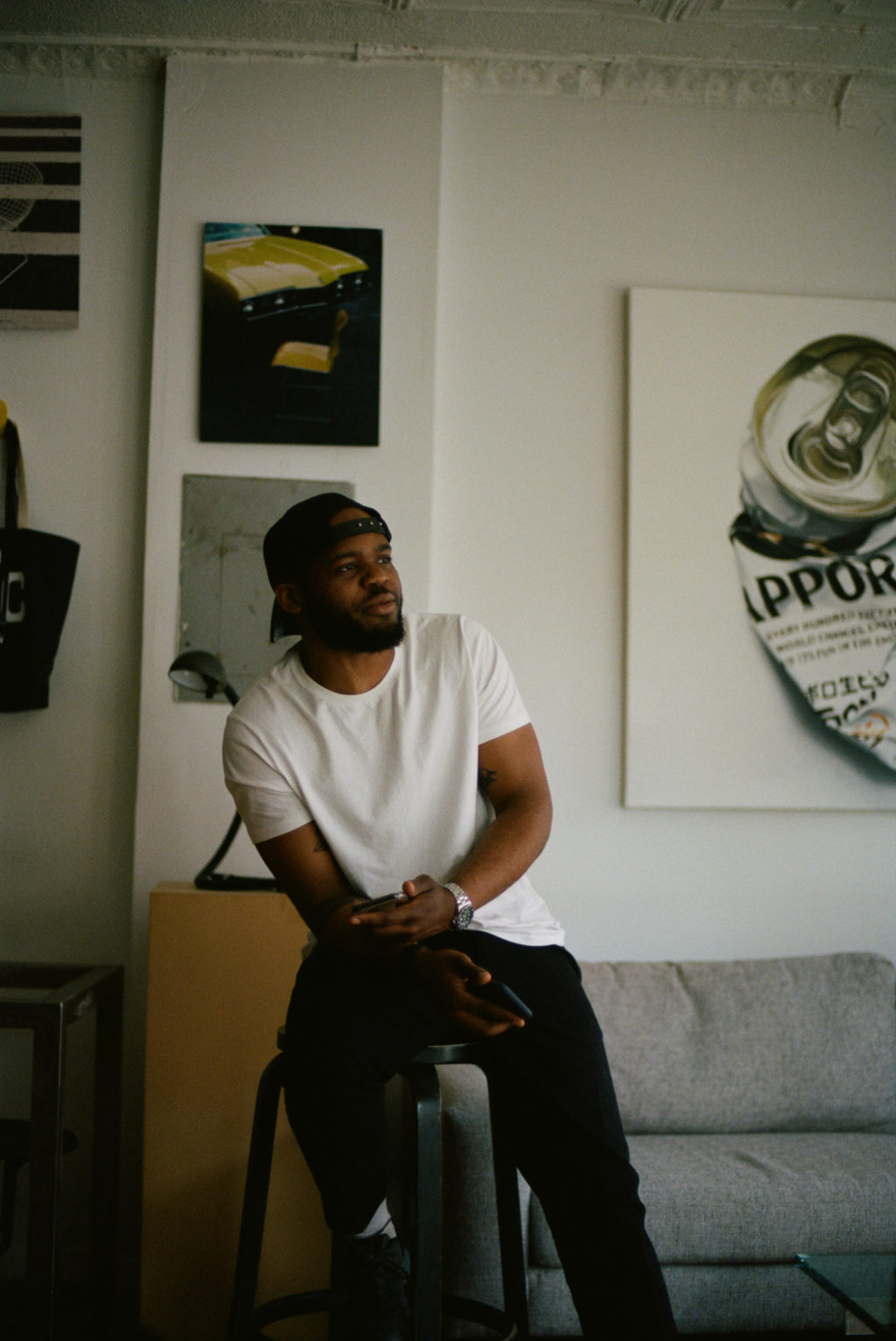 As you get older, it’s less about what you wear and more about how you live.

They’re a hybrid force offering a creative blend of journalism, styling, social media marketing and are well versed in staging objects and furniture. They must have the sauce as it all happened organically. In fact, Ed got into selling furniture by accident having to sell a bunch of pieces to accommodate his new smaller place during a move.

ED: “I made a killing from selling a few IKEA items and learned that it’s less about the pieces and more about the value you create for someone.”

JARED: “Perhaps it’s our similar response to economic hardship that forms a unified go get it mentality. Being raised having to got get it, means we’re speaking to a new tribe of people that didn’t grow up having money but still appreciate well design things."

THE OBJECT: Yellow Eames Chair. For Sale 100.00 on craigslist.

This hustle is where their paths crossed. Jared’s dad bought a set of four Eames chairs for him. Three were gray and one was yellow. He loved the chair, it just didn’t balance the set so he posted the yellow one for 150.00 on craigslist. Edward offered 100 and when they met up Jared instantly realized Ed had a similar vibe. They had a few more meet ups, combined forces and decided to turn the model into a business.

Fueled by their similar passions and an equal entrepreneurial lust, they formed LICHEN and started selling from a storage space and in short order became a dynamic space nested in Brooklyn.

Perhaps Edward may have reached out to inquire about a different item. After all they share a lot of connections in the local furniture scene, but maybe not. Perhaps, there was something about that Yellow chair. Call it fate, or just plain hustling there’s no denying it,  that yellow chair was the catalyst for a unique union.

JARED: “You put so much work into building a community online, yet it’s weird when people from online run into each other in our space.”

For the Duo the LICHEN store is the apex of what they’ve worked to build on social media. They’ve created a reason for people to come together that otherwise wouldn’t. Two people can become friends that live across the street but never had a reason to have a conversation.

Varied styles, varied pockets. LICHEN offers a non-pretentious come
as you are vibe.

We like to have regulars that drop in having nothing to do with them buying a piece. We keep the buying pressure down. NYC is expensive and we keep our pricing non-offensive. We don’t want anyone feeling bad or afraid to come into the space because they can’t afford anything here. We meet you where you are.

We’re not shopping for ourselves and approach everything with our tribe in mind. It’s like styling for our community,  picking pieces and setting the prices. We’ve curated an open space where colorful interesting people coalesce around amazing things. It results in organic connections that would have otherwise never occurred.

“As you get older, it’s less about what you wear and more about how you live.”

“LICHEN sounds high design, but we’re not Scandinavian and we don’t have crosses through the O’s in our names.We’re making opposing variables converge in the same sphere. “

JARED: Wherever you to travel to rubs off on you. Traveling to Denmark changed my perception of value and things. Every Airbnb was styled amazingly. I started to worry less about what I was wearing and more about how I wanted to live. We like the notion that LICHEN includes people in a conversation that they otherwise would not be invited to. High design is often relegated to affluent, well-traveled individuals. We’re bringing these artifacts to Brooklyn and making them part of your everyday.  Edward and I are people of color and that fact is very important.

If I’m a 21-22 and just trying to figure life out I’d want to come across a LICHEN. We didn’t come of age with an Asian, or African American exposing us to design in vector that felt culturally relevant.

Occasionally, people come into the store and ask to speak to the owners because they don’t expect to see two urban POC (People of Color) doing anything legacy design related. Let’s face it, the Herman Miller’s and Braun’s of the world don’t spend top marketing dollars trying to reach us.

And, we embrace turning that idea on its head. They’re urban dwelling hip people that seek high design. We’re keeping the craft and sophistication but are being bold enough blast hip hop in an atmosphere with the Eames DCM chair. In a calculated and artful manner that bridges streetwear to home-wear.

OBJECTS > THE LEGACY OF THINGS

I could write a book “My grandfathers things". My earliest memories of furniture objects are of pieces my grandfather had that I discovered our basement. They weren’t designer, but they were timeless, beautiful and got me thinking. “What am I going to leave behind.”

Most POC don’t have heirlooms. I’m hoping the things I collect in my lifetime will last. The first designer piece I purchased was a Bikini wire Eames chair, for 200USD.  I can’t remember the gentleman that sold it to me, but what he said stuck. "It was here before us, it will be here after us.”

That’s sort of when it hit, “Fuck,” I really don’t have anything to hand down to another generation. Most young people today, aren’t thinking that way.  Today trends towards, living selfishly and fast fashion.

WHAT’S SOMETHING PEOPLE DON’T KNOW ABOUT LICHEN, BUT YOU’D WANT EVERYONE TO HEAR? WE’RE OBSESSED!

People don’t know how much work goes into what we do. Social media makes it look all too easy.  People love coming here seeing new things and having great conversations.

But, what they don’t see is us driving our beater van to bumble fuck North NYC to score unique pieces, going up flights of steps delivering things, chopping, fixing and all the hurdles that come along with procuring all of these unique things.

You have to be obsessed and little crazy for this to work. It’s hard work, but doesn’t feel like work. We’re passionate.

If we see an amazing chair in Connecticut we’ll find a way to go get a it, bring it back here and sell it for way less than what anyone else would sell it for. But there’s a reward we feel when people can get things they couldn’t before. We’re contemporary design Archeologists. And, the history behind some of these pieces is not what you expect it to be.

It’s like adult show and tell and it never get’s old!

Edward Be & Jared Blake partnered in 2017 combining years of experience in collecting, selling and trading designer furniture throughout NYC.

Together they aim to create a community of like-minded individuals enthused by music, culture and design. 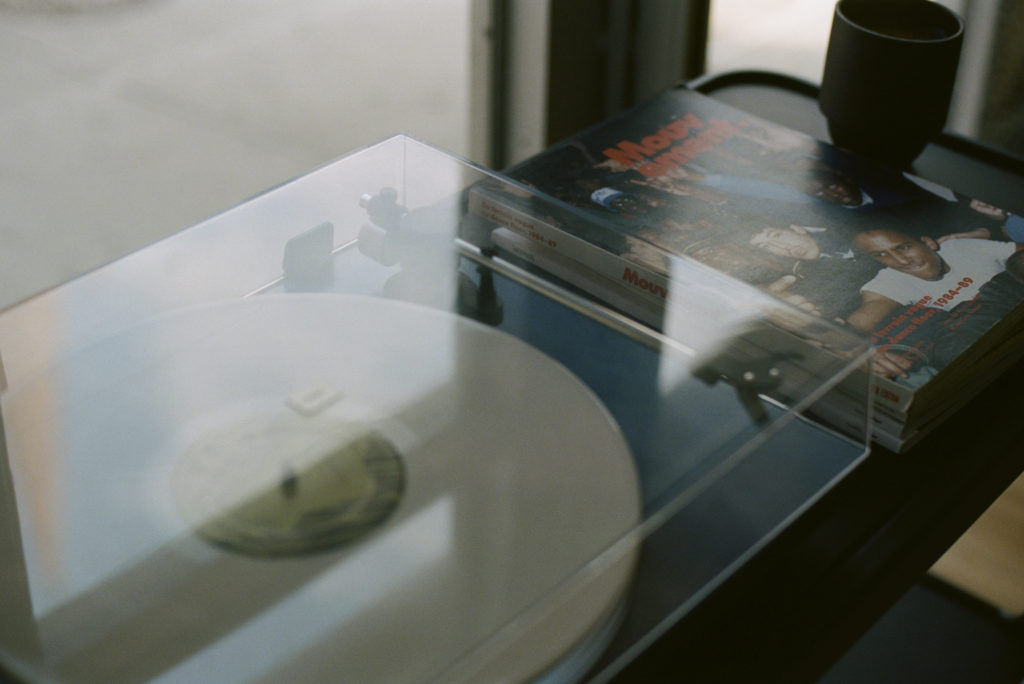 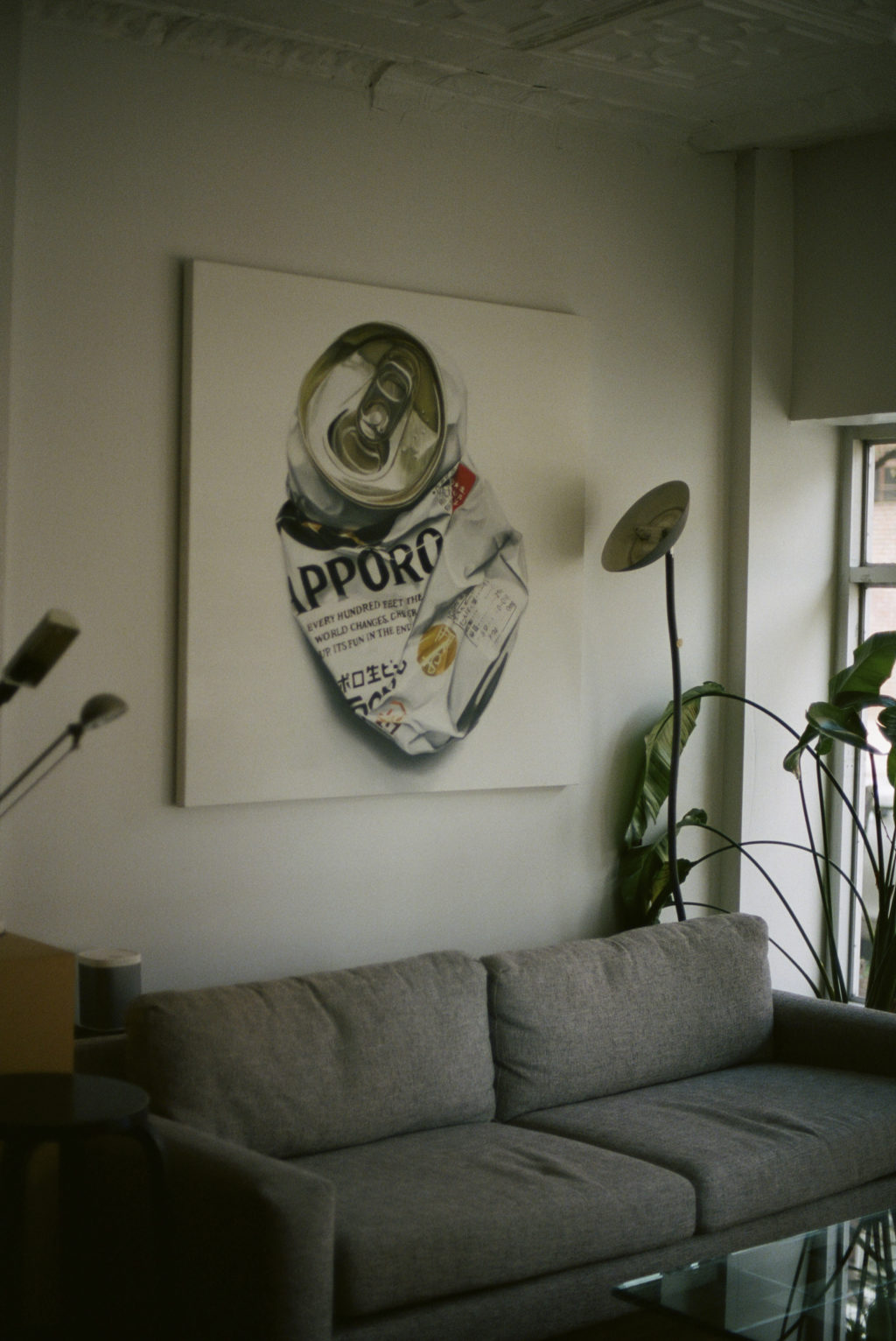 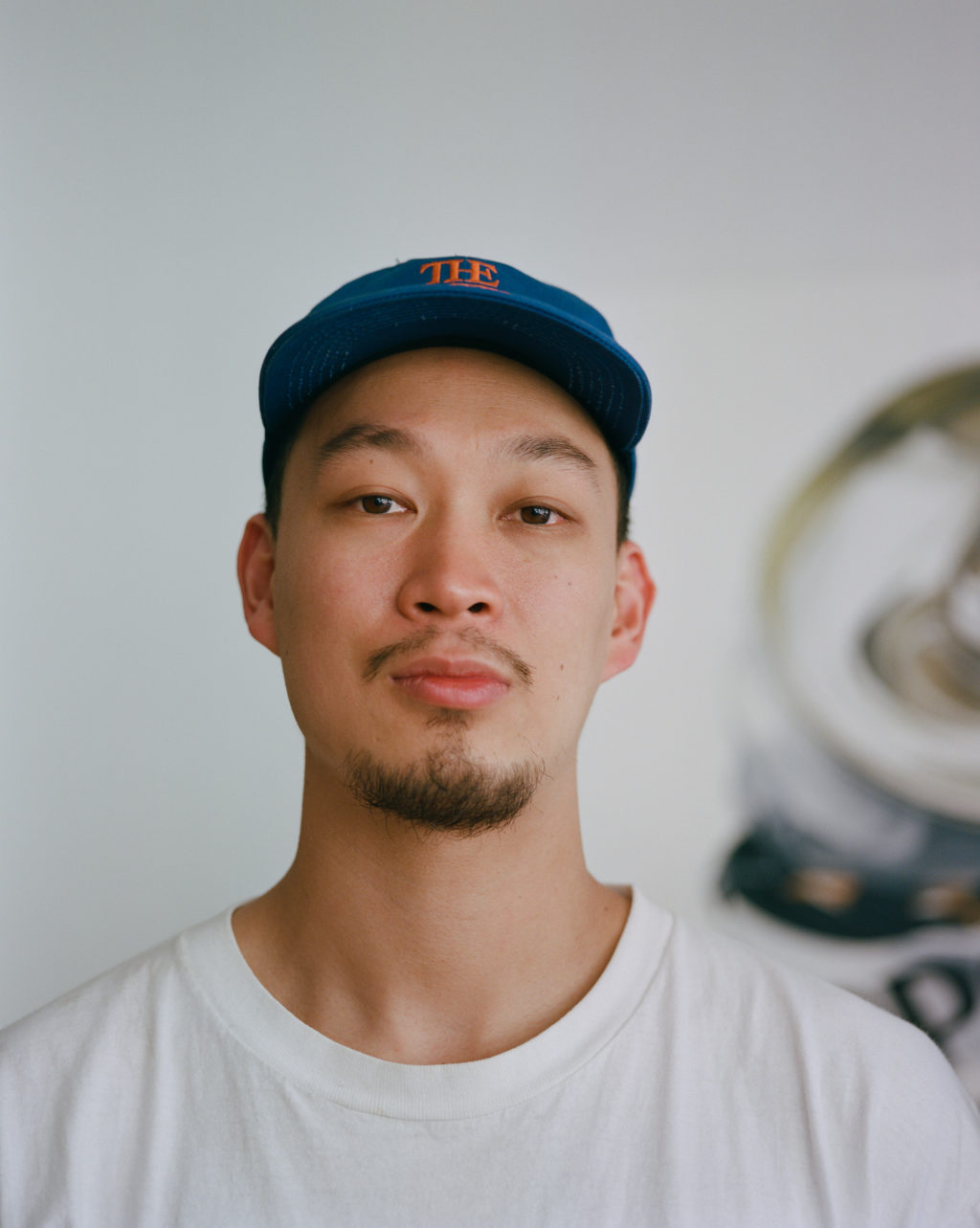 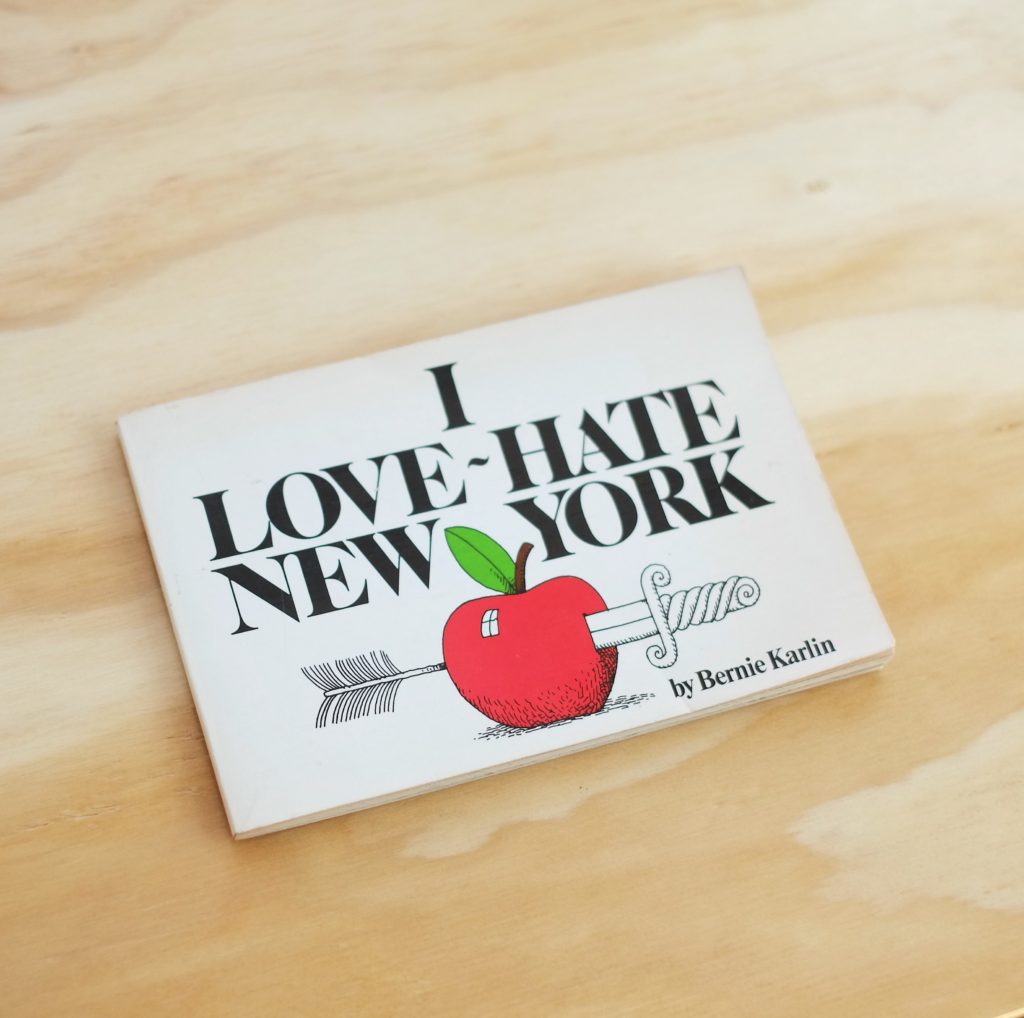 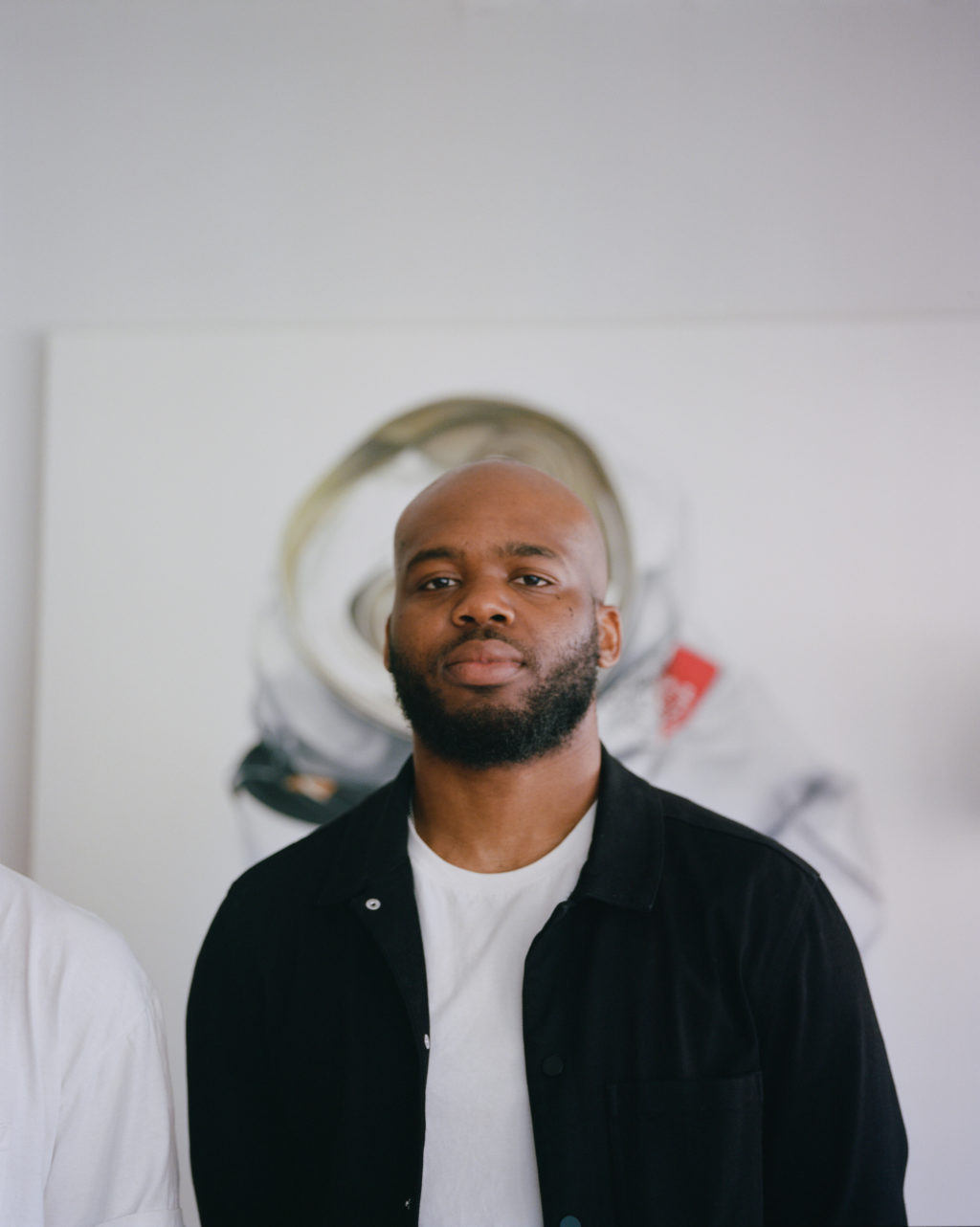