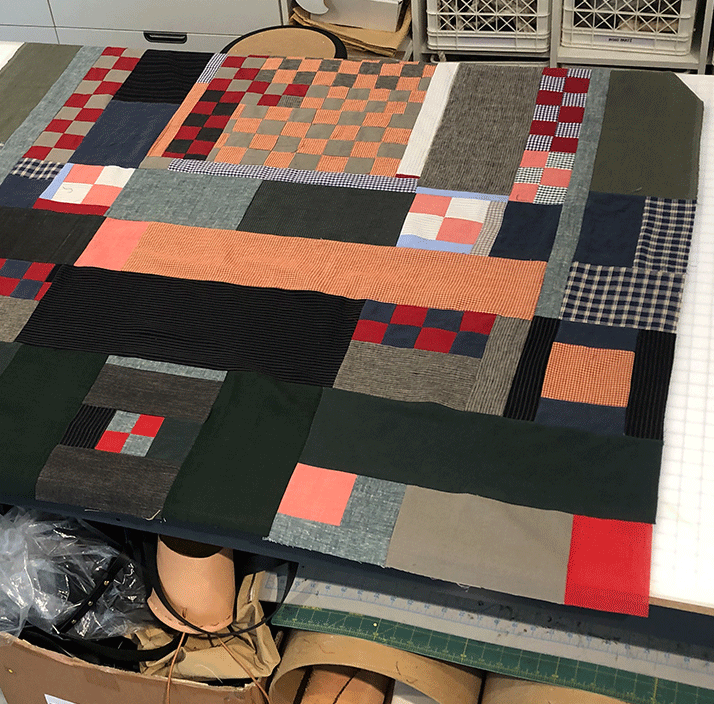 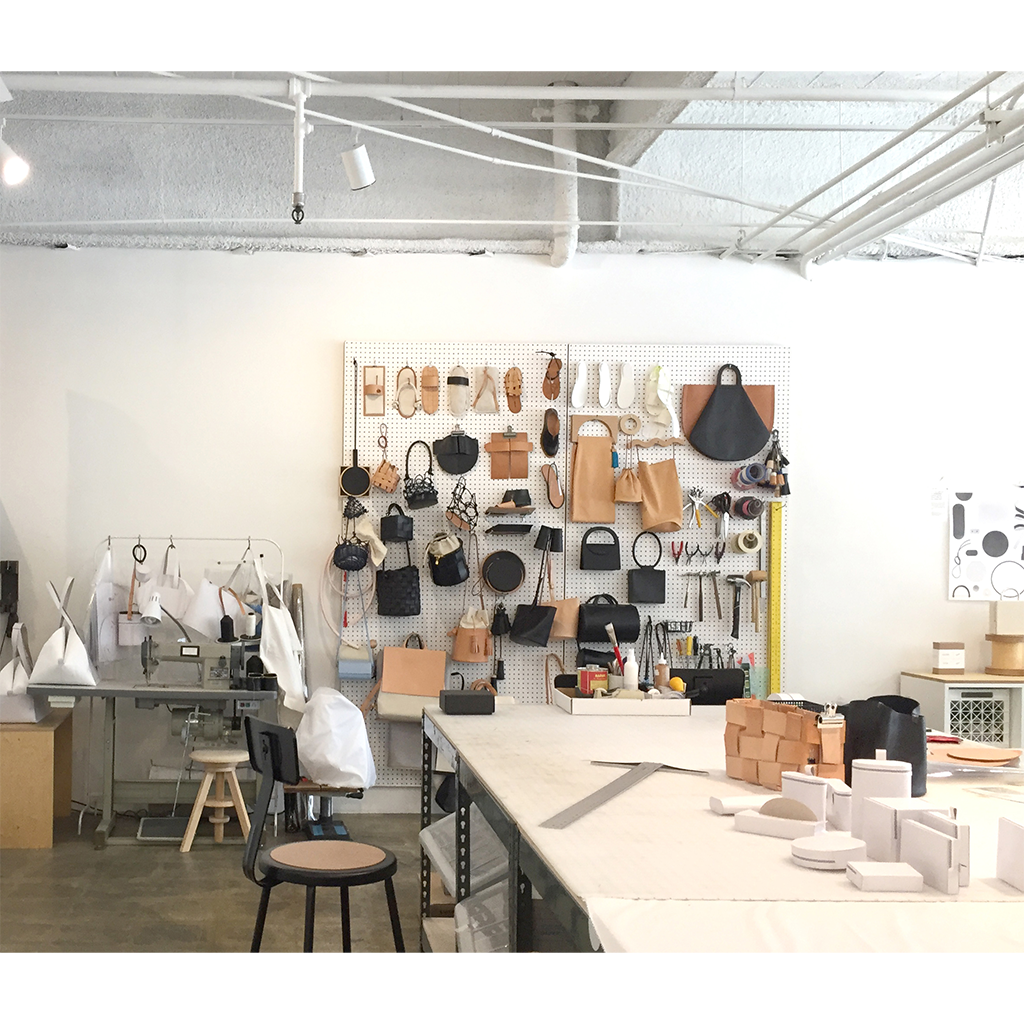 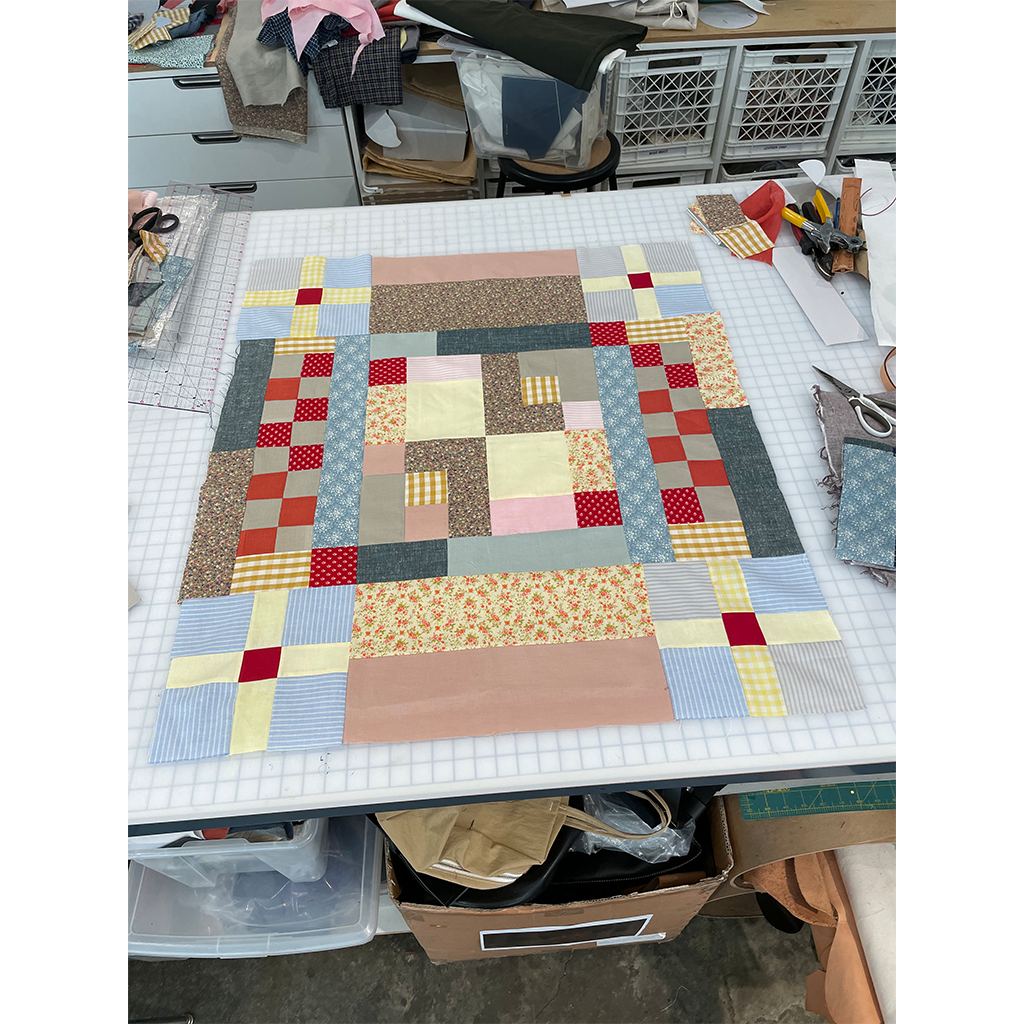 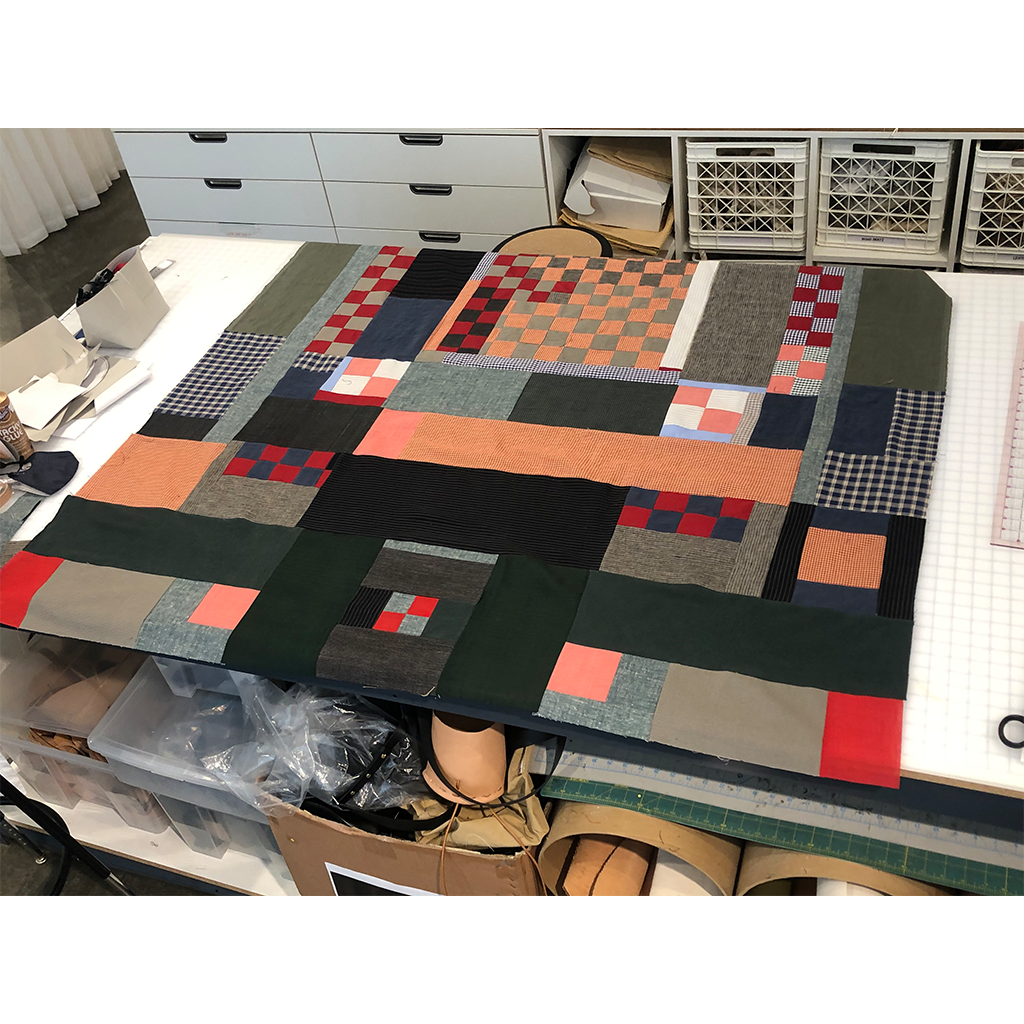 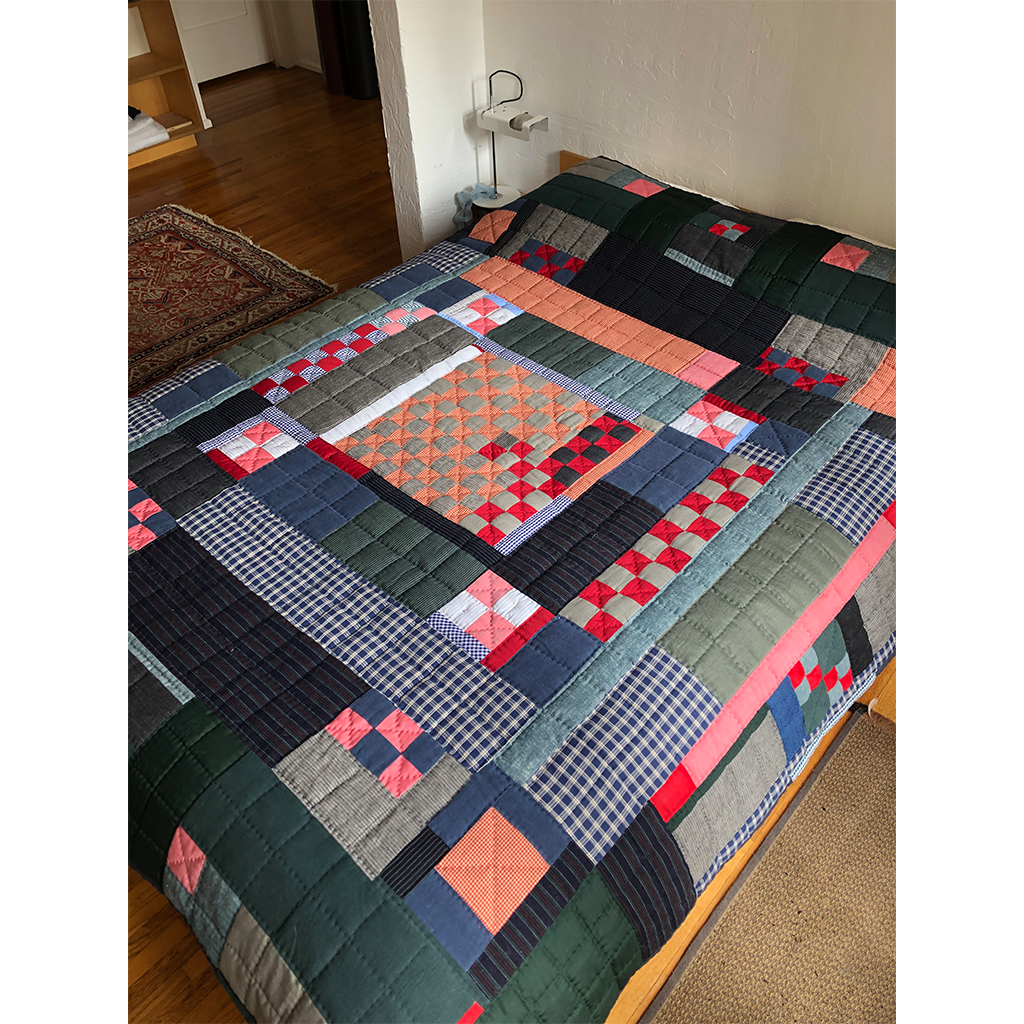 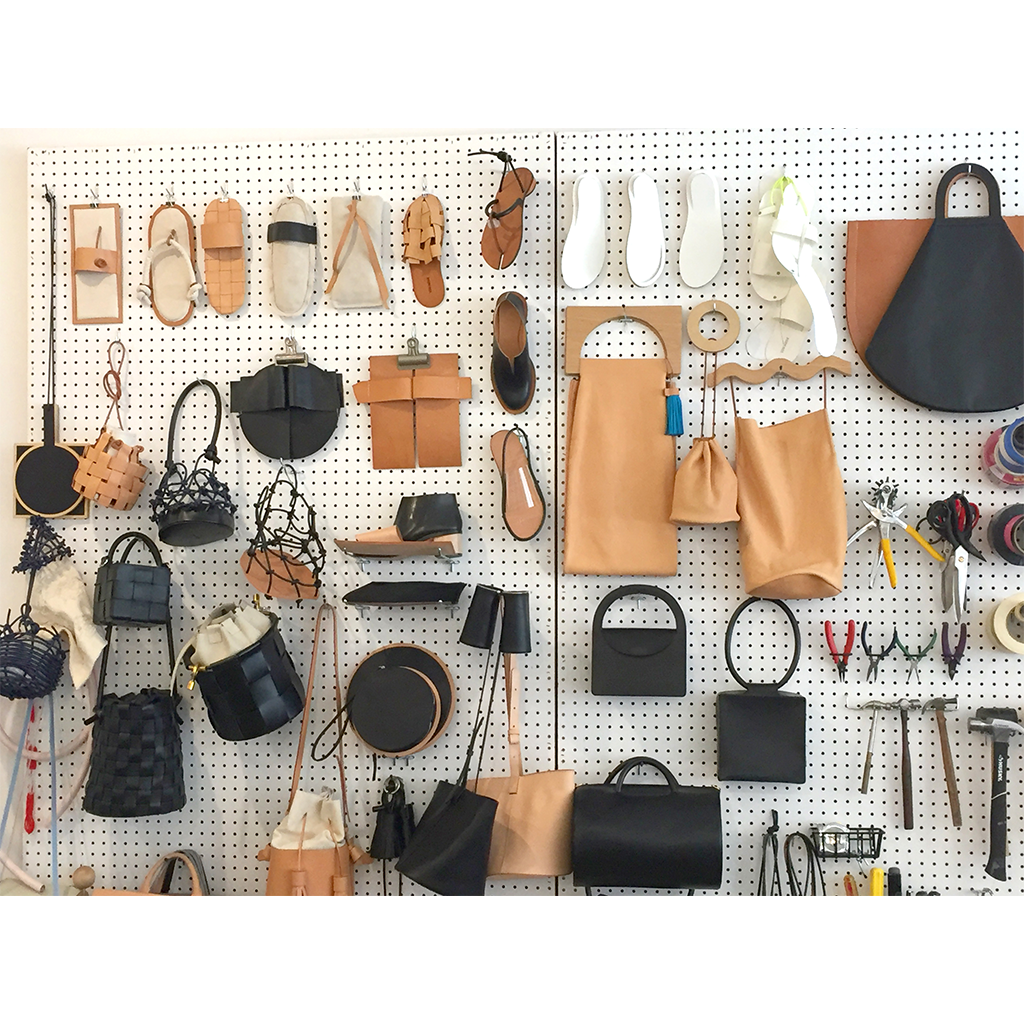 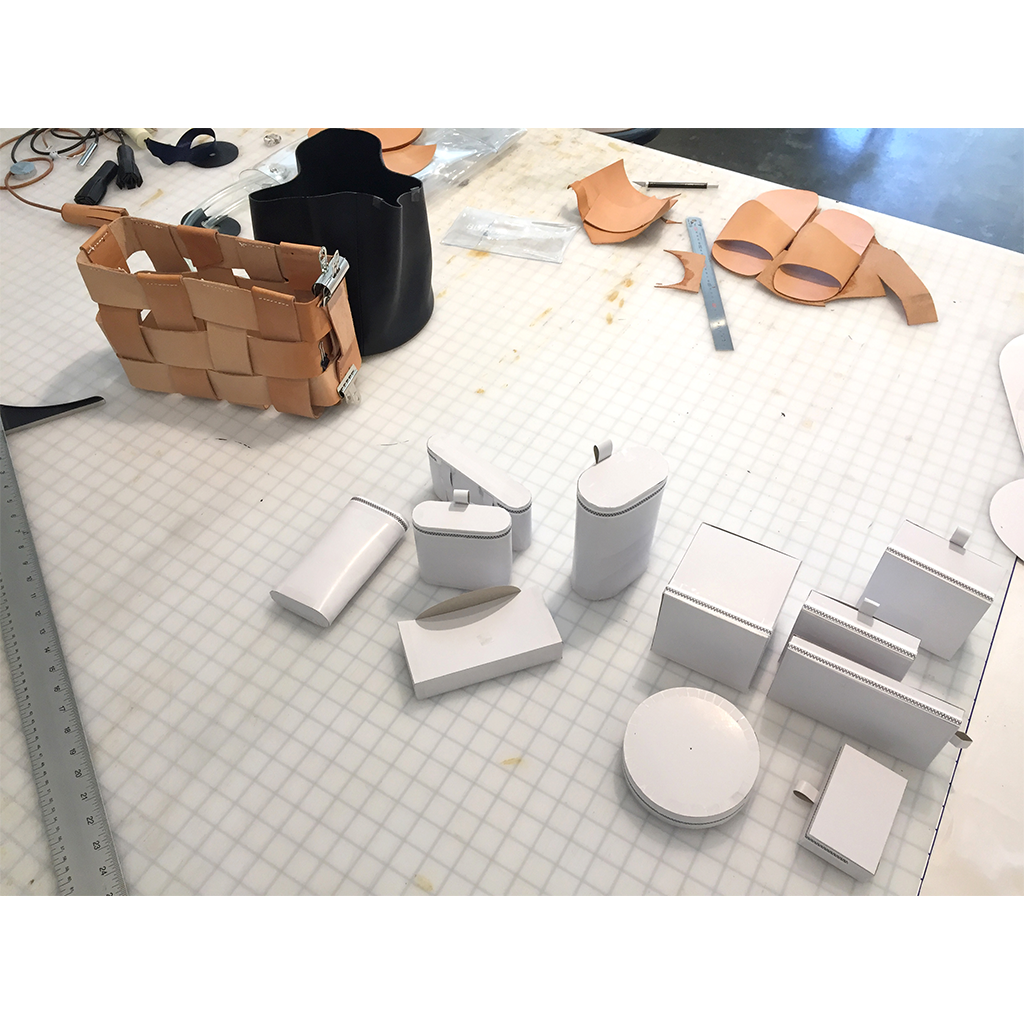 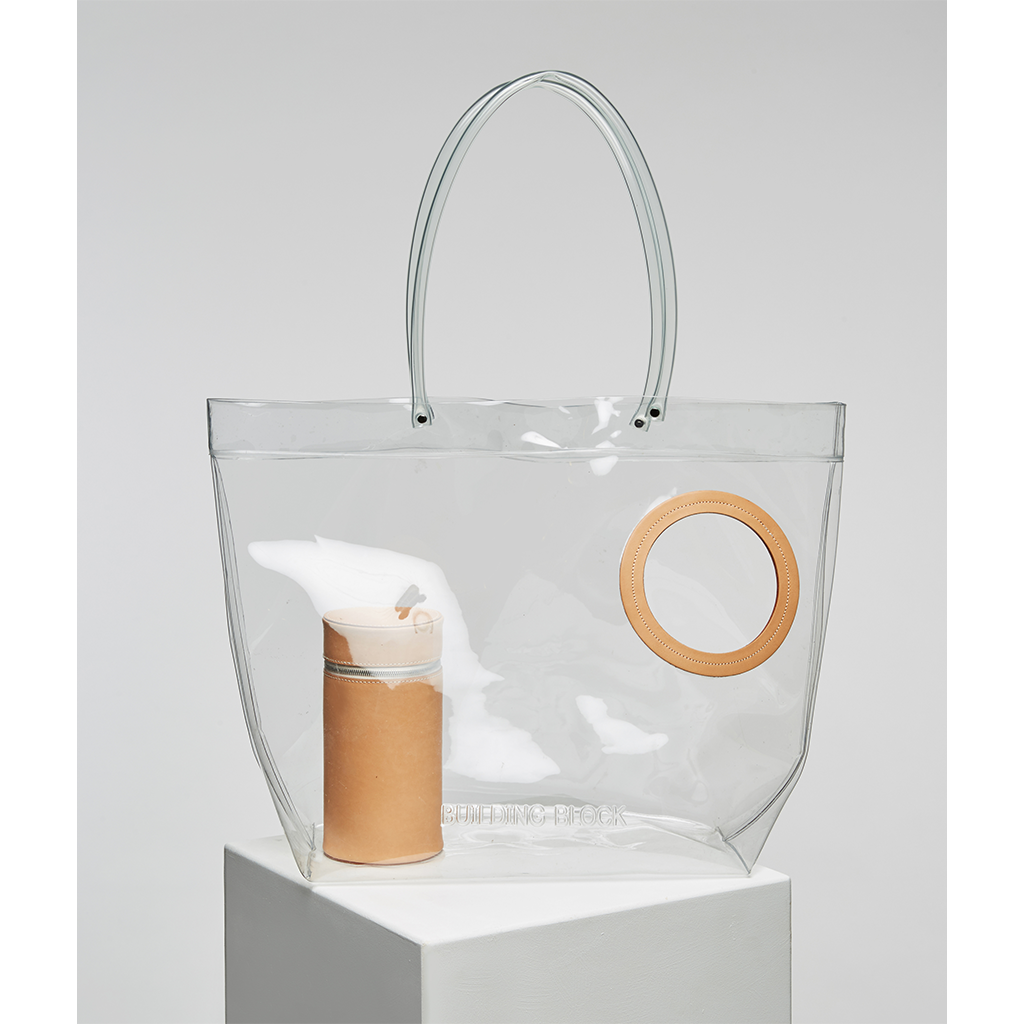 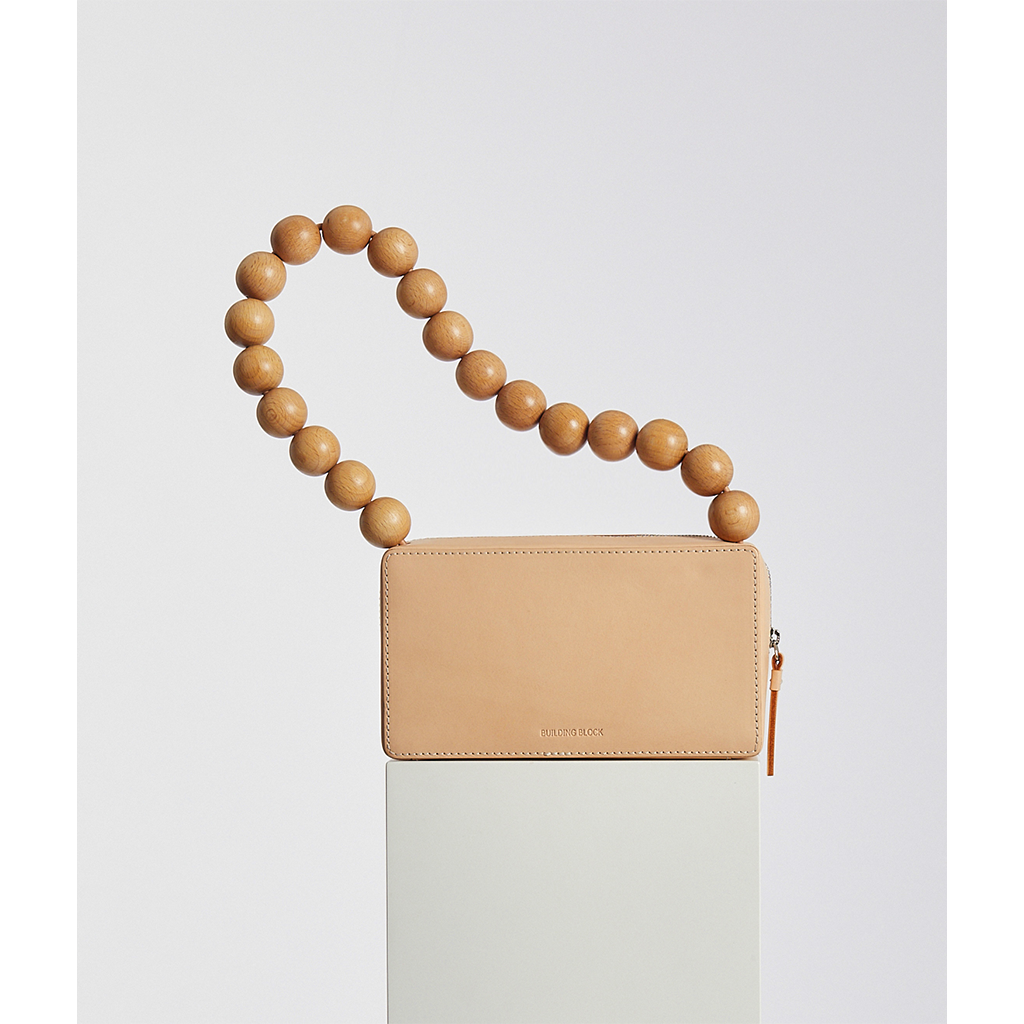 If a stitch is crooked, undo it and make it straight.

We’ve long been inspired by Kimberly Wu, who’s 1/2 of the creative duo behind Building Block. Kimberly has a certain trail-blazing design sensibility and a savant-like minimalist acumen. Through Building Block, she brings masterful intentionality to the design of objects that are part of our everyday. An Art Center Alumni, she’s truly one of those rare talents whose work still makes on the campus today. Random fact, Jeremiah our founder, and Kimberly were classmates at Art Center. Her early professional work focused on pioneering in the transportation design space. Moonlighting, she experimented with a variety of personal projects mixing methods & materials. This evolved and naturally took the form of Building Block in 2011.

Building Block has a distinctly Southern California feel, that’s paired with all the right notes of multi-cultural and multi-medium inspiration. We are continuously fascinated by the creative objects released by Building Block. There’s an approach that has stayed true to form since square one, while always finding ways of reinventing itself. You’ll always find delightful visuals, considered pairings of form, materiality, and very sophisticated implementation of play. Having become a staple in the global fashion accessions space, the duo is back to experimenting with renewed vigor to decide what’s next for the brand.

This feature highlights what we like most about meeting with creatives like Kimberly, going behind the curtain and diving into their personal and not so widely shared (often unexpected) inspirations & sanctuaries. Her work through Build Block is widely recognized, and we’re very excited to share Kimberly’s dear and personal object.

My late Ahma’s (grandma’s) old fabrics. She’s been an influential figure to me from a very young age, and I think of her often. Ahma was at once rebellious and disciplined and always approached any task with intention. She led a cooking class out of her home for over ten years, was fluent in sewing, painting, and all the domestic handiwork of her time. Once when she was teaching me to knit, I skipped over a stitch and didn’t bother to correct it. Later when I showed her my progress, she pointed out the hole and told me to unravel my work to that point and start over, otherwise I would always see my mistake. Even though at the time I was impatient and a bit lazy, I understood the importance of why she wanted me to do it right. I’ve picked up quilting over the last several years and have been using her fabrics in each piece. I keep the lessons she taught me close to my heart—if a stitch is crooked, undo it and make it straight. It’s a way for me to keep her presence alive.

KIMBERLY
Some evenings after work, weekends, and off days I crave doing something creative and just for myself. It’s usually something really personal and unburned by the constraints that come with creating for commerce. The quilting started out like this. It’s also sort of a challenge. I make the pieces for myself, for friends & family, or for trade. It helps to get my brain off the business and go creatively elsewhere. However, in the process, I’m always reminded of Ahma.

Kimberly balances the day-to-day of running a business with personal projects done during off-peak work time. That same passion to moonlight into tangential projects is ever-present. And, is in fact an integral part of the balance and surfacing of new Ideas. And, that red thread of doing things earnestly instilled by moments with her grandmother is evident in Kimberly’s approach today.

Tell us about a time it was hard to be yourself, or when being yourself led to a breakthrough?

KIMBERLY
Maybe this is a good time to revisit our Art Center days! I had such a hard time with my “identity” as a car design major in school. At the time it felt like there was a mold of what was expected in order to land a career, or it just felt like there was no time to step back and imagine a different path. It wasn’t until I took time off to work on a personal project that I felt free to explore the limits of what I had already learned and combine it with my other interests in illustration and animation. That time off afforded me space to focus on how I wanted to interpret my education up to that point, it was really valuable in shaping how I wanted to approach my future career.

For Kimberly, the “Off time,” is equally as critical as the on time. Both the term off while at Art Center, and the moonlighting on personal projects as a professional are avenues to alternative thinking. Things got Insular back in school. As a creativepreneur, it’s the rigor of the business aspects one has to balance with creative passion. The personal projects create new intersections of method and execution. This process yielded the brand we now know as Building Block Today. It goes without saying that we’re very excited to see what Kimberly’s personal work will blossom into down the line!

WHAT’S SOMETHING PEOPLE DON’T KNOW ABOUT KIMBERLY, THAT YOU’D WANT EVERYONE TO HEAR?

Maybe I have a secret Instagram with my sister documenting our cats in our homes? It’s called @thecatinterior (shameless plug). We especially loved her answer to this question. The design profession is so often overly serious. Kimberly’s work is so meticulously executed, this response shows a  lighter-hearted side. We do recommend you give it a look, and who doesn’t love cats right?

ABOUT
BUILDING BLOCK IS A DESIGN STUDIO ESTABLISHED IN 2011, BASED IN LOS ANGELES, CA. THE WORK THAT IS PRODUCED IS FOCUSED ON FORM AND USE, PROPORTION AND PLAY, MATERIALITY, AND INSPIRATION. EVERY PRODUCT IS MADE WITH THE INTENTION OF FITTING TOGETHER, PIECE BY PIECE (NOT SEASON BY SEASON), AND IS CREATED AS A MEANS TO COMPLEMENT LIFE. 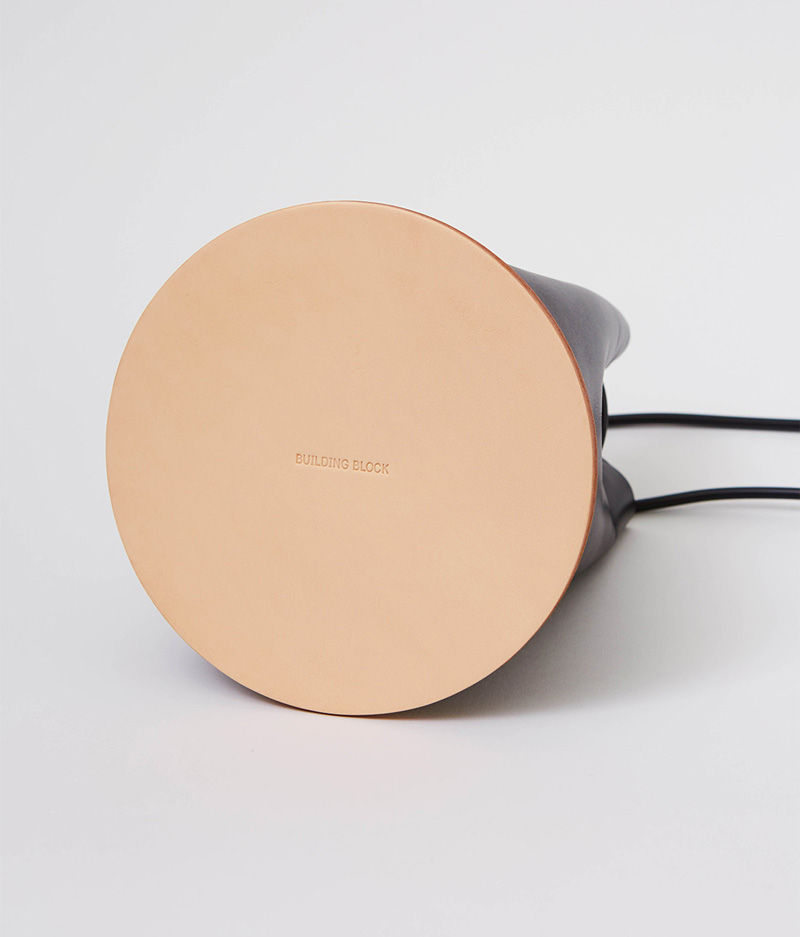 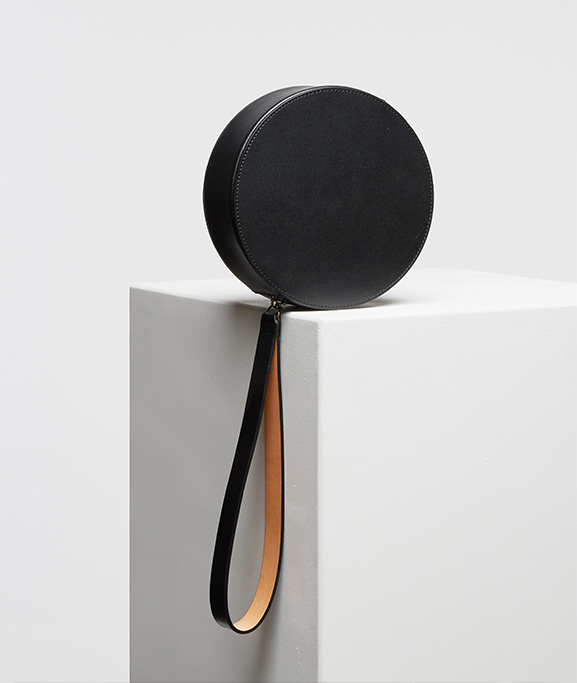 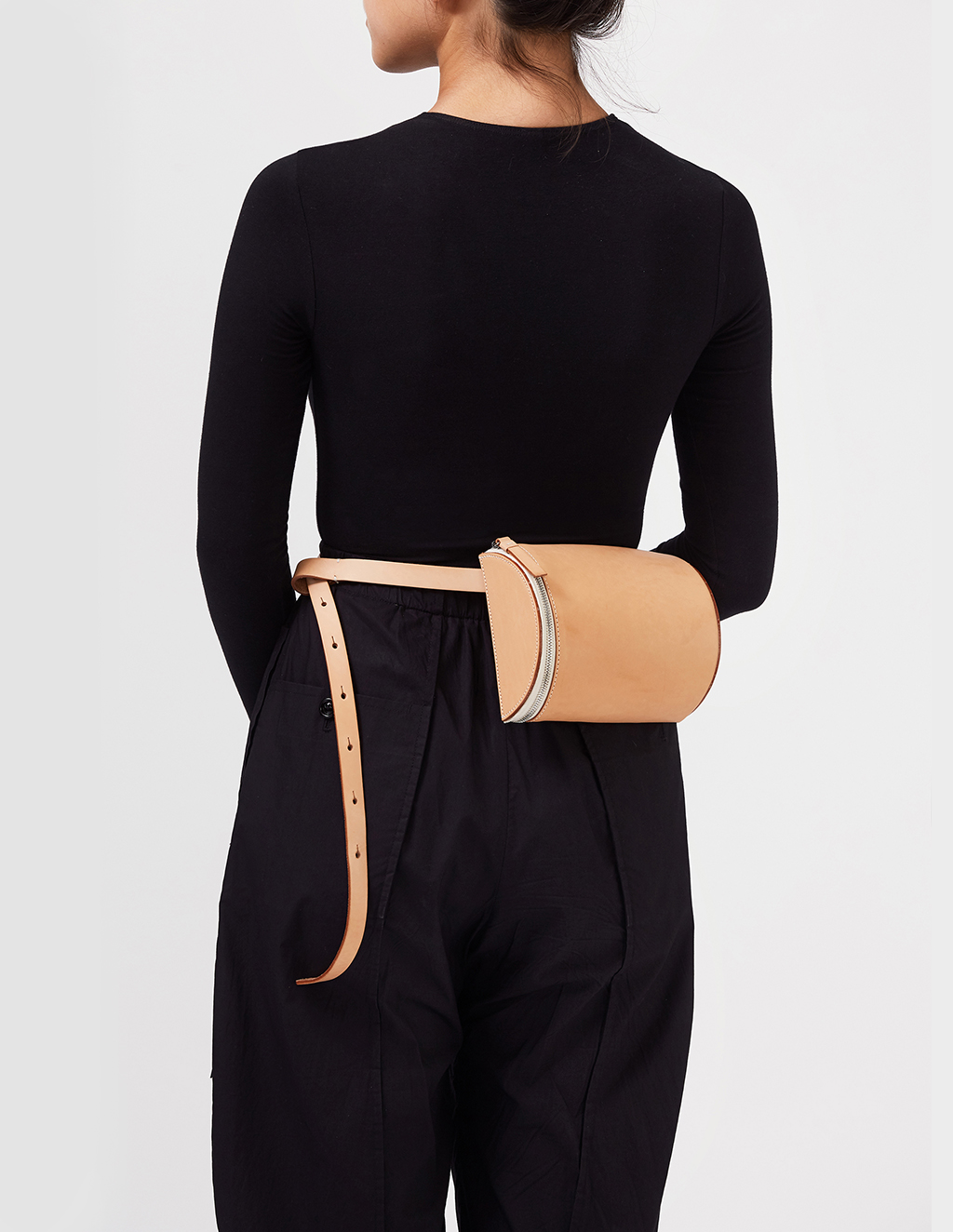 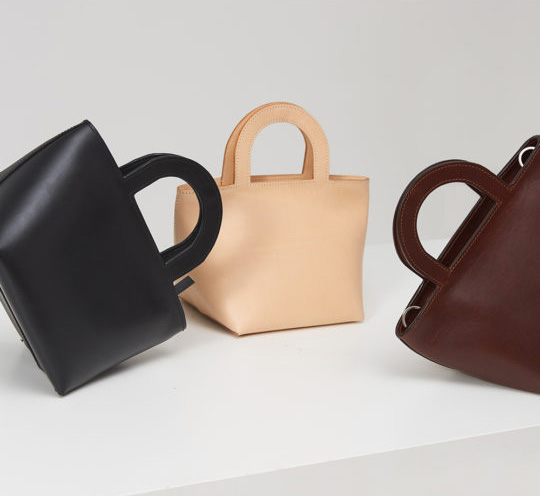