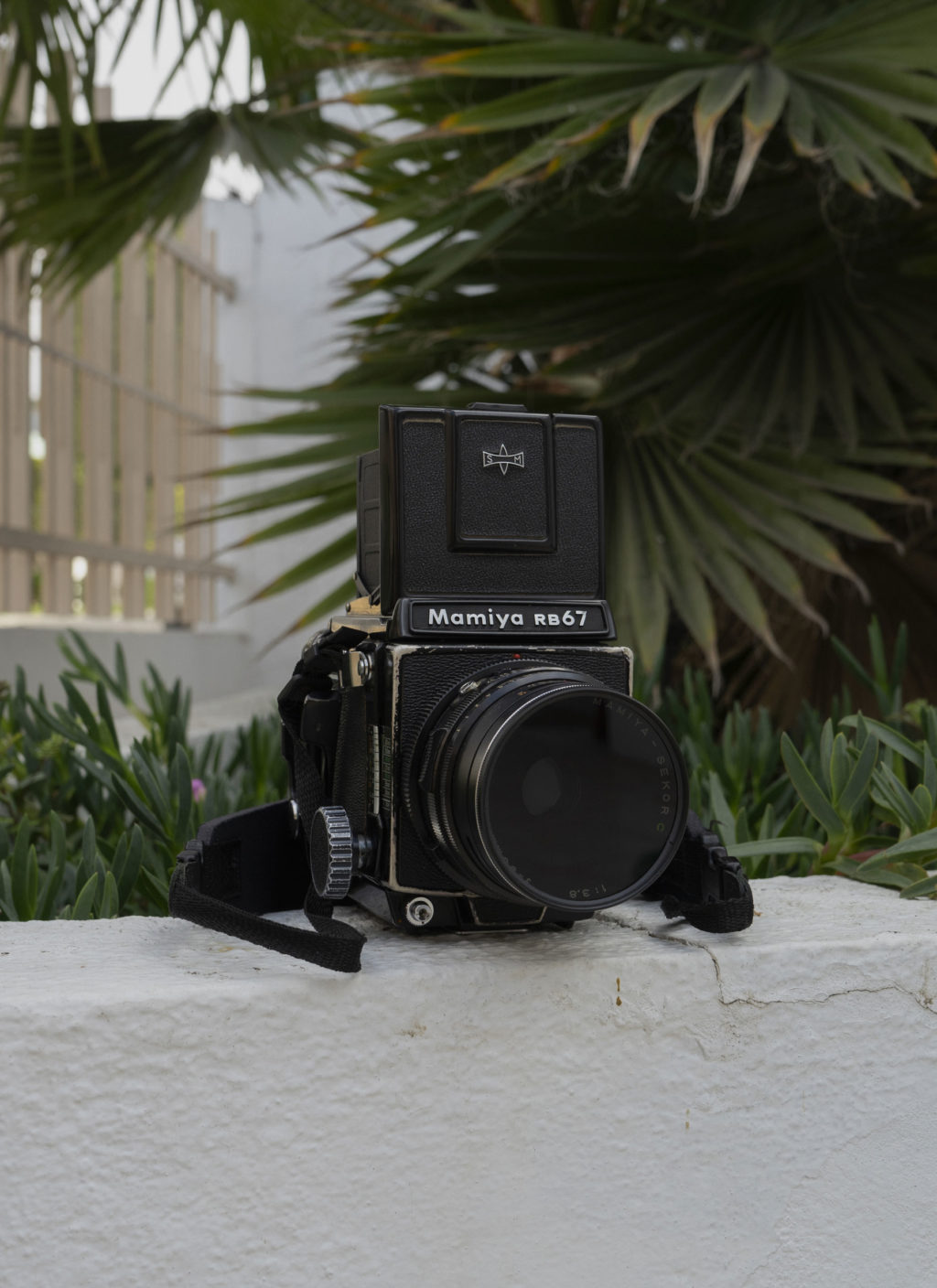 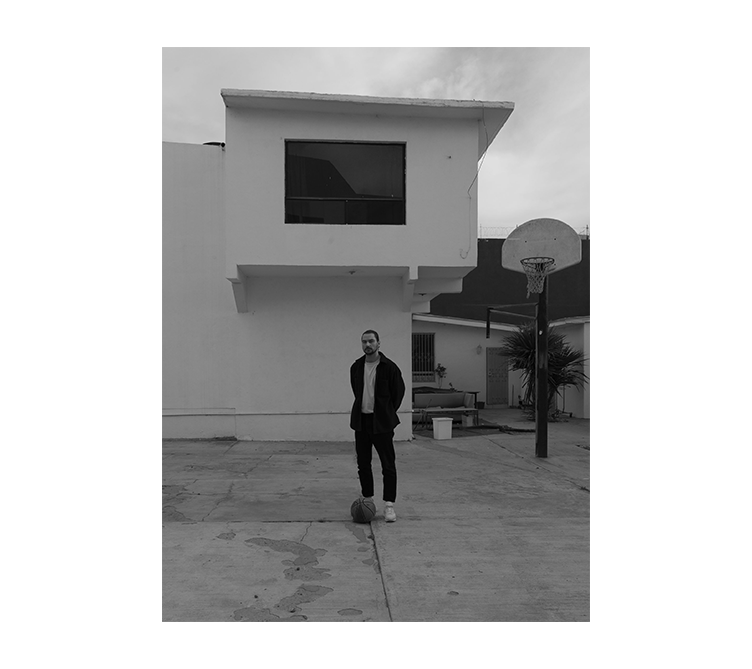 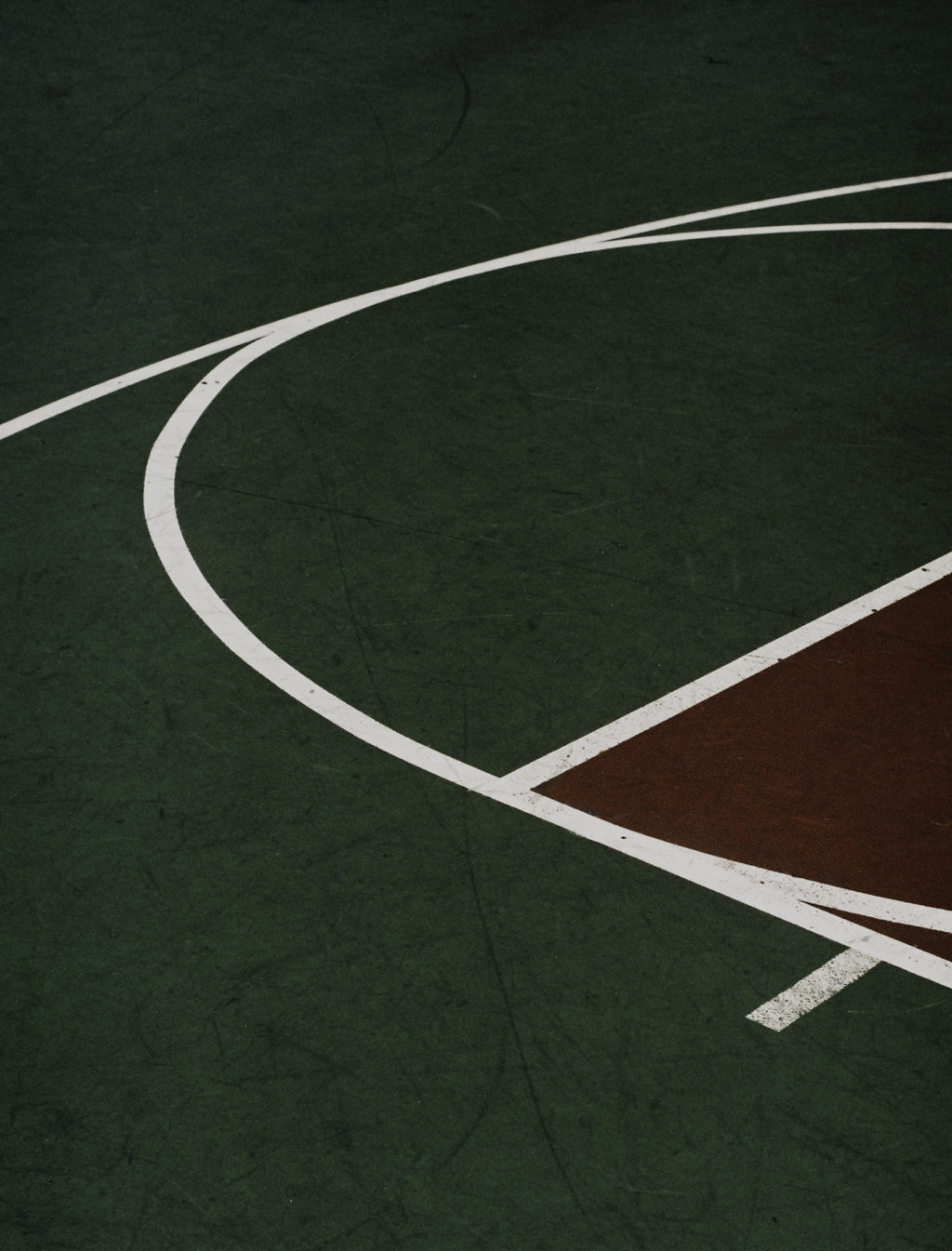 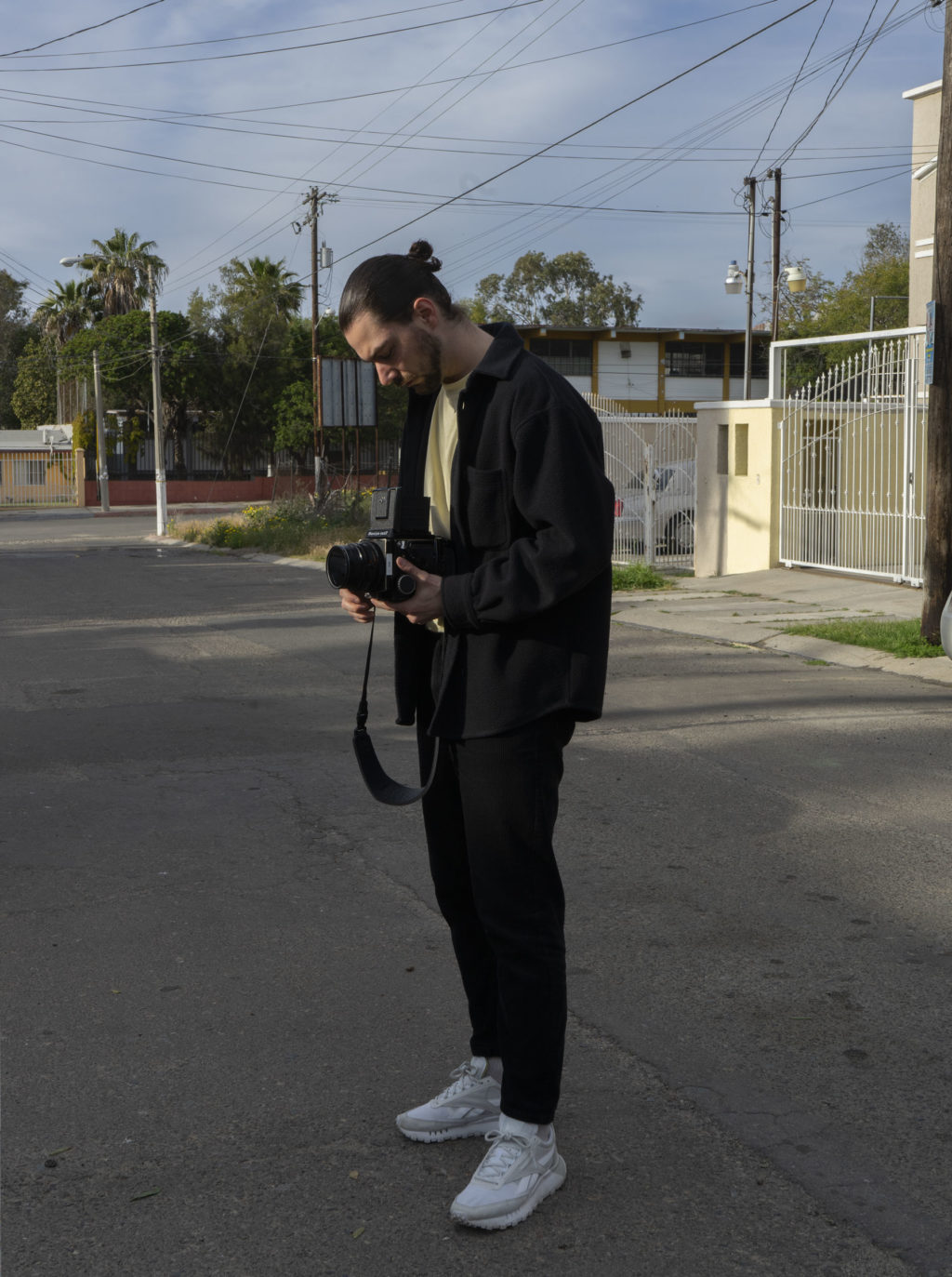 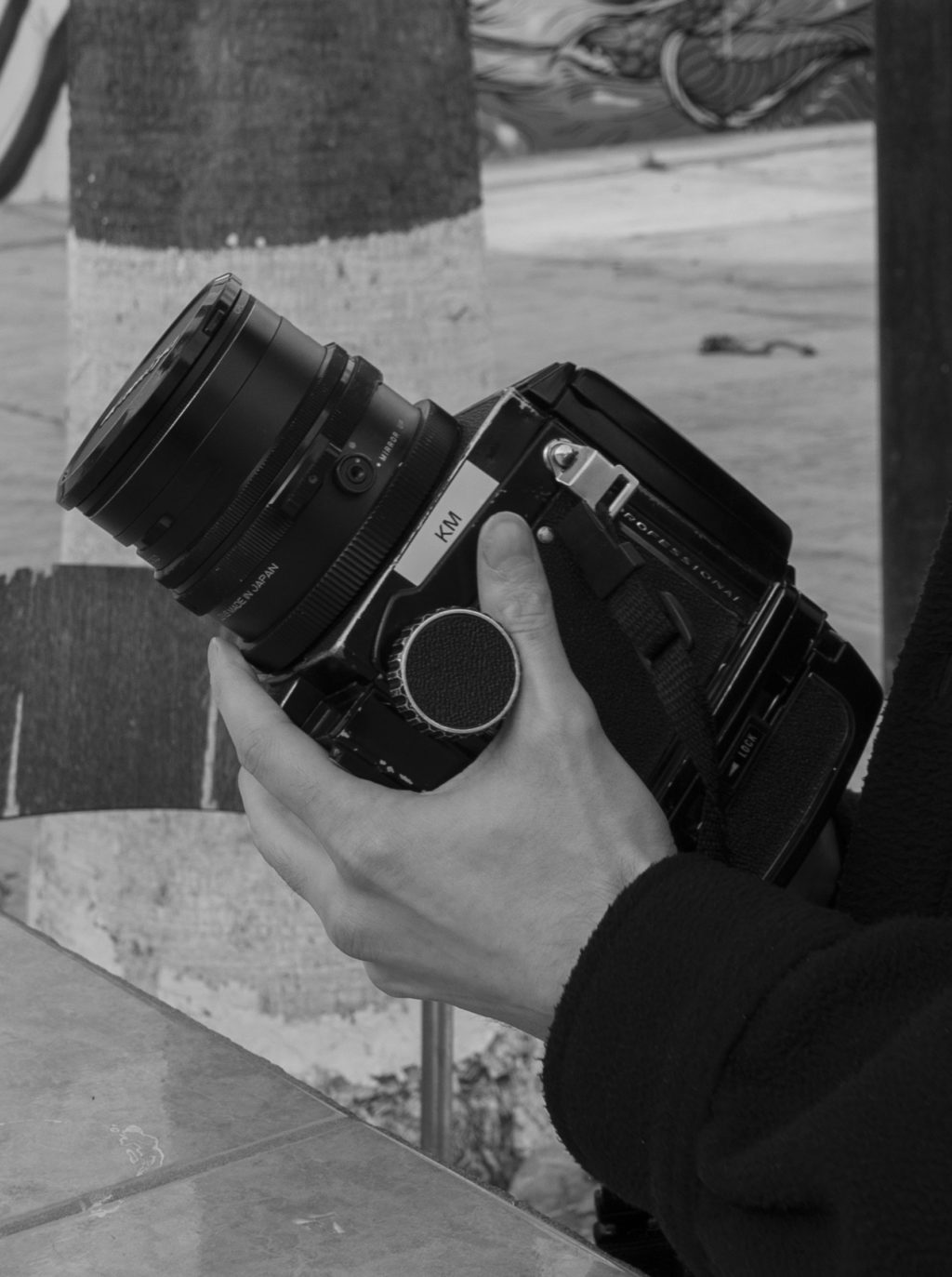 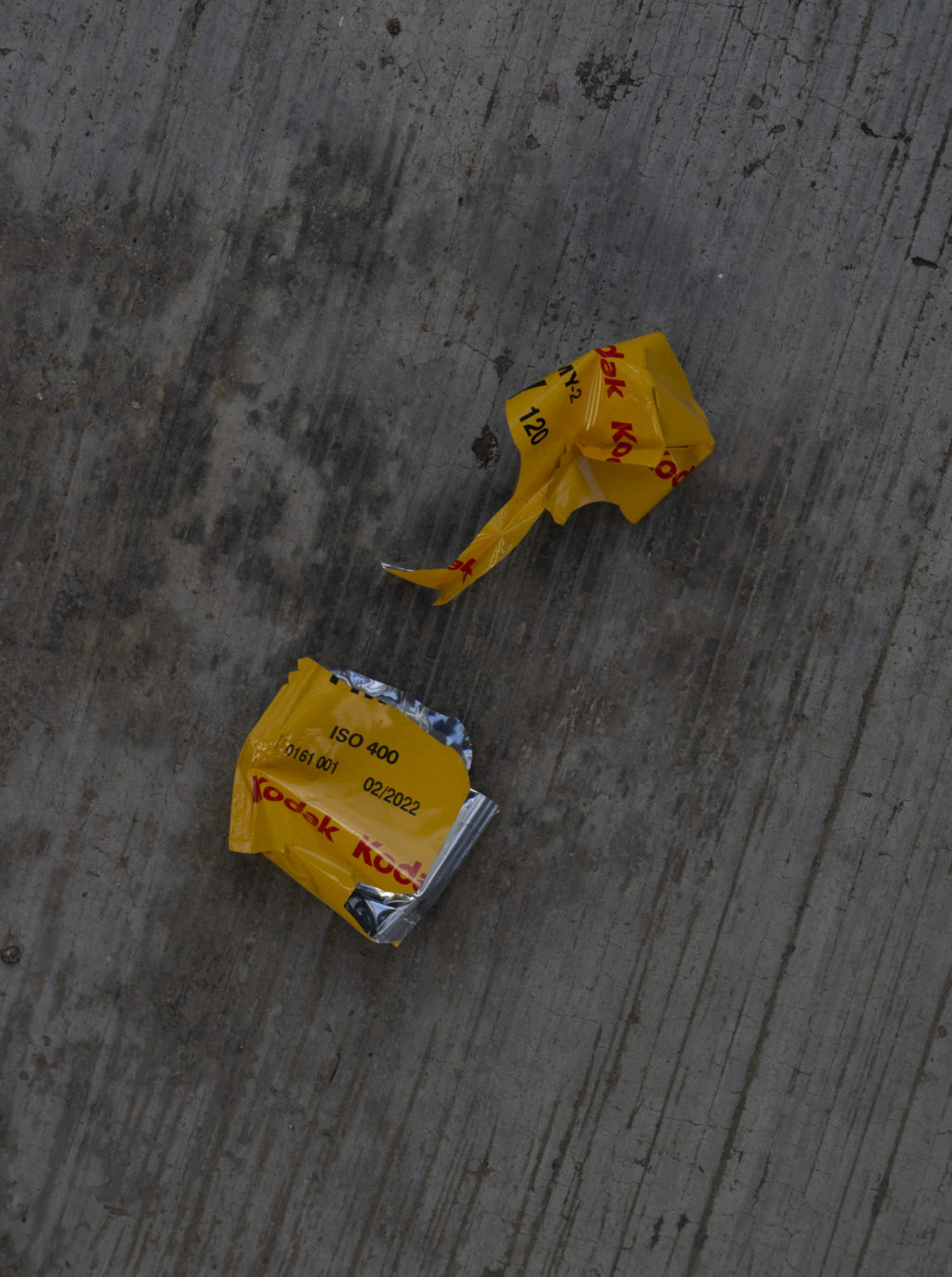 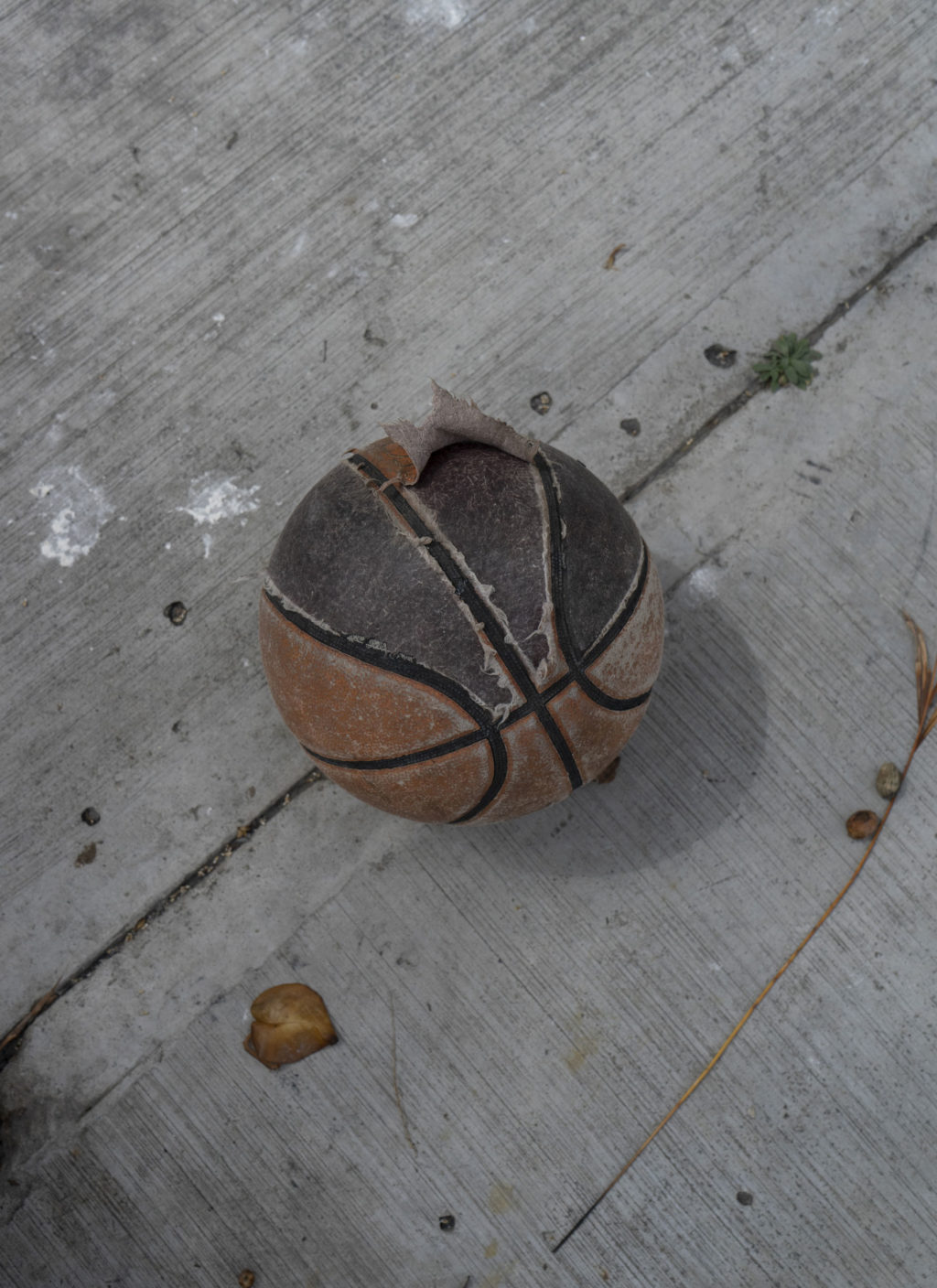 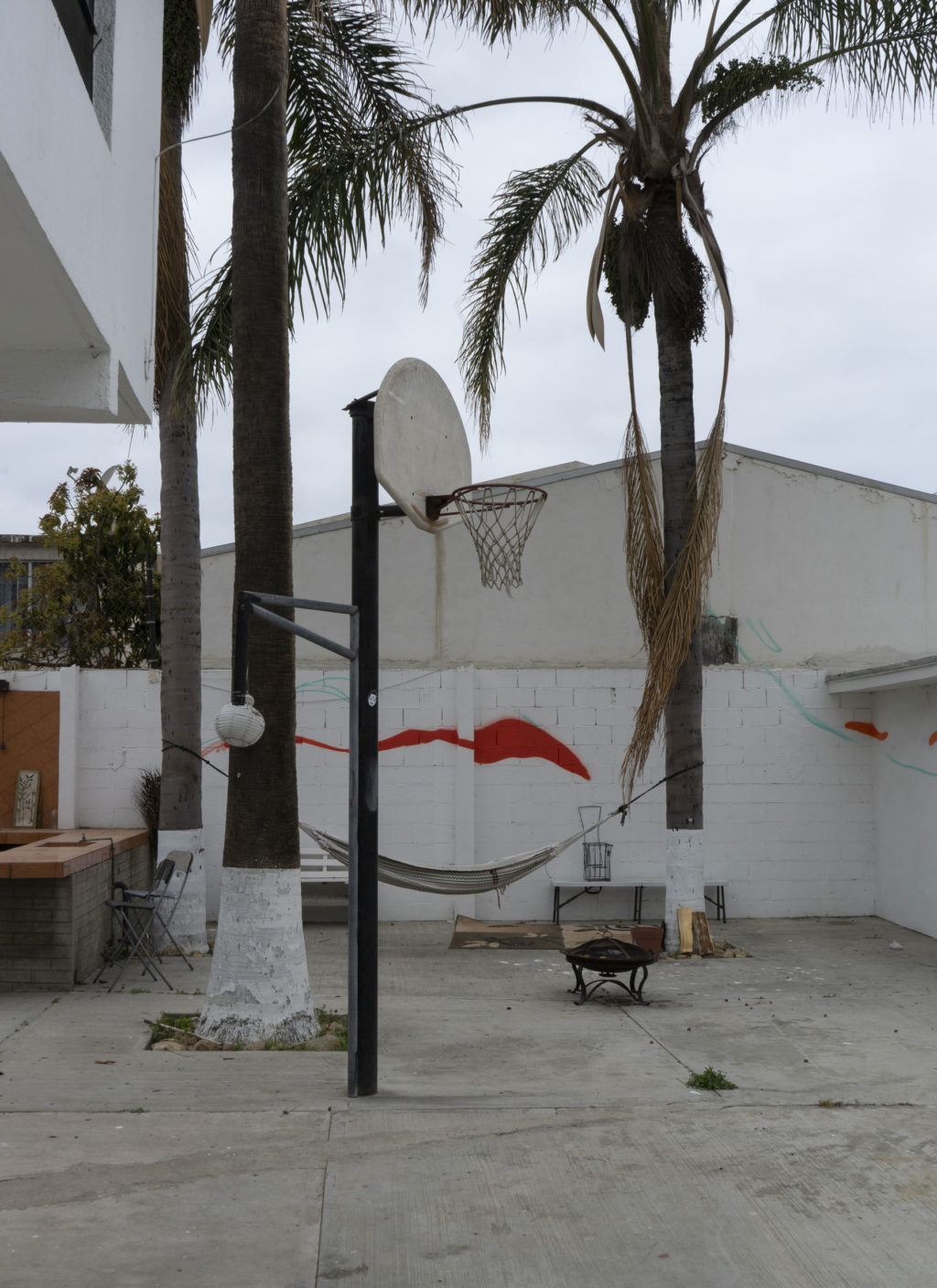 I learned a lot about life playing basketball. It’s conscious and it’s physical, it’s working as a team, it’s resilience, commitment to craft, process and repetition.

Kenneth is keen on bringing unexpected POV’s to both his craft and various aspects of his personal life. Self-described as a minimalist abstractionist, Kenneth presents familiar subjects in a uniquely unexpected way. A graphic designer by profession, who's picked up a passion for photography. Kenneth is temporarily working from Tijuana, pending a soon return to L.A.

We were immediately drawn to Kenneth’s eye and the more we got to know about him, It became evident why his POV is so impactful. He has an affinity for L.A and being an L.A.-based brand; we found a kindred nature in Kenneth’s body of work. He manages to capture the L.A landscape & people, while steering clear of the contrived content-instead, offers a distinct and otherworldly abstraction of the normal sights.

It is still his go-to.

Before switching to a film medium format camera (The MAMIYA), it was enough to capture how he saw the world. The camera was just a tool, and something was missing. It did not feel ownable. When he started to travel, the combination of the MAMIYA + traveling unlocked his purpose. Suddenly, it all mattered. He had to be more aware of the environments and settings to manipulate the right aspects and get more out of every shot.

KENNETH:  I had to re-learn, or else F$c$! it up, and that happened a lot. It made me more patient and somehow, this felt more natural. It meant I could engineer my own aesthetic. Showing a city or people from an abstract and minimal POV. Exchanging the familiar mainstream captures for how I experience/ understand a place or a group of people. I alter images through calculation and auditing my feelings in real-time, rather than loads of post-production. It is raw yet refined and I am still honing this intent. I am not focused on the archetype; I’m thinking layers, colors and light. Composing a unique scene and layering it on the content captured by the lens.

KENNETH:  I would not say I experienced photography until I worked with this film camera. It’s technical and organic, it has its flaws, it breaks down easy and you sort of just have to figure it out. I love all the mechanics. I am more connected because it takes patience. Nothing goes as expected, in that way, I am like that camera.

NO, I am that Camera.

Things in my life break down and manifest in unplanned ways, I just go with it. I get back up and evolve. This is circular and happens to me over and over. That’s why I fell in love with the MAMIYA. Using it is a great way to process my life.

Kenneth’s de facto approach is to go against everything. Not to be cliche’, or just for novelty’s sake. Rather, for continued growth, embracing change, and being ok with imperfect situations. Most people capture “L.A” default to similar of Glamour, Wealth + Influencers. Kenneth resolved to do it differently.

Tell us about a time it was hard to be yourself.
KENNETH: It is hard to be myself in Belgium; there are set standards. It’s a small country with prevalent societal pressures. Go to school, find a nice girl, get married and just go to work, and that is your IDEAL life. I always felt anxious about this. I didn’t want to be that person, there’s nothing wrong with that person, It’s just not me. He always felt like he was the ODD one out until  he found basketball. It was his first outlet in Belgium. He was drawn to the mystery of the sport. At the time there was only soccer, it was the popular thing. All my mates played soccer, but it did not speak to me. I like to be the underdog, taking the alternative path and I am intrigued by risk + mystery. Then, I discovered Kobe and It was over.

It was his “F6$k it” attitude + work ethic. And the relentless effort to be your best. His ethos and swagger appealed to me and it was like a magnetic force drawing me out of Belgium and  to LA for the Lakers. I can be introverted and conscious about things. But when I am traveling and taking pictures I don't care what people think about me, I feel free walking around like a rogue explorer, camera in hand. It is MY thing, I let it come naturally and just go with it. I learned a lot about life playing basketball, It is conscious, it’s physical, it’s working as a team, it’s resilience, commitment to craft, process and repetition. It directly translates to how I look at things and what I do. I'm fulfilled by working in a way others aren’t and going against the grain. I am competitive & calculated about how I show up.

WHAT’S SOMETHING PEOPLE DON’T KNOW ABOUT KENNETH, THAT YOU’D WANT EVERYONE TO HEAR?

I’M ACTUALLY AN EXTROVERT. I’m known as an introvert. I’m drawn to the mysterious and sometimes that makes people think I am. I am arrogant But I’m not, when I’m comfortable. I can get extremely extroverted, almost to a surprising extent and go on for hours about my passions, favorite movie quotes or talking music. NORMAL OBJECTS: Is there any music that you find especially motivating? The response made so much sense.
KENNETH: I am keen on hip-hop, soul, and Jazz. There’s just something especially impactful about Jazz. It's pure passion + emotion. It’s just tones, no need
for words, it’s layered, experimental, sensorial and I’m drawn to this.

About Kenneth
Born in Limburg, Belgium, pursuing creative endeavors in L.A. He is keen on the mystery in superimposition and the drama in lines. 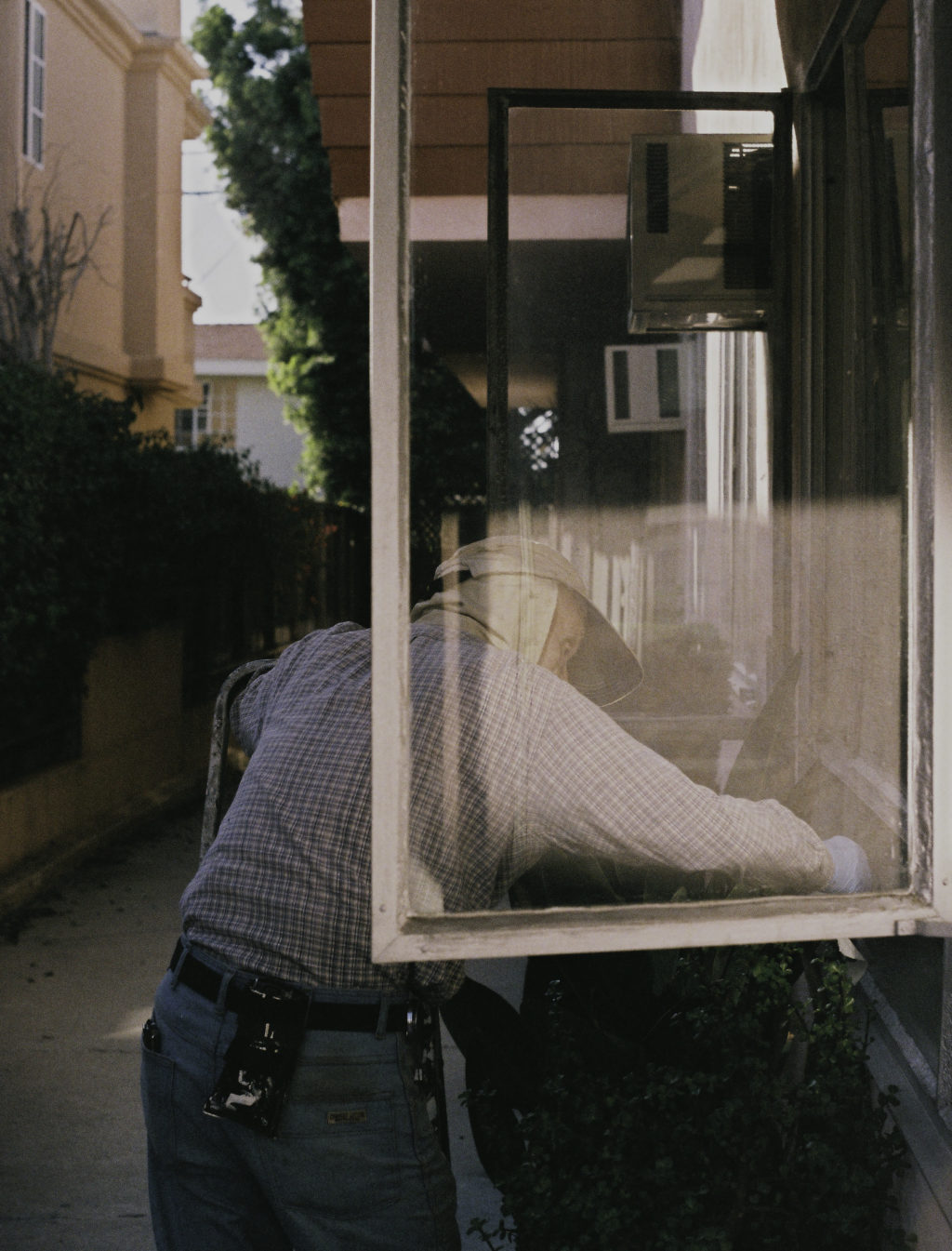 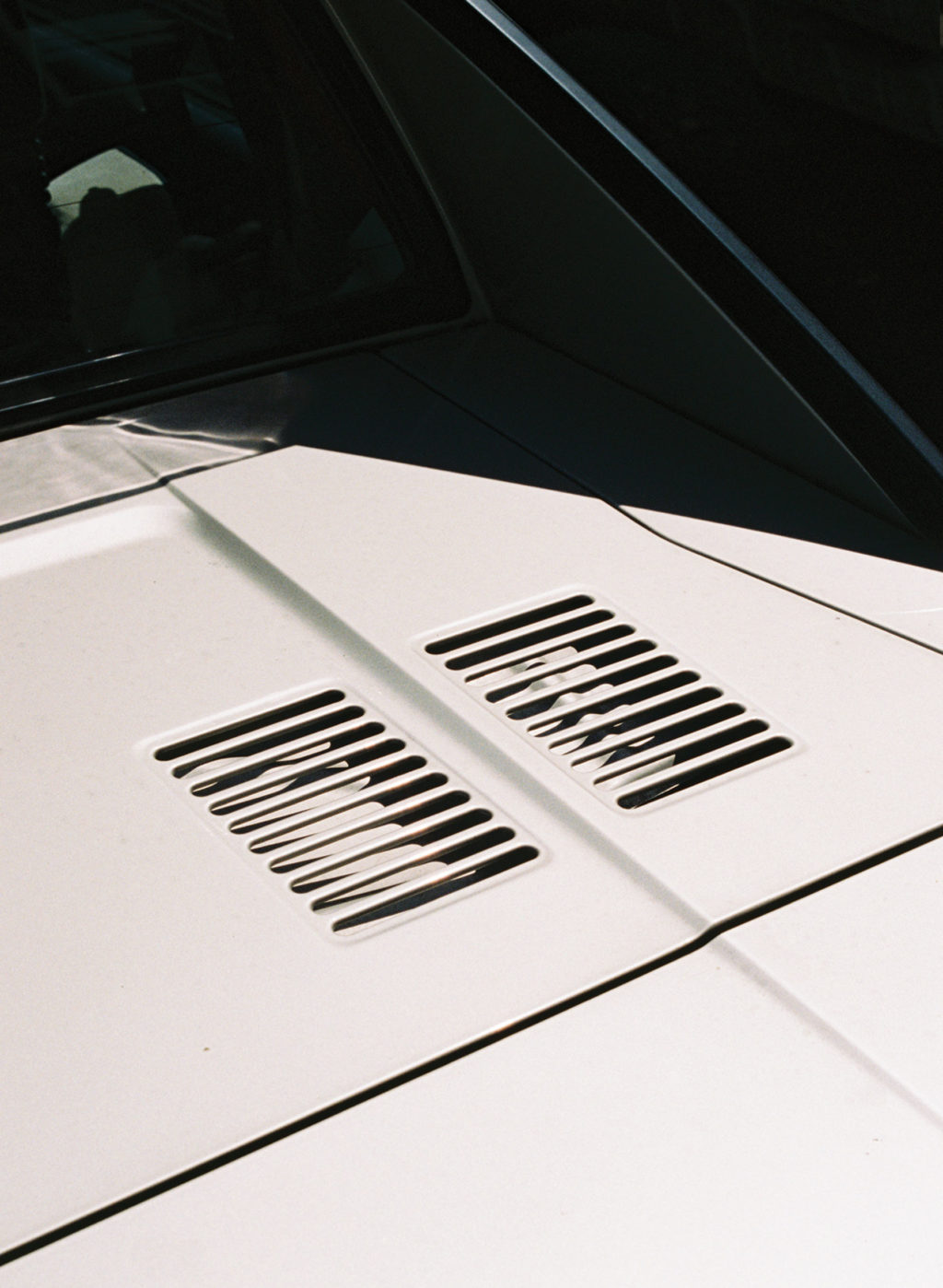 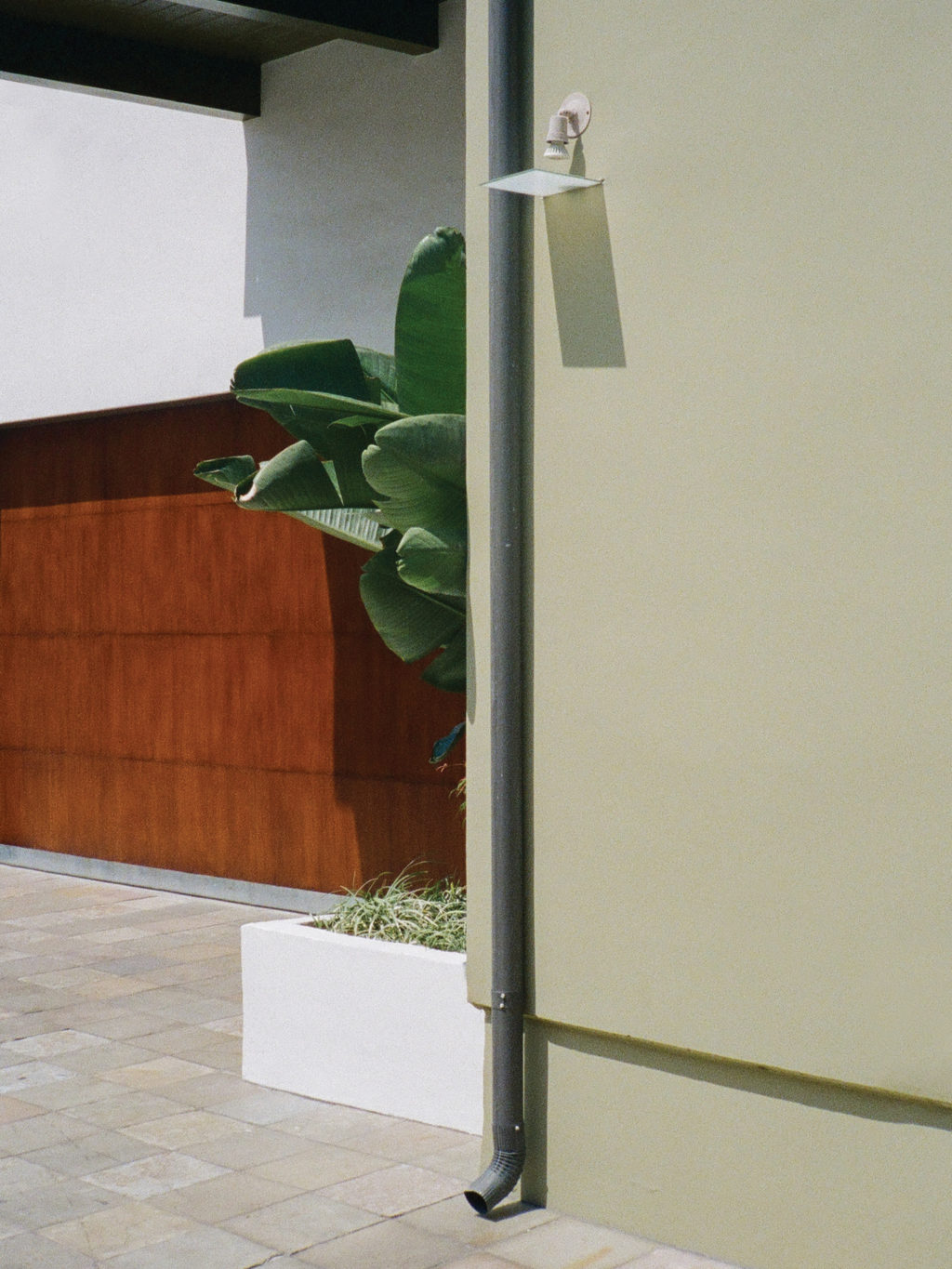 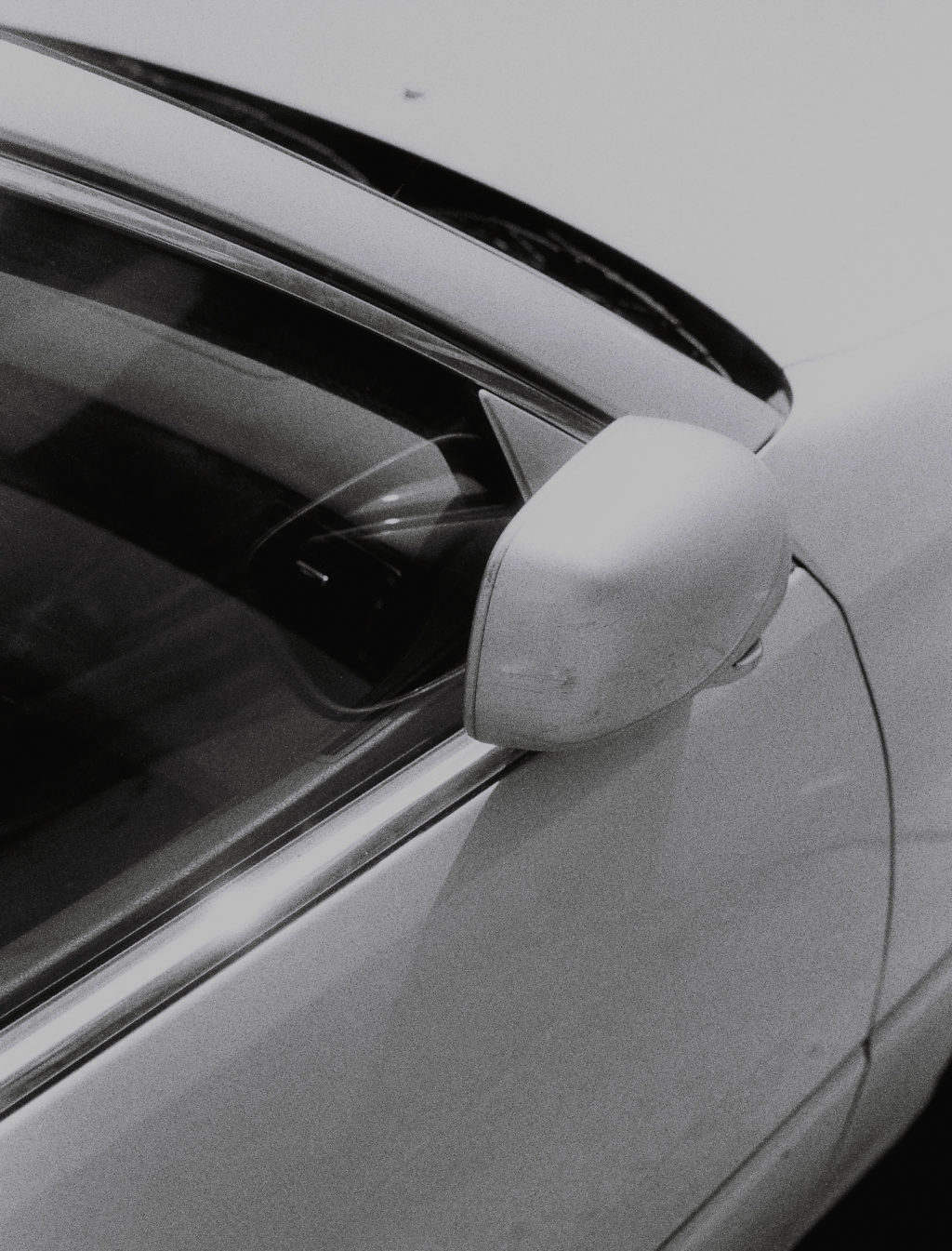 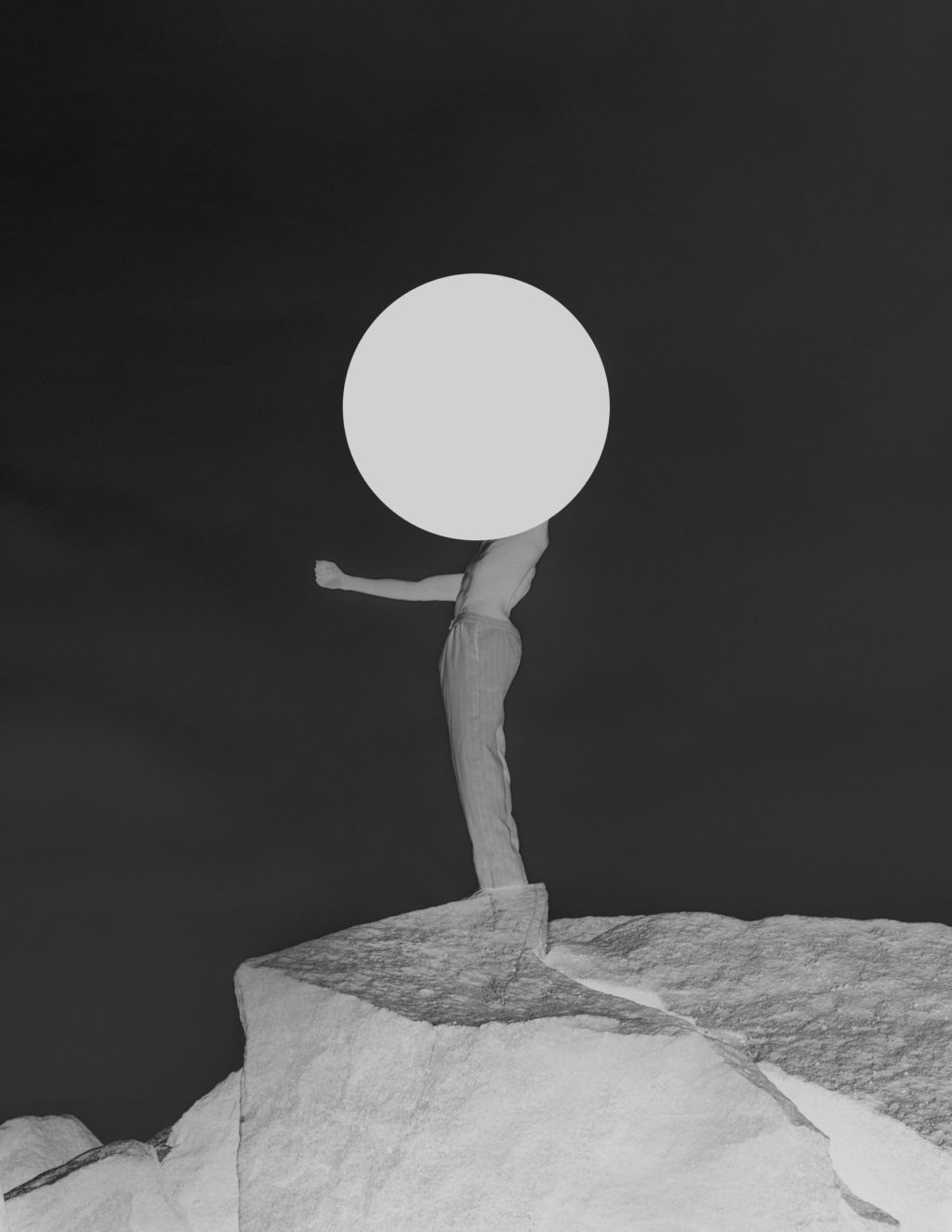