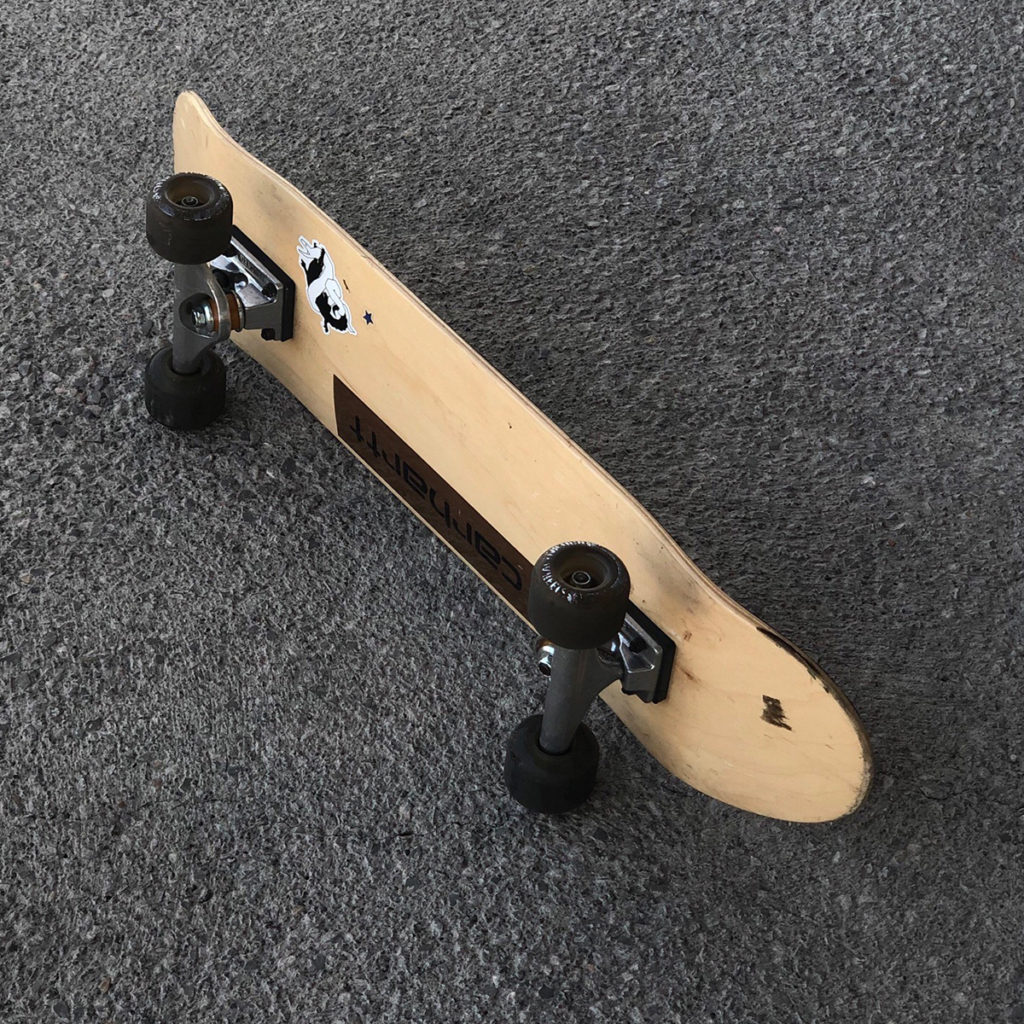 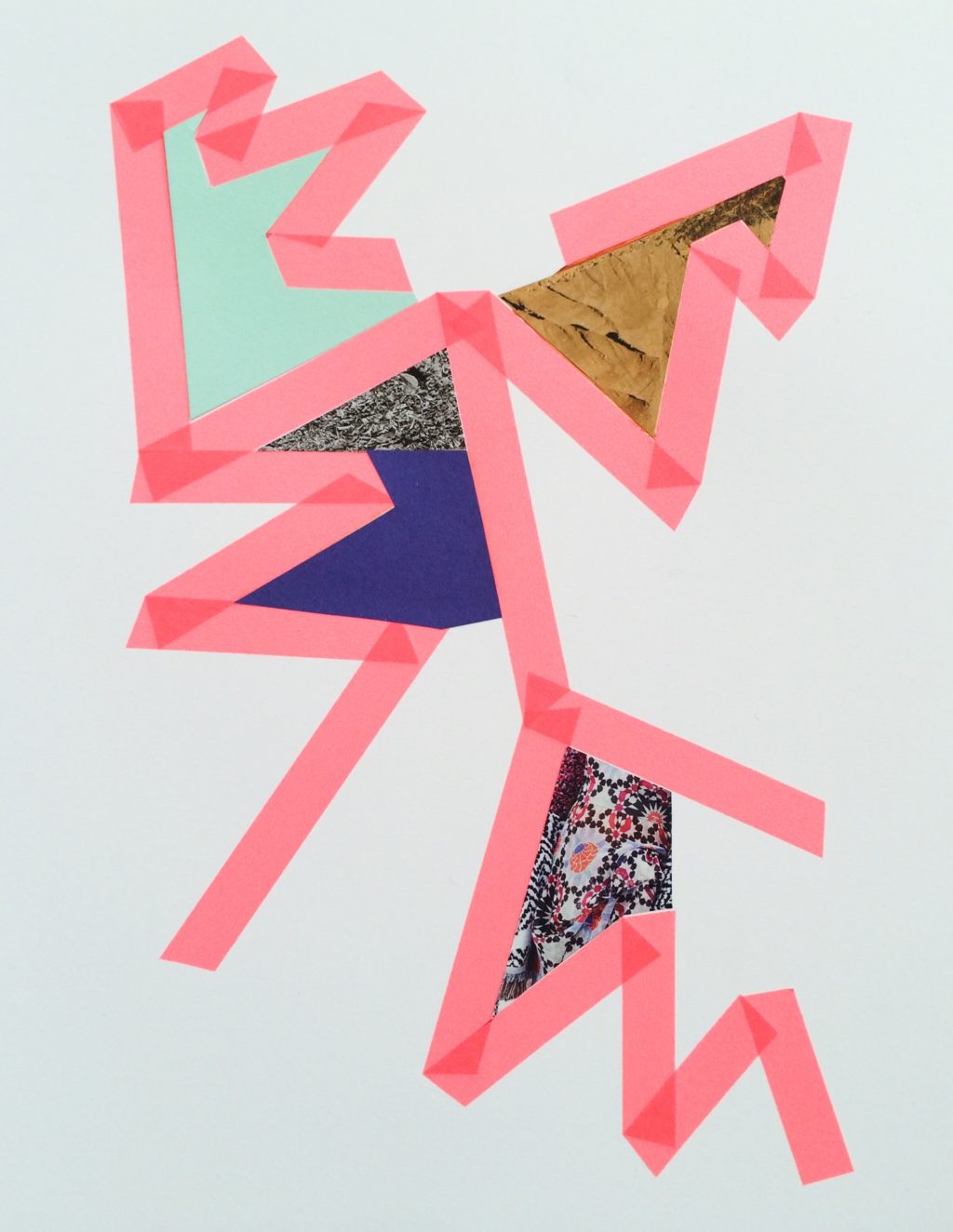 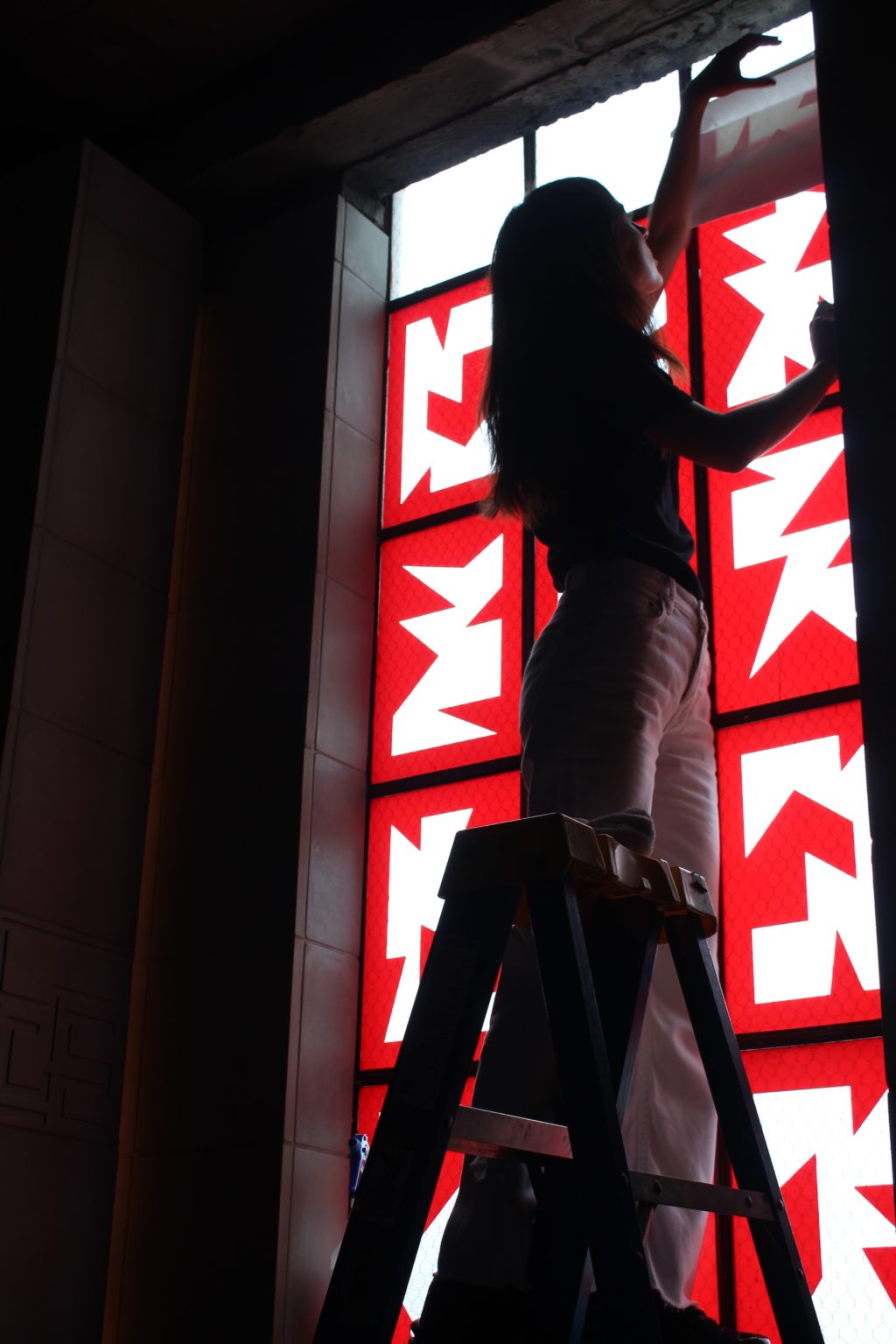 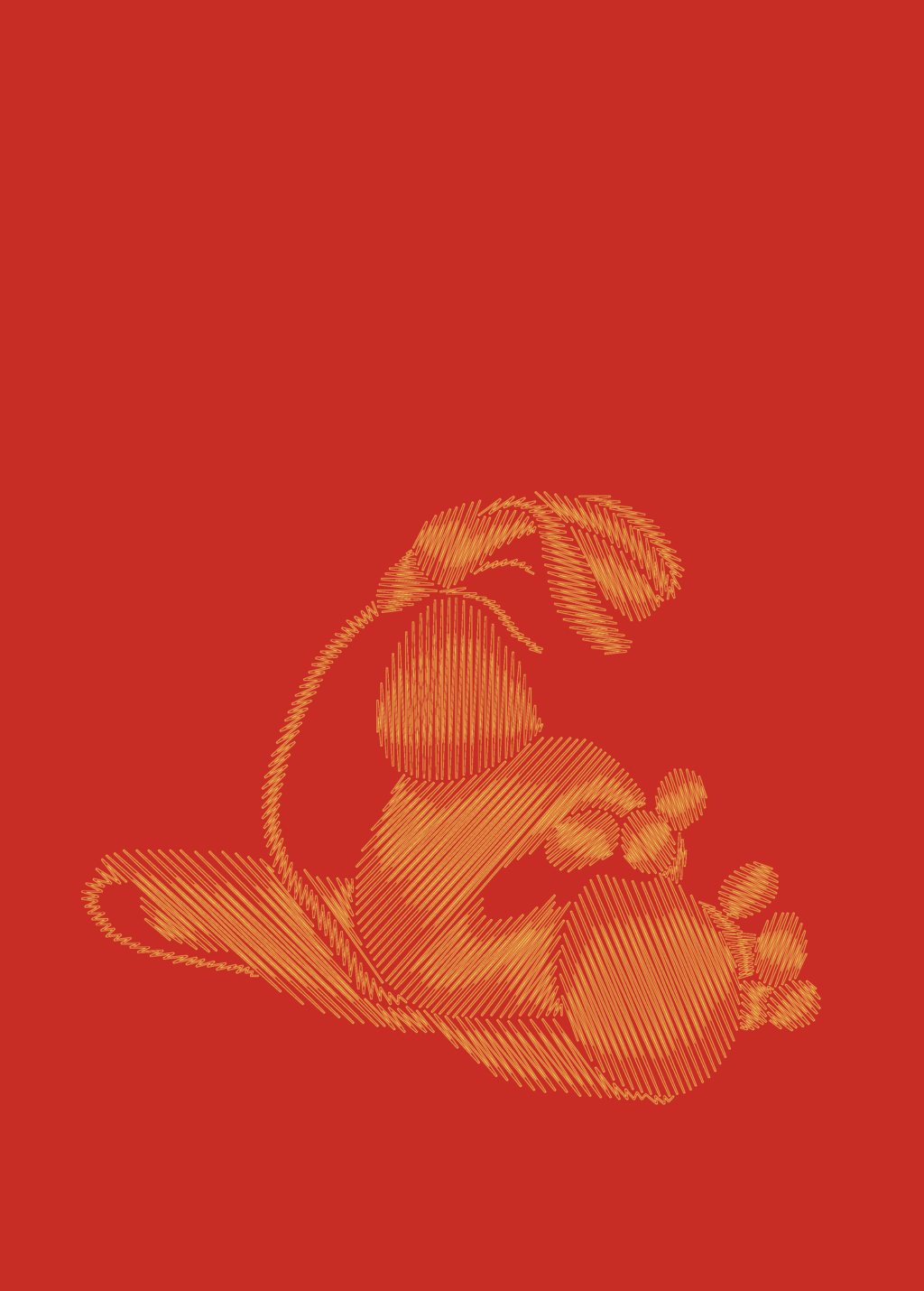 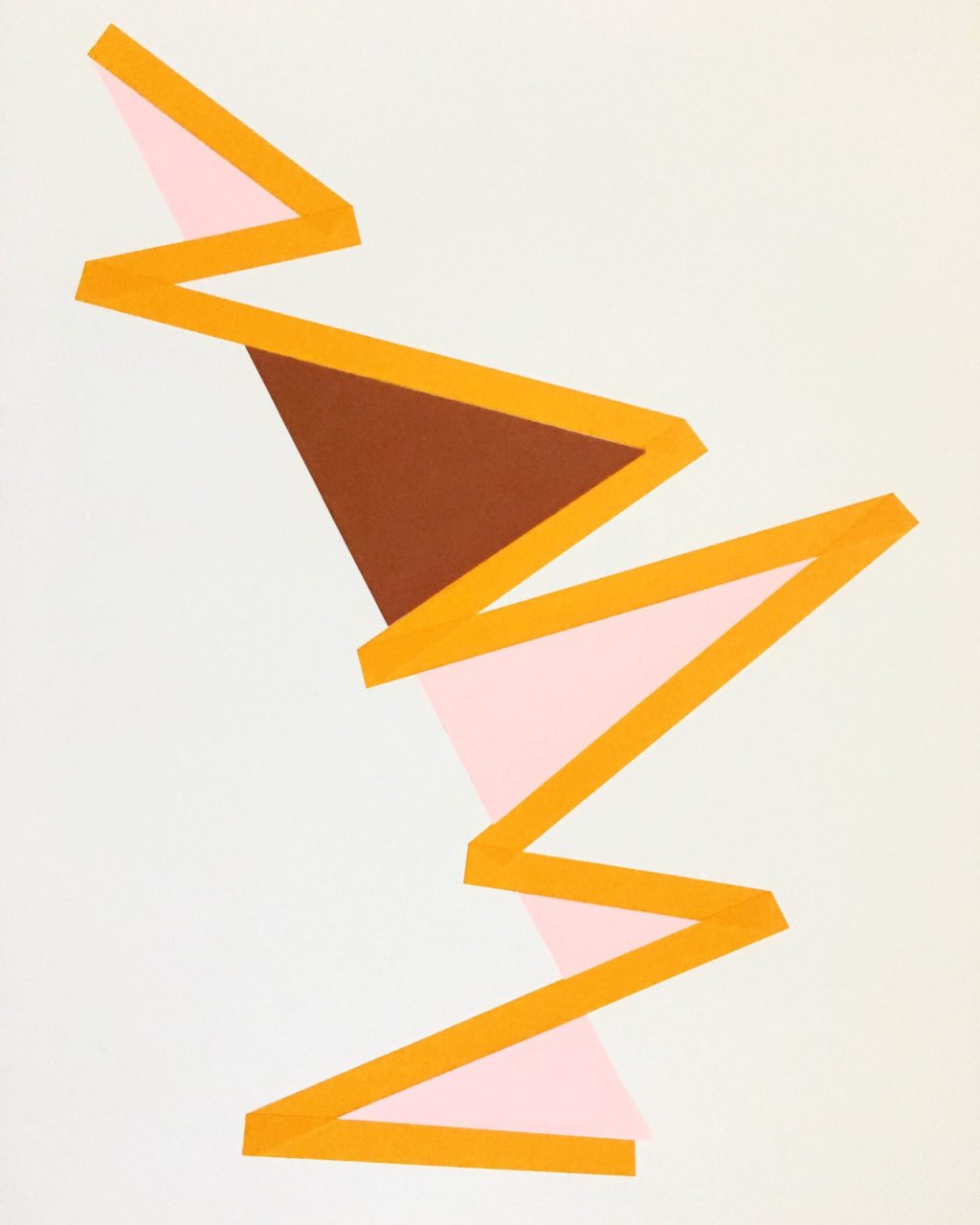 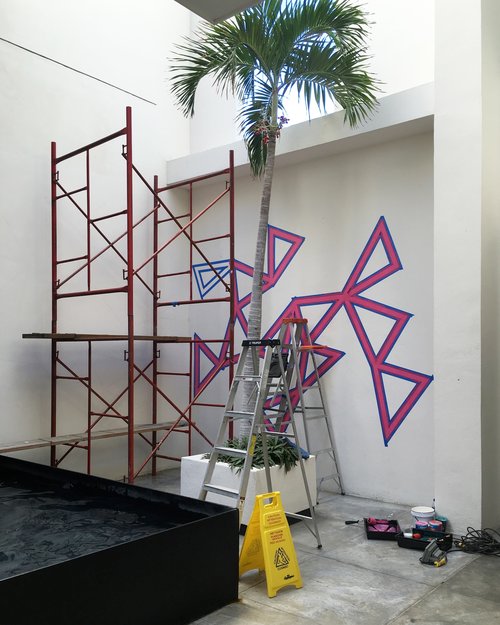 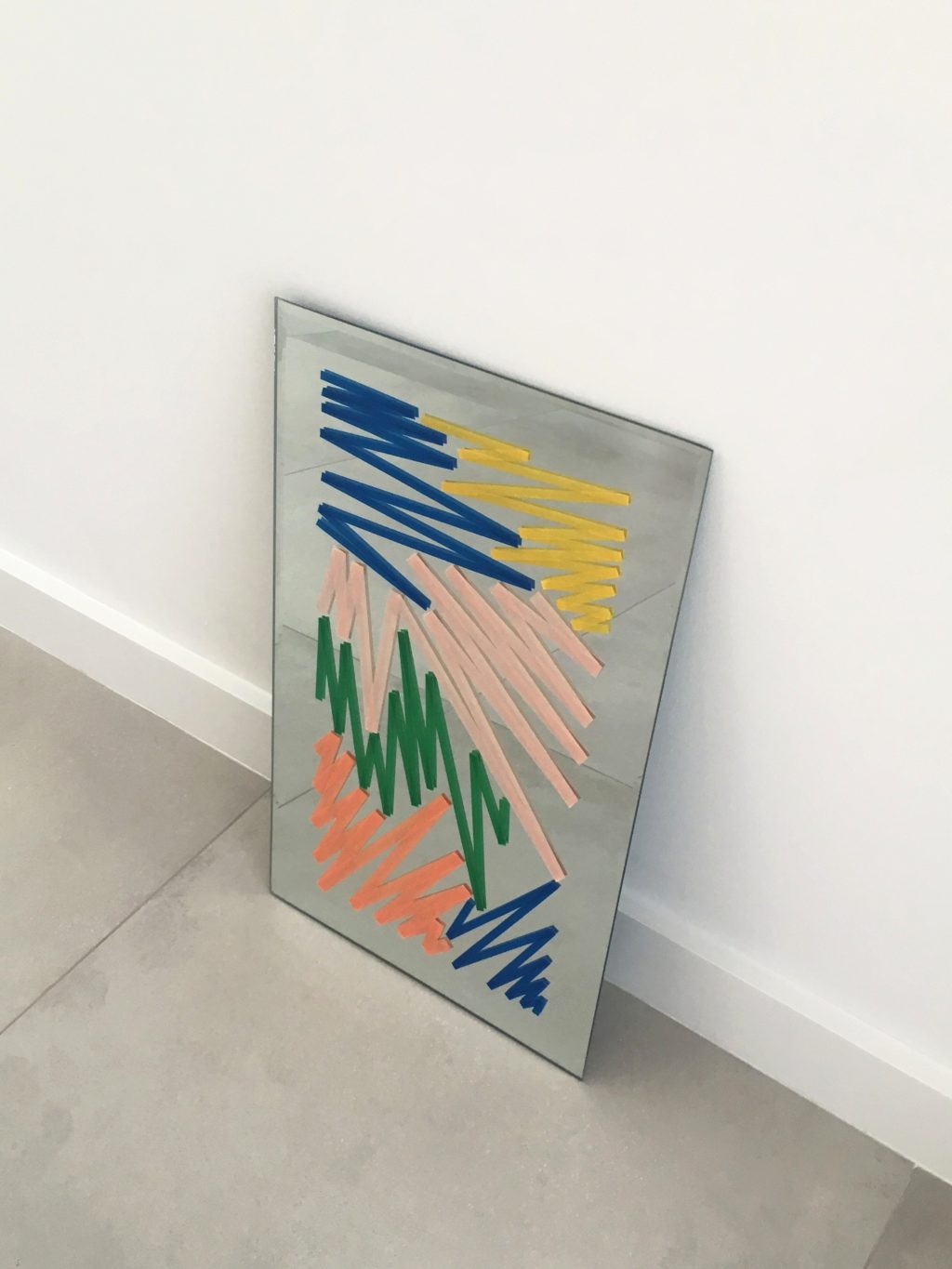 I open up the most intimate parts of myself and put them on display. It’s not an easy thing to do.

As a creative and expressive force Jimena breathes life into today's contemporary culture, exuding a remarkably fresh authenticity. You’ve likely encountered her work at the Ace Hotel in LA, or one of her multiple shows in CDMX. She plays on permanence, the fragility of our ideas, bodies, and identity through unexpected material relationships + mixed mediums. She’s made waves among today’s contemporary Mexican artists, having held artistic residencies in the same sphere as Pedro Reyes. Somehow, she still finds the time to run her graphic design studio and occasionally moonlight as an art director.

Jimena learned to skateboard in college. But she’s maintained an infatuation for skaters and the skate culture since childhood. It was her little brother that taught her how to skate. It was a moment that brought them together as they often are apart from one another. JIMENA: I was drawn to the movement, the range of tricks, it was all so liberating to watch, the way they so confidently ride, no worries, pure joy, and adrenaline. I dialed into that pulse, down the noise the wheels make undulating on the pavement, it’s so satisfying to hear! When I skate I detach from reality and just enjoy that moment. The skateboard has been the one thing to come along with Jimena to every city she’s ever lived in after college. Making art means Jimena moves around a lot, and skating consistently has been an off-the-grid escape from stress or worry, and a tool to forge impromptu experiences with family and friends. Moving it to the top of the list of Jimena’s most meaningful objects today.

JIMENA: I’m from Mexico and I’m a proud Mexican. I don’t really see myself any where else at this part of my life/ career, though plans can change, often in the most unexpected ways sometimes. Having moved around a lot, more than I would’ve preferred at times, it’s lead to me feeling somewhat lost. Thinking about where my true home is. But that said, my Identity will always be with Mexico City. JIMENA: I’ve been nomadic since I was a child. In that way, I struggle with stability and this translates deeply into my artwork. I’ve made huge adjustments growing into the person I confidently am today. I left CDMX young. My early days in CDMX were narrow-minded, spent at an all-girl catholic private school, having all the formalities common with the “well-behaved girl” reputation. I experienced a different way of living in Geneva, Switzerland, during my tenure at an International High School. It was co-ed school with no uniforms or religion, here was a spark, a new mix of people + inspirations and a community that embraced the arts and diversity. I explored, I experimented and found myself getting increasingly comfortable in my own skin.

Tell us about a time it was hard to be yourself. JIMENA: It had to be going to Miami after Geneva. Miami is latin, but it wasn’t the same as Mexico City and that misaligned. I was a senior in high school, entering an all-girls catholic school again as the new girl. It was a huge clash with my identity and I was really disconnected to the group of people I was surrounded by at the time. All of the pressures to conform came rushing back in, from S.A.T preparation and college applications, to simply making the decision not to go to and Art College to appease my parents. I was lost and confused at that age in my own care free way.

JIMENA: After graduating from the University of Miami (Graphic Design x Visual Journalism), there was New York. Suddenly, it all clicked. The repressed girl from childhood held back in adolescence thrived in this city! I embraced my emotions, I played in new mediums and learned/started to visually express my story. I discovered my ability to take abstract ideas and make them come to life. I made life long friends and let go of some toxic ways of thinking. The path to reconnecting with her identity and Mexico City was in NY and that’s why NY was so meaningful. It all started with me doing street art experiments using gaffer tape. I didn’t take it too seriously. I had a corporate job, so the weekends were my time to create. I wanted to positively impact the city with art. So I created pieces that were short-lived, making a meaningful visual impression and then naturally dismantled by city dwellers or the city itself. Jimena’s migratory spirit translated to approaches that got her recognized. Her work obviously plays to the tensions she experiences coming of age, juxtaposing permanent with temporary, emotion with nostalgia, and uses distance and connection as a medium.

WHAT’S SOMETHING PEOPLE DON’T KNOW ABOUT JIMENA, THAT YOU’D WANT EVERYONE TO HEAR?

I’M VULNERABLE. JIMENA: You’ve probably heard other artist say this but, that doesn’t make it any less true —Art making is where I confront my insecurities + fears. I open up intimate/sensitive parts of myself and put them on display. It’s not an easy thing to do. The process is weirdly empowering. It’s a tension I’ve learned to crave, being afraid but also super-empowered by constantly being able to confront that fear.

ABOUT Jimena (b.1990) is based in her hometown Mexico City, pursuing her artwork and design studio endeavors. More info: jimenamontemayer.com 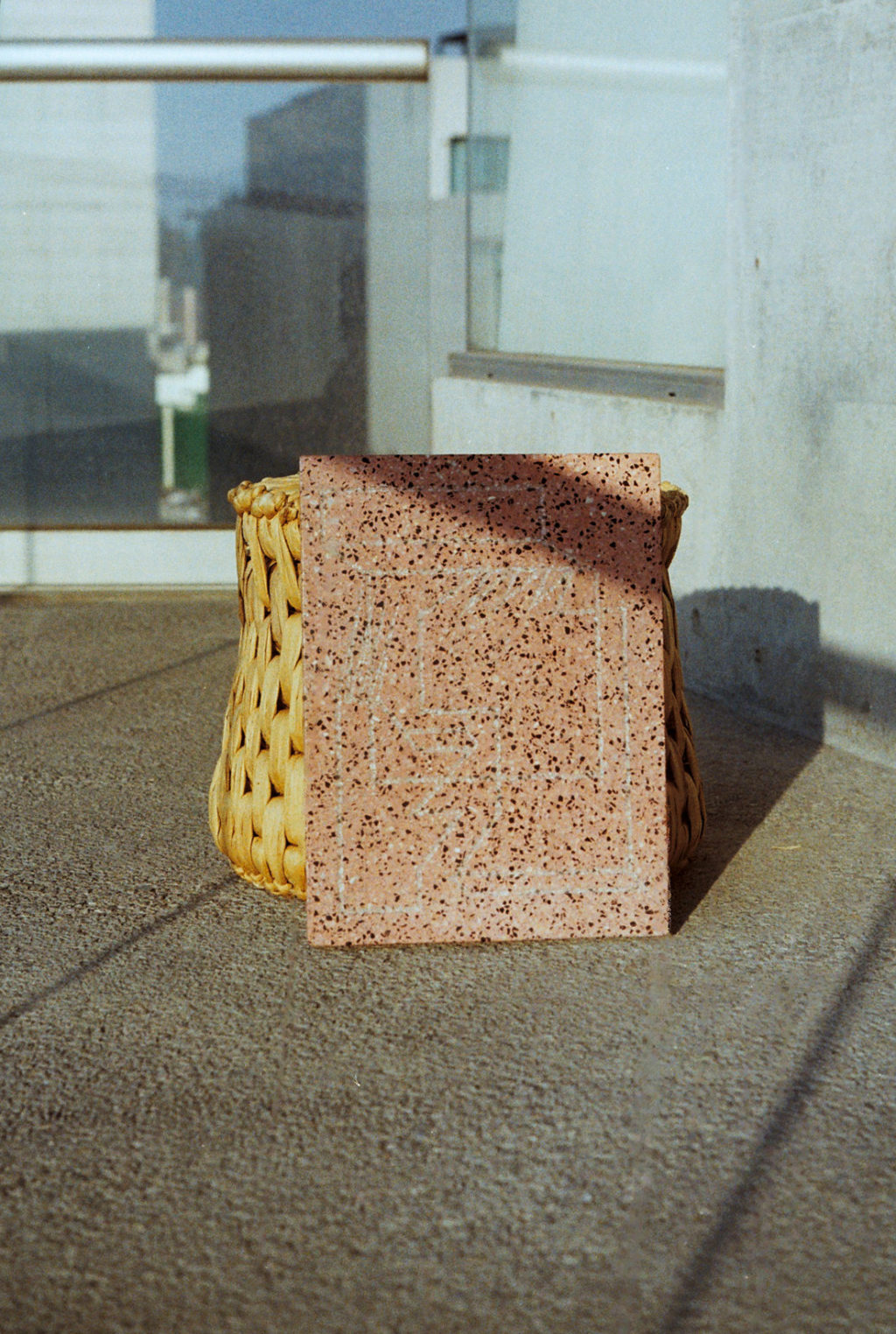 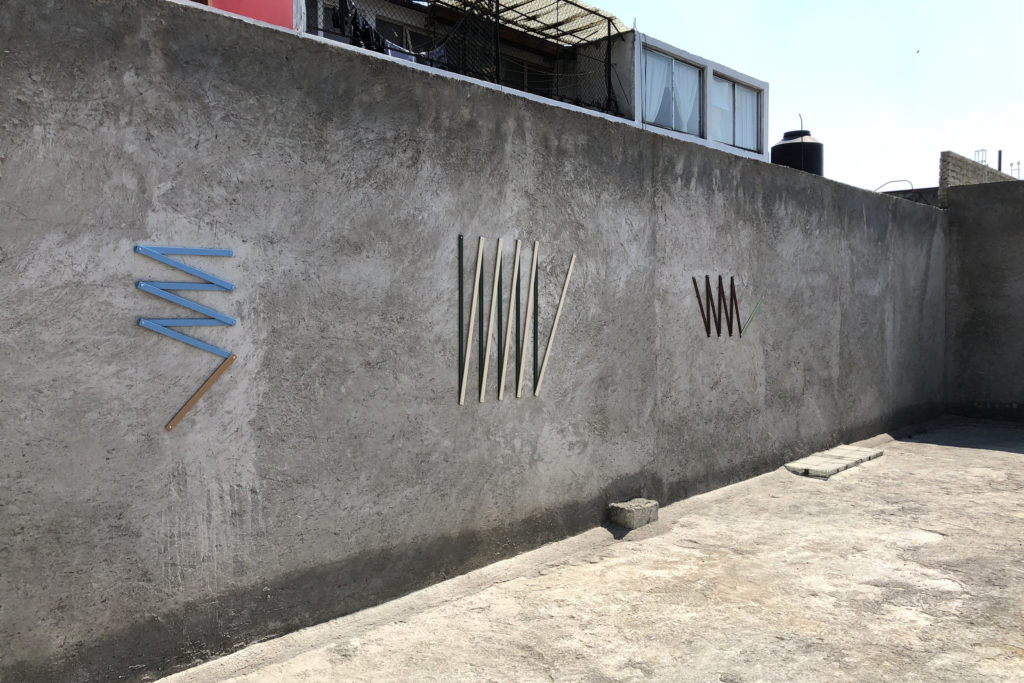 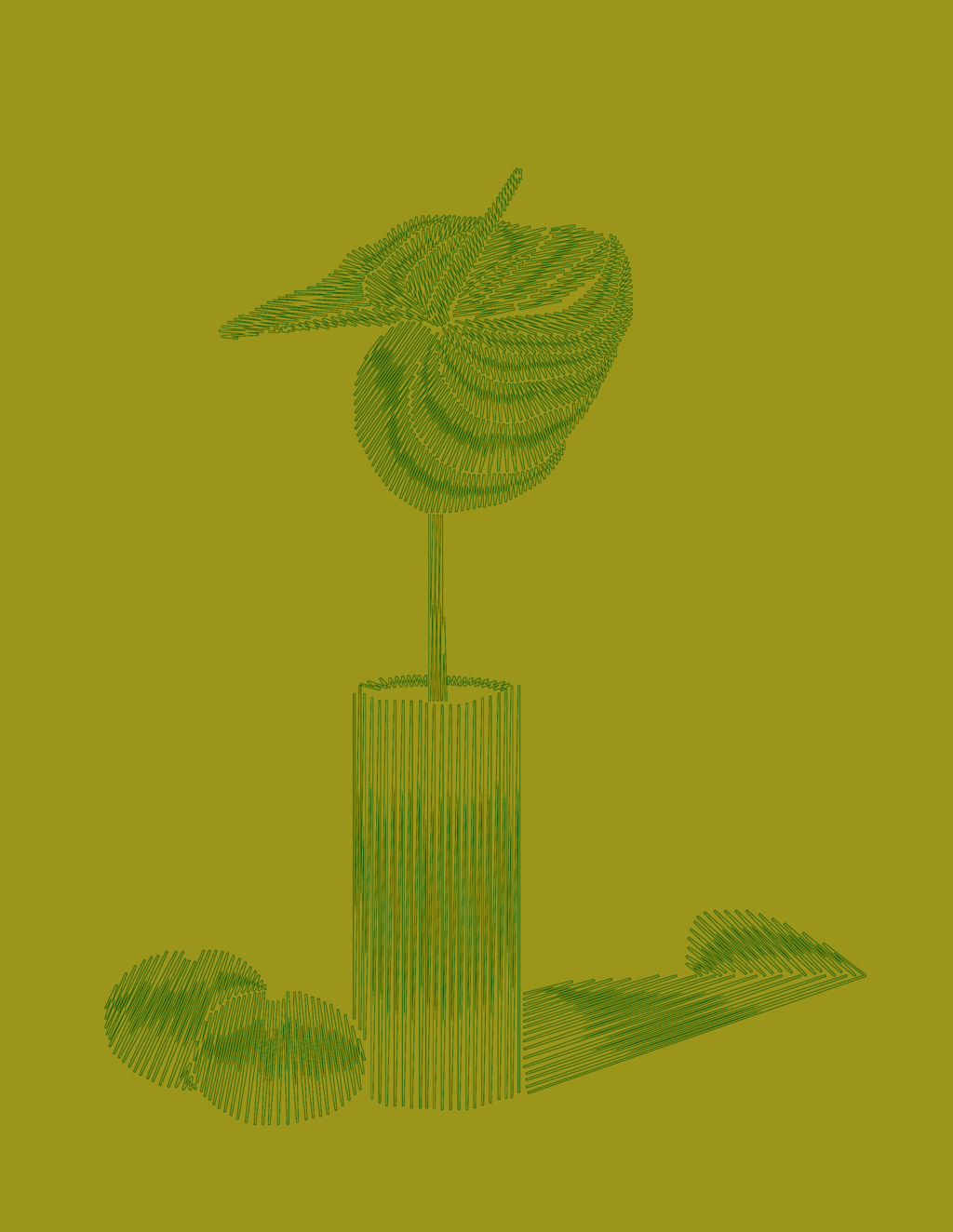 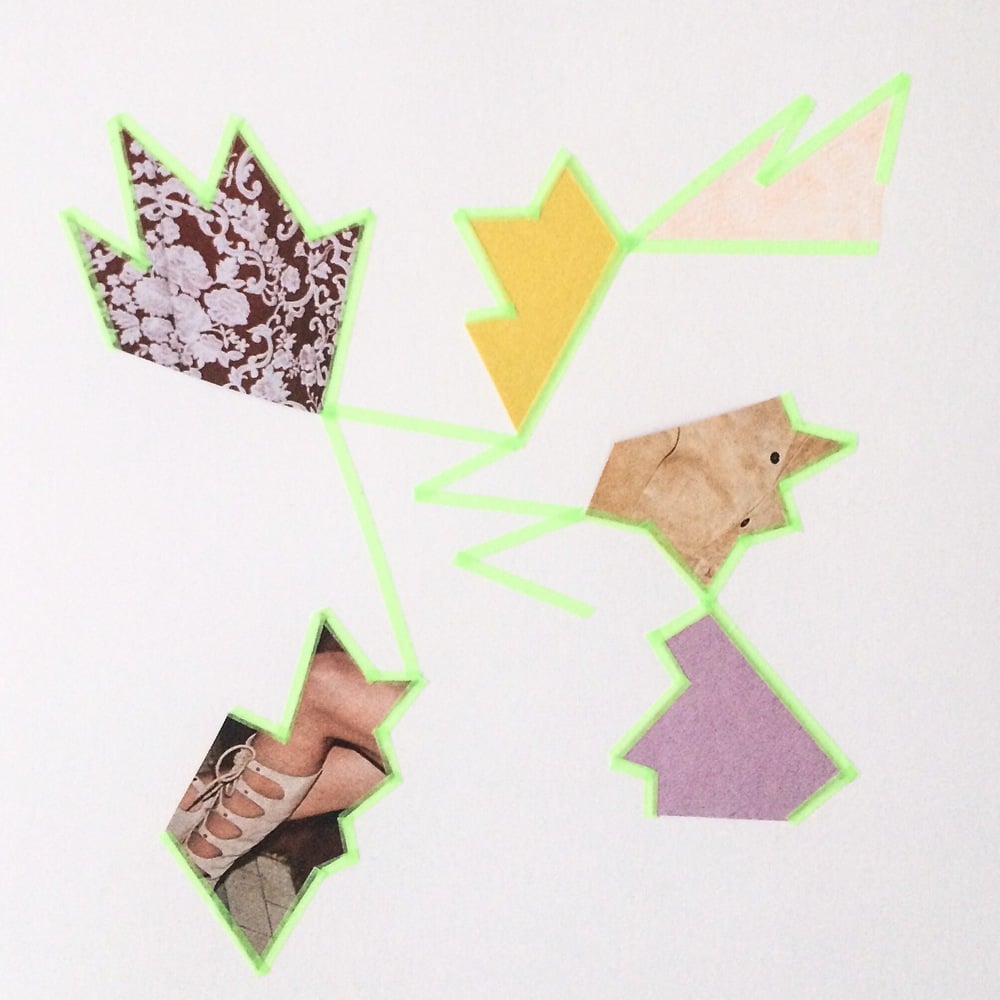