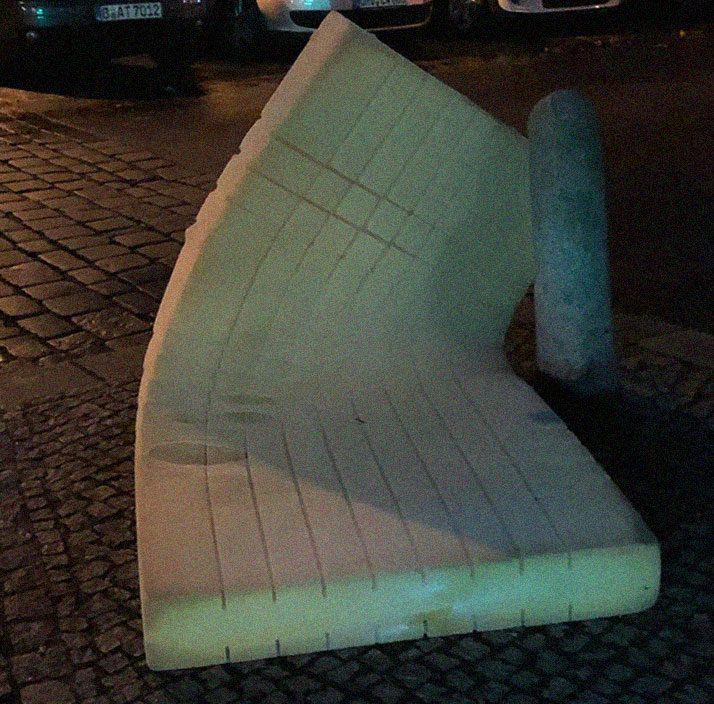 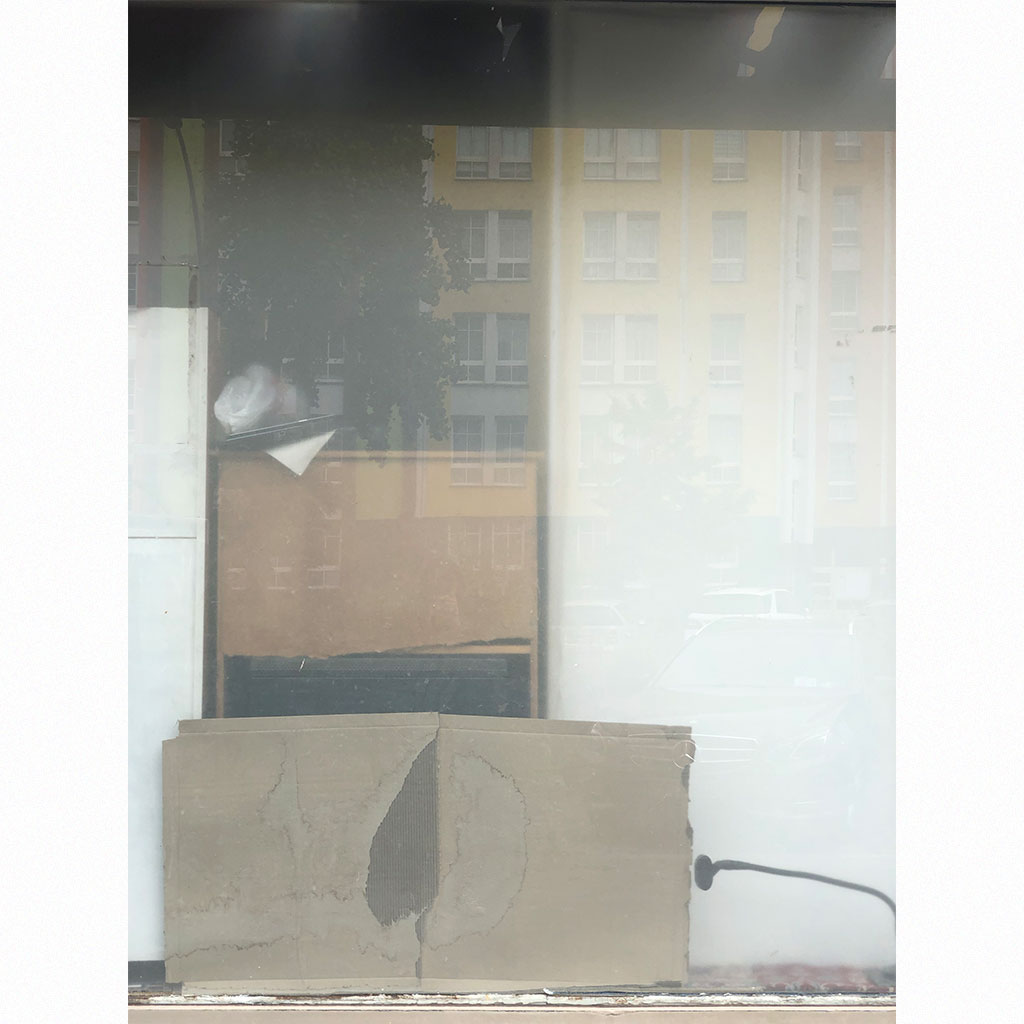 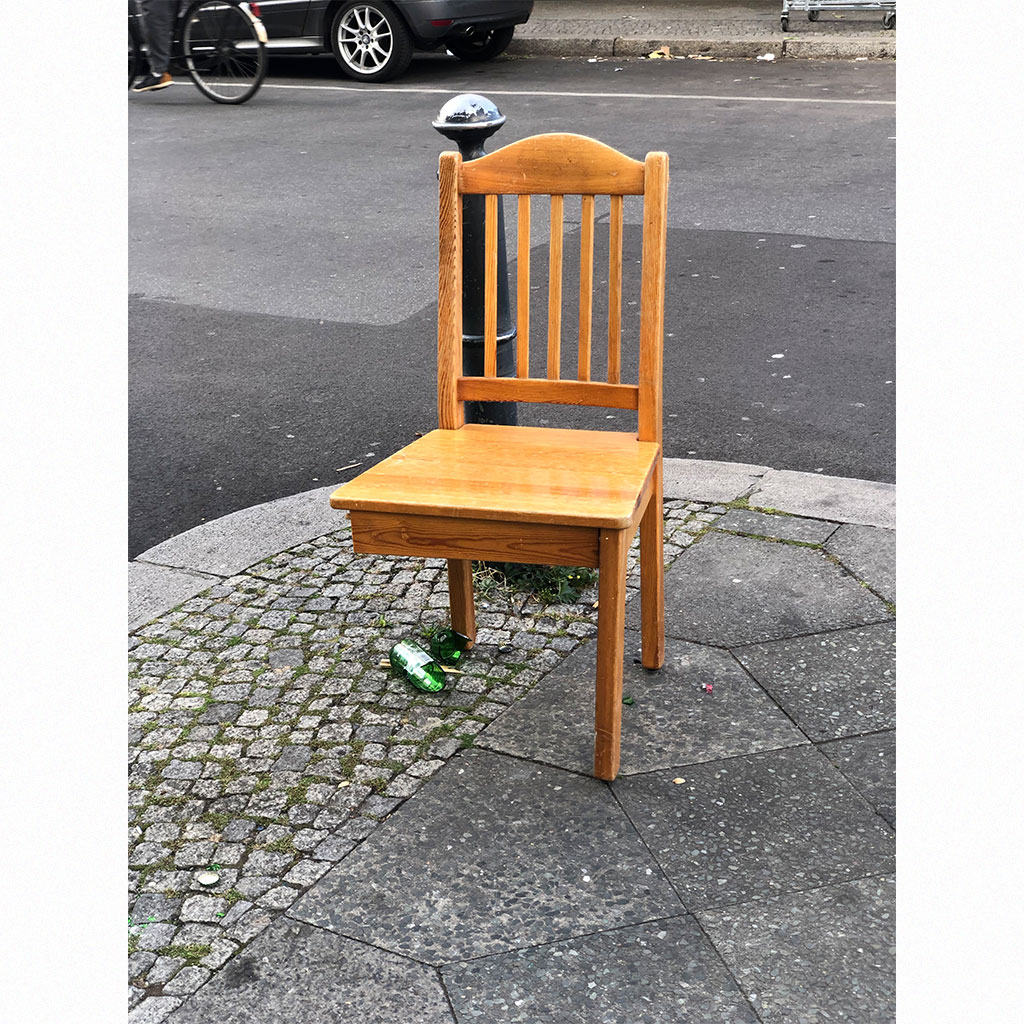 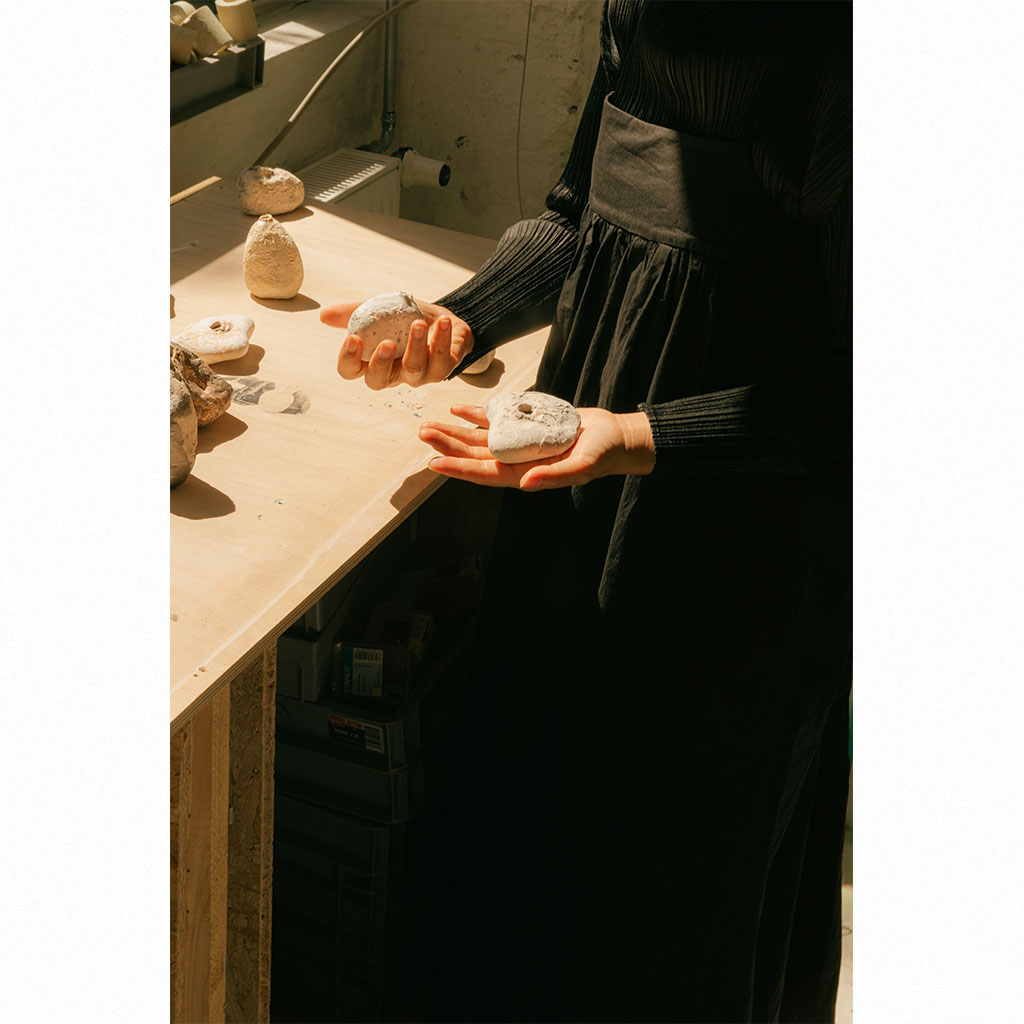 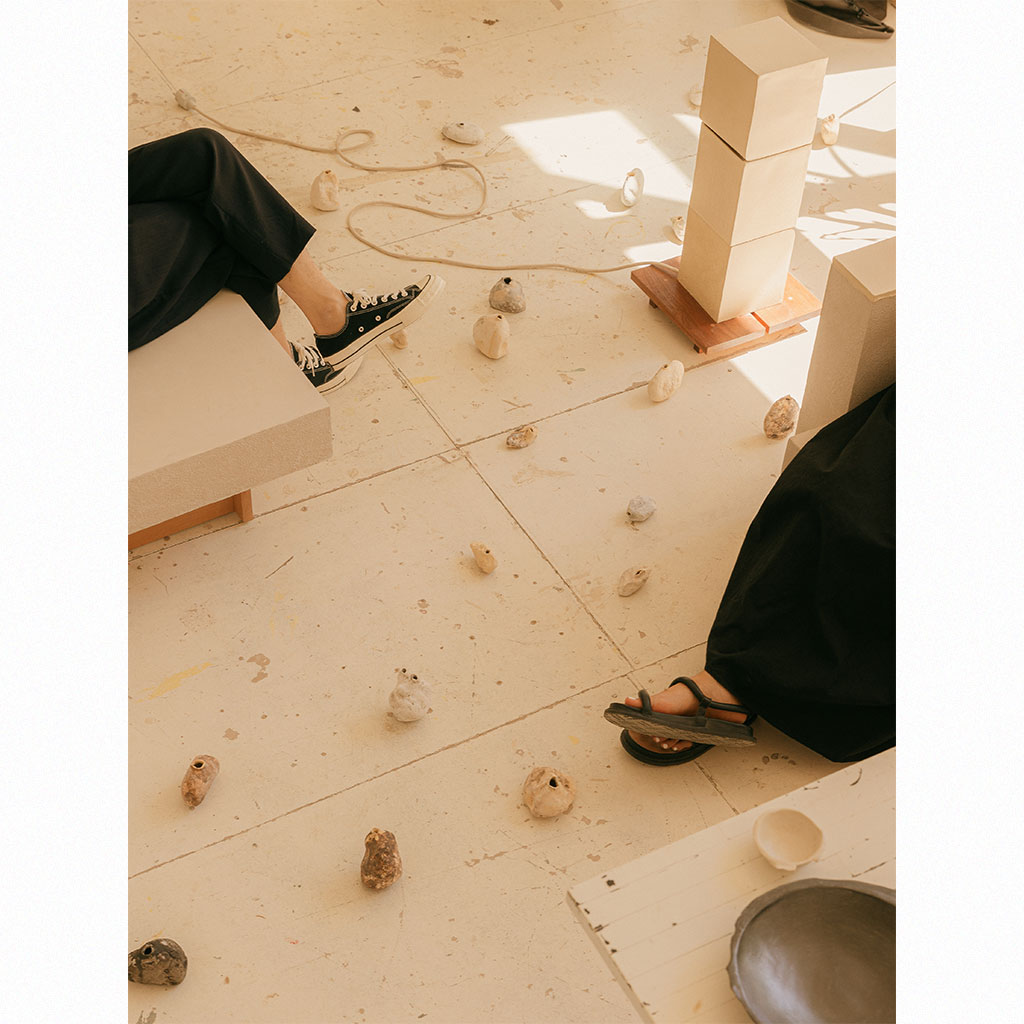 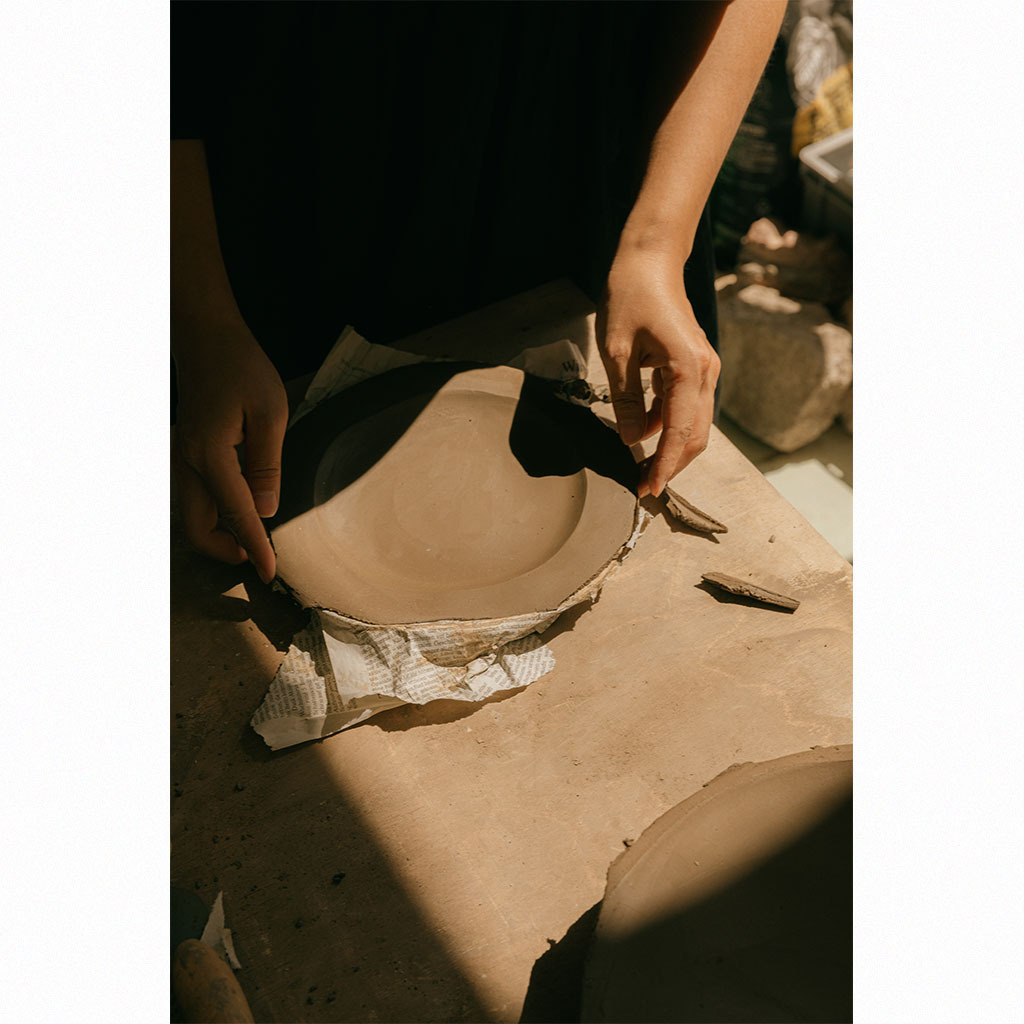 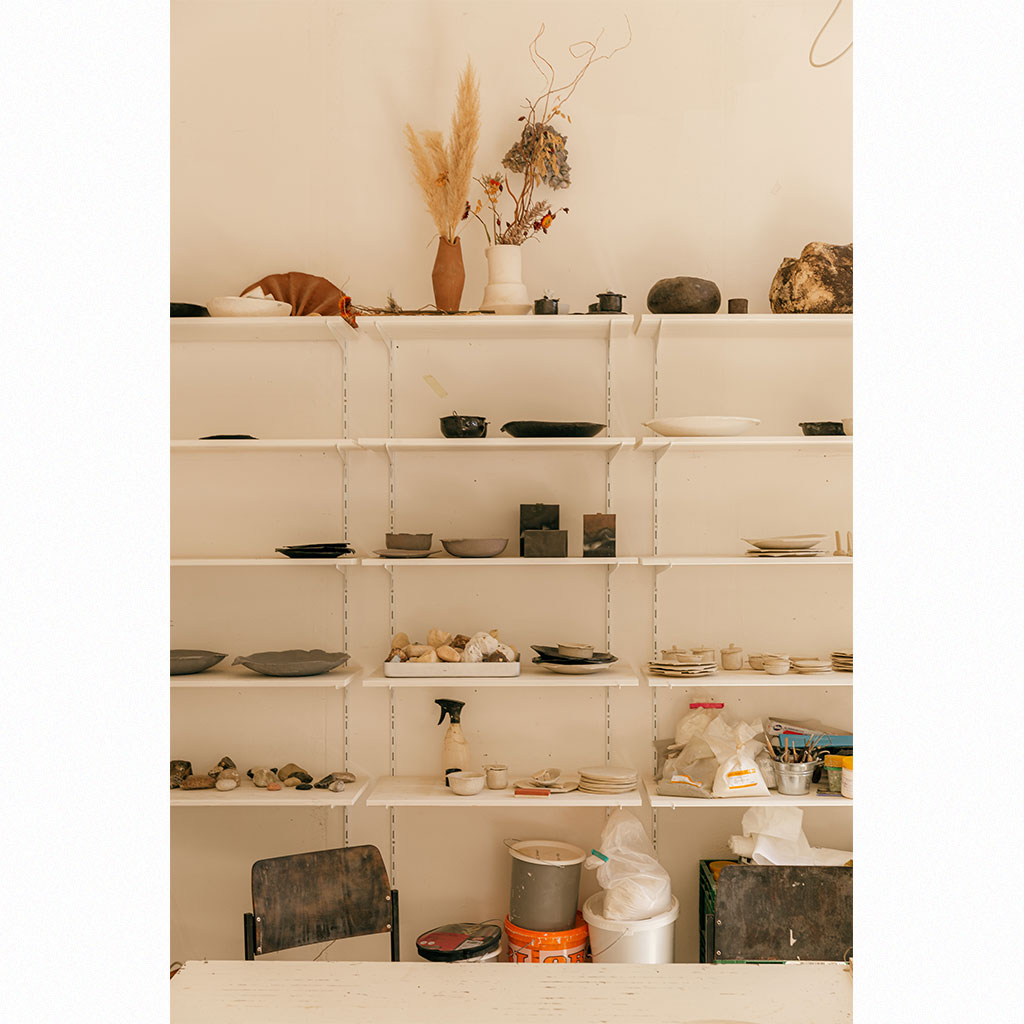 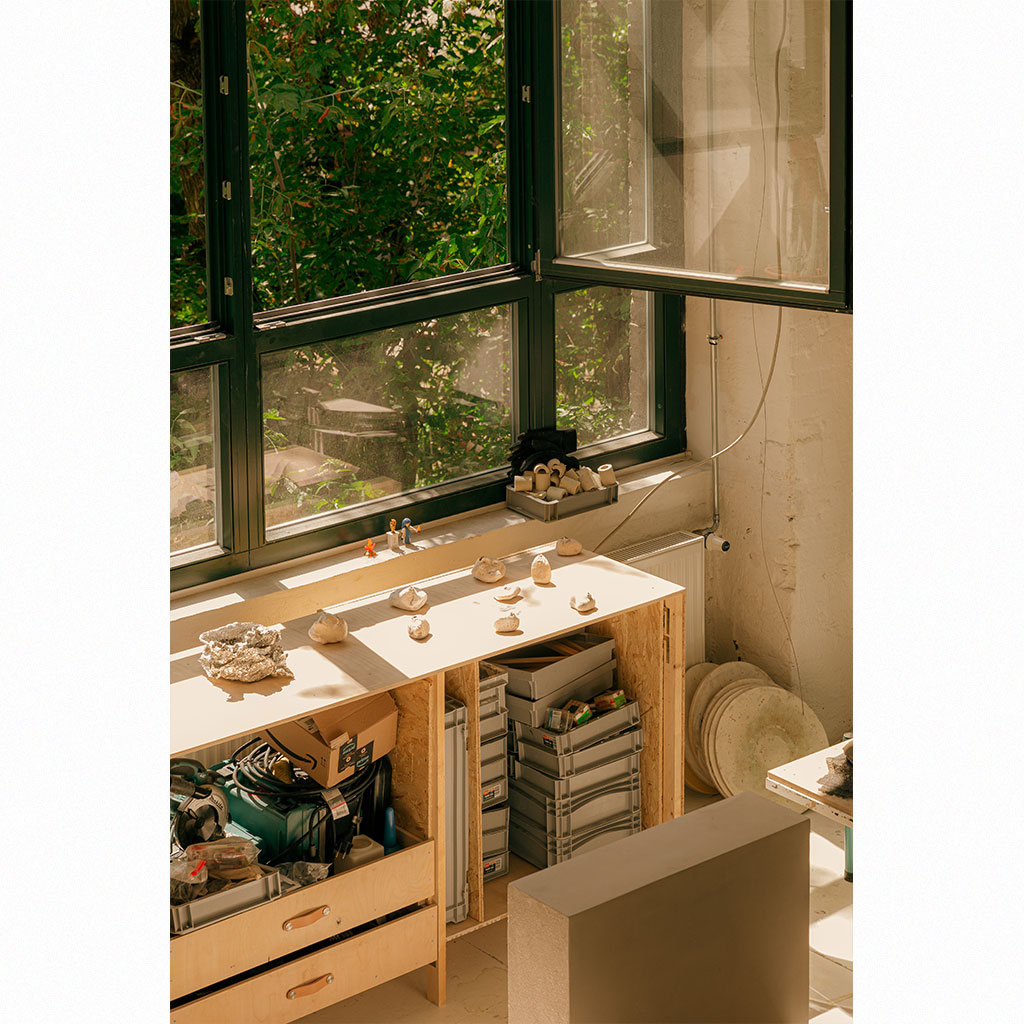 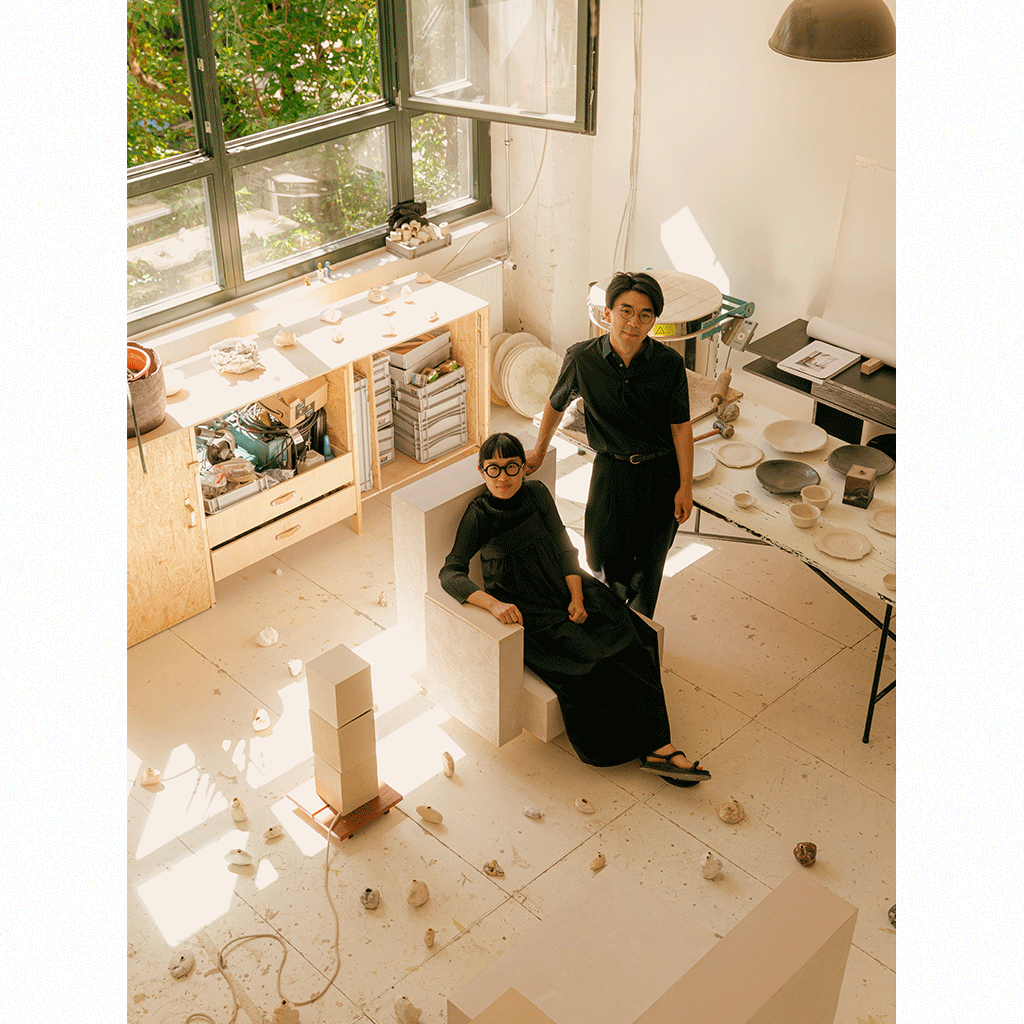 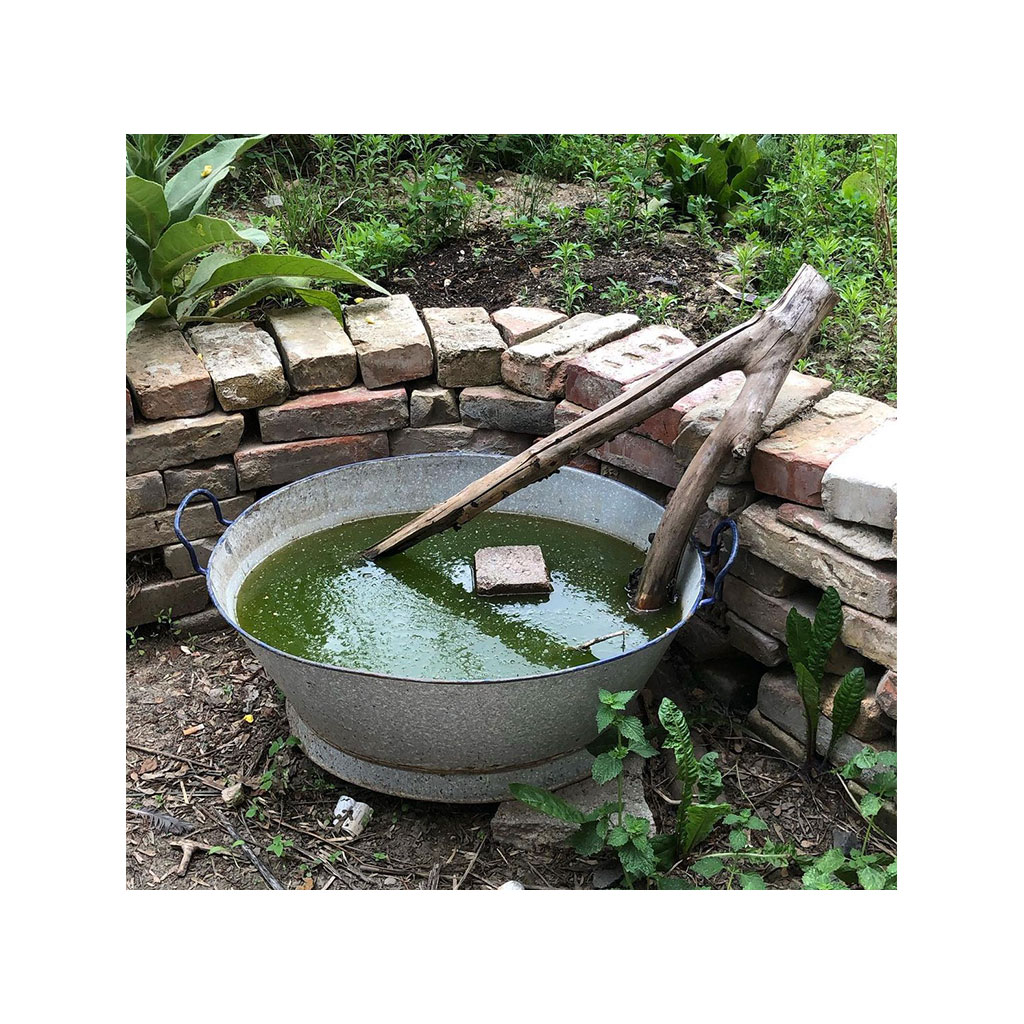 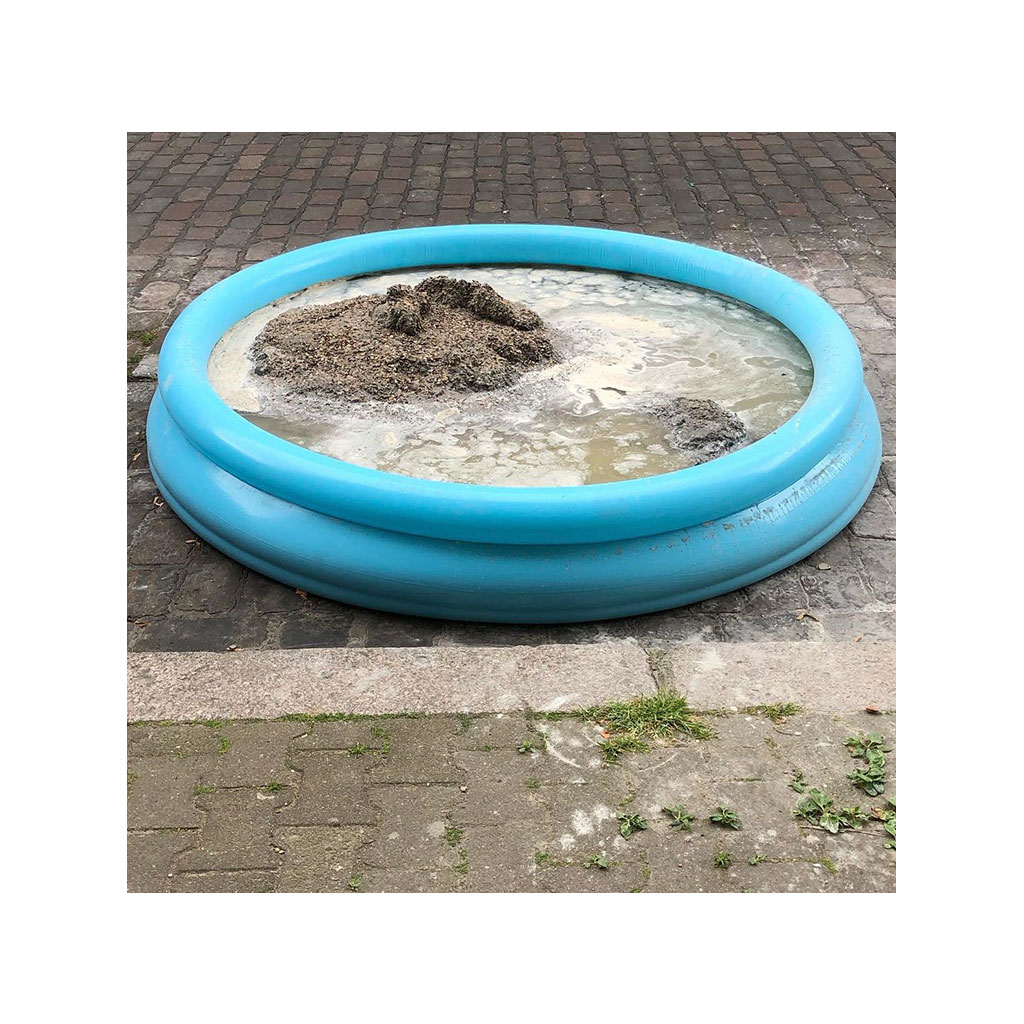 There's something about the way they’re placed and how they end up being. The shapes, the materials, the angles, the negative space, and how the light falls on them, it’s from all of this that we draw inspiration.

Ying & Kai of Yellow Nose Studio are remarkable in all the right ways. They’re distinguished by an approach that is felt just as much as it is seen. It’s the right balance of spatial awareness, brutalist form & natural elements converging into object expressions that put simply, are delightful & make you think. We’re all familiar with the archetypes, space, tableware, and furniture, but Ying & Kai reinterpret how we experience them.

They connected while studying Architecture at Shih-Chien University in Taiwan, and currently operate out of their Studio in Berlin. Having diverse backgrounds, that range from product design to scenography & stage design they decided to embark on an exploration to bring their sensibilities together as a concept studio: Yellow Nose Studio.

YING & KAI
We were a little surprised by this question. It’s hard to isolate a single object. What we can say that really inspires currently is the range of objects we encounter during our daily walk from our home to our studio.

There are always objects placed outside on the street. There's something about the way they’re placed and how they end up being. The shapes, the materials, the angles, the negative space, and how the light falls on these objects, it’s all of this that we draw inspiration from.

The objects constantly change but there’s always something to take away each day.

The scattered objects were amongst the first things they noticed when they moved to Berlin. These random, honest, and provocative things, are what they are and they fall however they are placed. There’s an ever-present narrative rich and highly considered placement of things in Ying & Kai’s approach. Complete with a bunch of little delightful moments. There is a clear correlation between what Ying & Kai find intriguing about the found objects and their actual approach to the design of everyday things. Ying & Kai snap cell phone images and have quite an impressive catalog of little inspiring found object moments from their daily journey to their studio.

The Studio itself is in a Historic and Industrial area of Berlin. The neighborhood is raw & a Community of artists and designers. The daily walk from home to the studio is also inspiring. They follow a canal in an England where the Industrial city flows into nature. The walk refreshed the mind and recharges the soul. Refreshing mindset knowing we follow the canal to our studio. A daily retreat.

Tell us about a time it was hard to be yourself, or when being yourself led to a breakthrough?

For Ying & Kai, this meant embracing how you actually want to go about something rather than defaulting to the understood approach.

YING & KAI
We want to be authentic, really showing people how we see things. It took a little time to figure out how to do this. Early on, in Berlin, we put on an exhibition, it was to be our Debut to the Berlin Scene. We heavily promoted but only friends and family showed up. We feel like this happened because we hadn't quite figured it out yet. It was discouraging but it made us really start to think about who we were. Thinking about howto find our voice amongst all of the noise in a bustling creative scene. We decided to give it another go at Paris Design Week. We took the typical approach and turned it upside down and inside out. In exchange for dominance and trying to stand out,  we offered the opposite.

This is where it really clicked for Ying & Kai. They produced a monochromatic ceramics x furniture collection that presented a brilliant stillness amongst the noise. Nothing was glorified, it was almost like they weren't presenting anything at all, and in that way this was everything. The furniture had even more intriguing moments hidden inside waiting to be discovered. When people walked by they almost saw nothing, they couldn't get it all in one glance. It made people inquire about what they even do, and this is exactly what they wanted. There’s a certain power in just being.

WHAT’S SOMETHING PEOPLE DON’T KNOW ABOUT YELLOW NOSE STUDIO, THAT YOU’D WANT
EVERYONE TO HEAR?

YING & KAI
We are known for furniture and objects. But ultimately we want to primarily practice interior architecture and spatial design.

What’s also not widely known is how Ying & Kai arrived at the name,  Yellow Nose Studio. Yellow nose seeks to know for the creation of Space & objects
Yellow, is meant to represent the Sun or light. Light is the most important aspect of spatial design. The Nose, a “nose,”  is meant to embody an overall good design sensibility.

ABOUT  Yellow Nose is a Berlin-based studio founded in (2017) by Hsin-Ying Ho and Kai-Ming Tung—a Taiwanese duo with backgrounds in architecture. The pair are constantly on a quest to find the perfect balance within space through handmade objects. Following a desire to create using raw materials in unforeseen ways, they craft with the organic to present items that are usually inorganic, display their logic through emotional processes, and ultimately propel their craft forward through waves of industrial design. Yellow Nose Studio endeavors to represent slow living through living tools for savoring the spaces we live in and walk through from day to day. 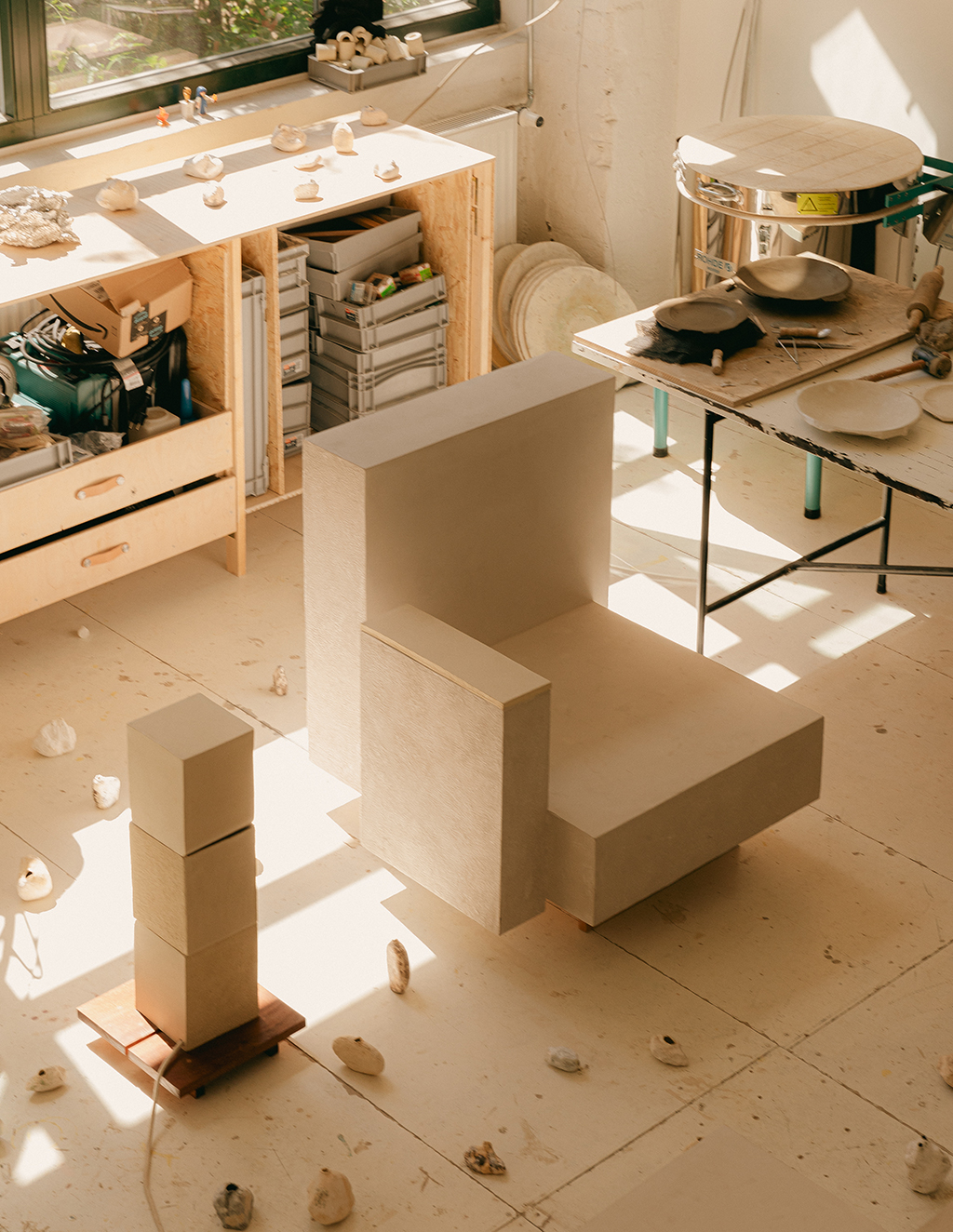 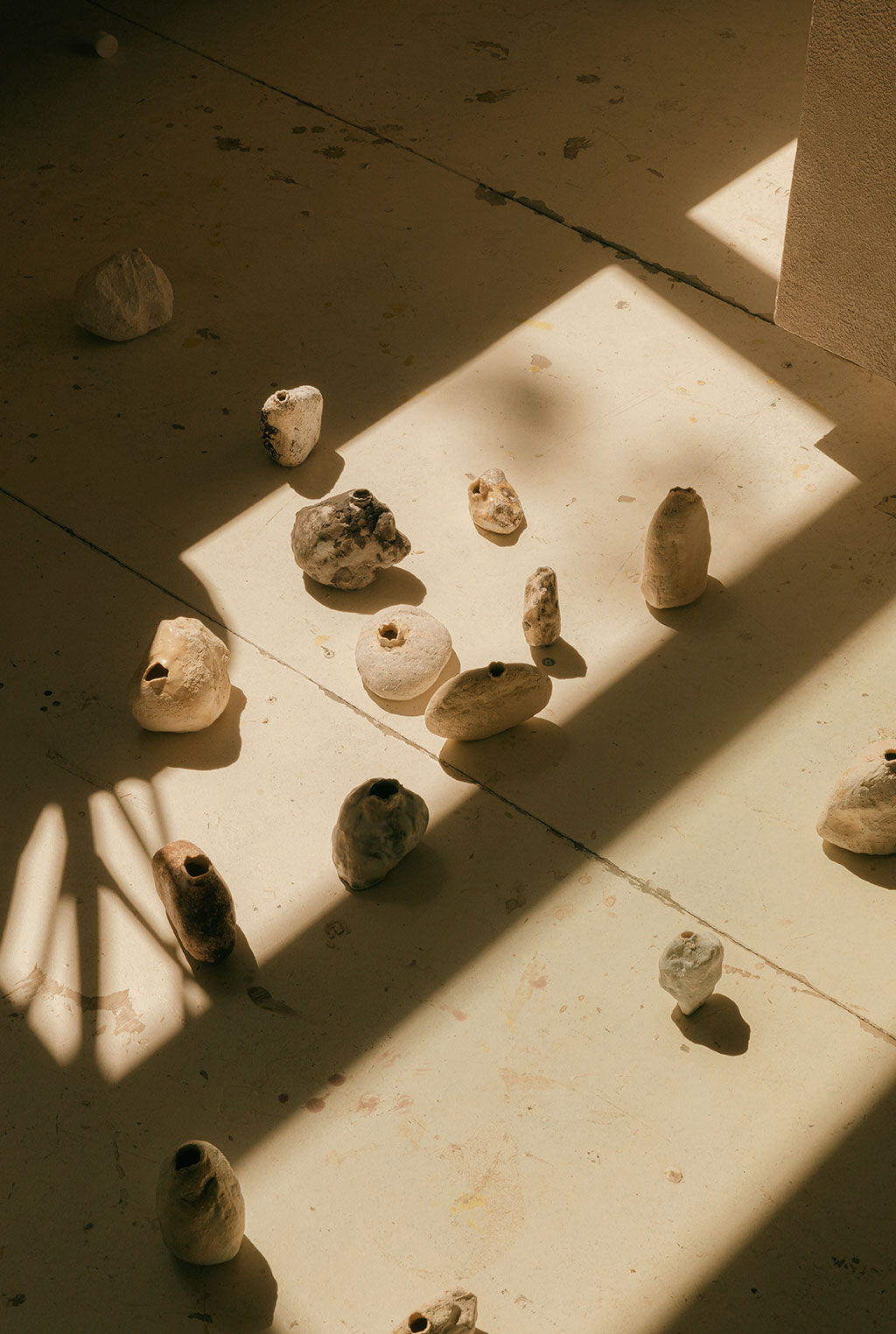 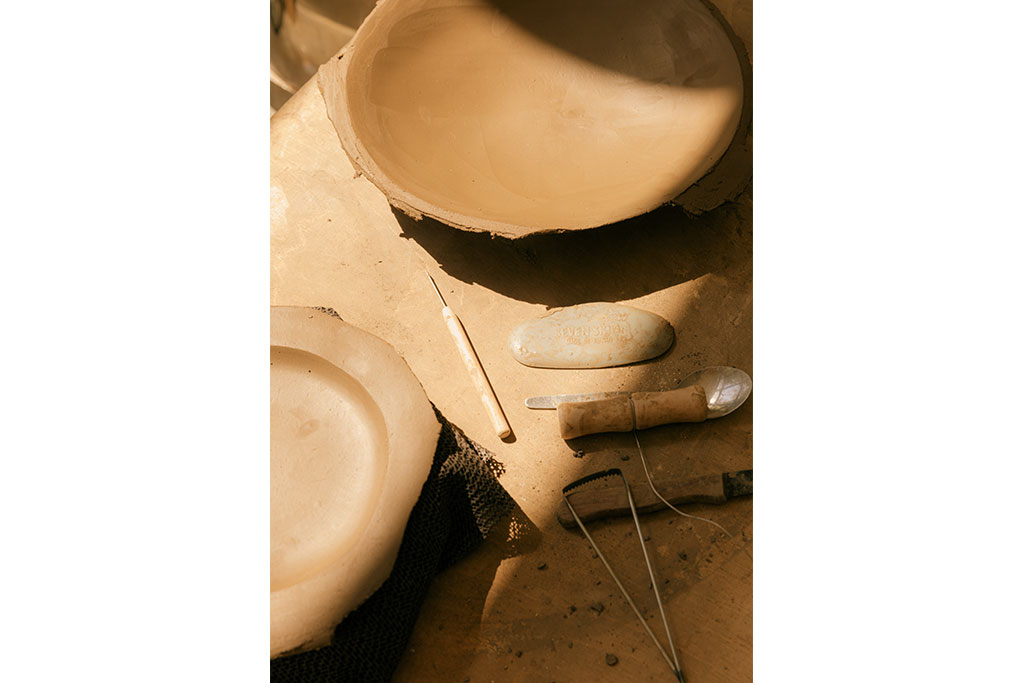 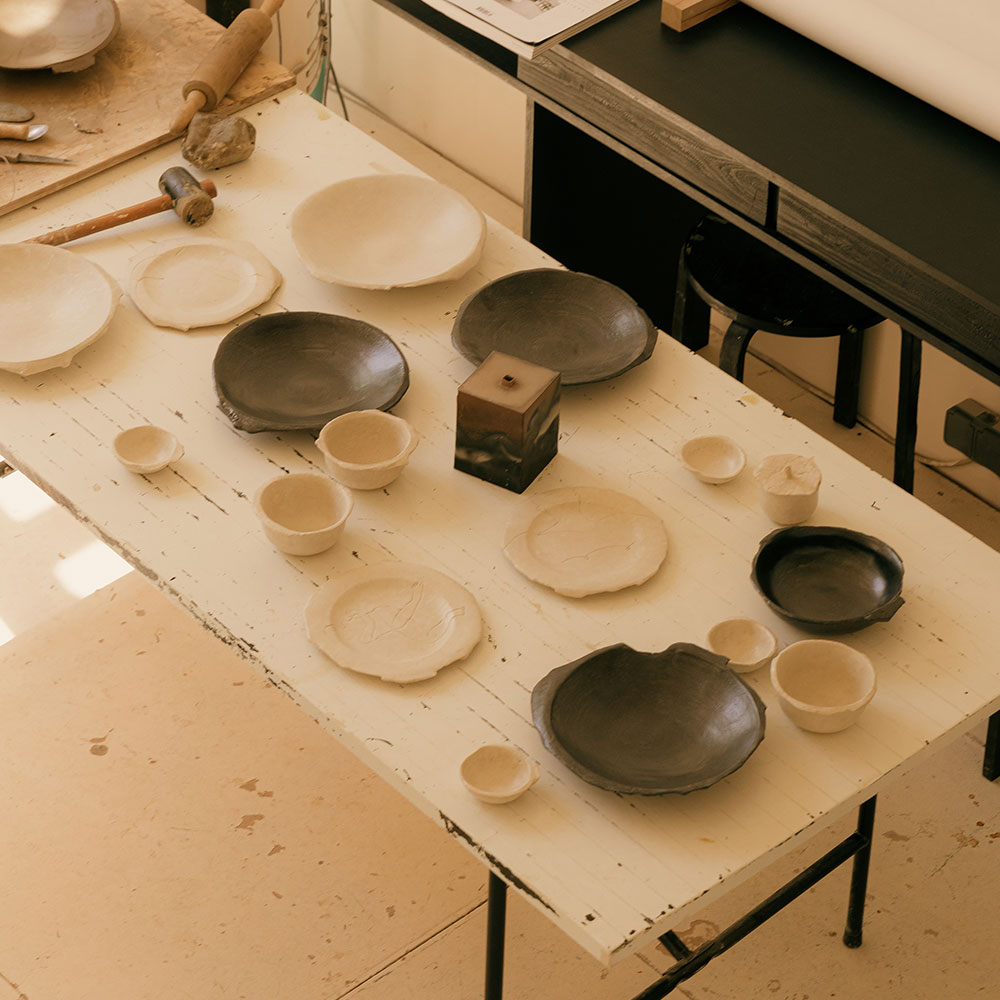